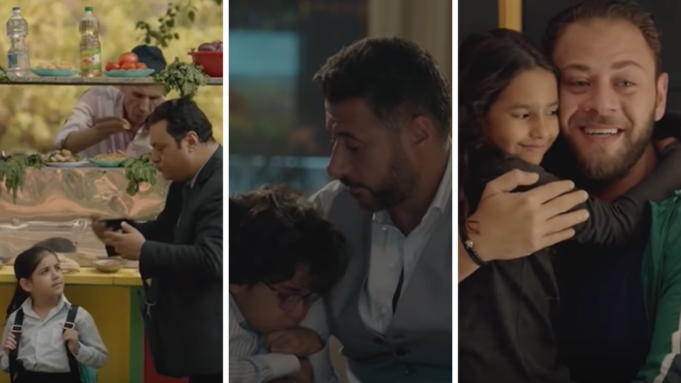 Out of the Ramadan race, TV shows in Egypt tend to fall into 2 categories: thrilling mysteries or heartwarming family tales, both intriguing and exciting but admittedly a little traditional.

But if you’re bored of tradition, then don’t worry. Shebr Maya, DMC’s newest venture starring an ensemble featuring Ahmed El-Sa’adany, isn’t anything like that.

The focus on Egyptian fatherhood in this series shows us three new sides to the paternal stereotype of always being stoic or overwhelmed and we love it!

One of the three main men the series focuses on, Akram is a hardworking single dad to his daughter Gamila, who’s incredibly attached to him in a way that’s honestly heartwarming. The problem?

Well, Akram is in a constant tug of power with his dead wife’s parents. He especially has issues with the grandpa, who insists on a better environment for Gamila even if that means the girl never sees her father again.

Through all these struggles, parental as well as deeply personal ones, Akram tries to be the best father he can be, through a devotion that makes us recall our own beloved father-figures.

Man of the hour Yassin is a successful business man who leads a fun bachelor, Tony Stark type of lifestyle. That is, of course, until one of his exes shows up at his doorstep with his son, pre-schooler Ziad.

The pair has to live together after the mother disappears, prompting a series of funny and heartwarming events as they try to cope with their new normal.

This story is also the most compelling. It’s mostly a tale about responsibility and finding your pace in a new role and accepting the struggles and possible failures that will come in the way — kind of what fatherhood is all about.

Though he has a story that mostly centers on his relationship conflicts, Anas is still a father, who actually acts like it.

This is kinda groundbreaking in its own way. Usually these type of male characters tend to forget the whole fatherhood thing because TV logic says romance trumps family. Not for Anas, though. He struggles with the reality of failed marriages, child support, and still participates in his kid’s school-play.

With these three different stories explored, Shebr Maya has successfully put a spotlight on fathers that has been long-forgotten.

And that’s a great thing, too, because it means that there will be more of these stories in the future, allowing many different sides to be represented.