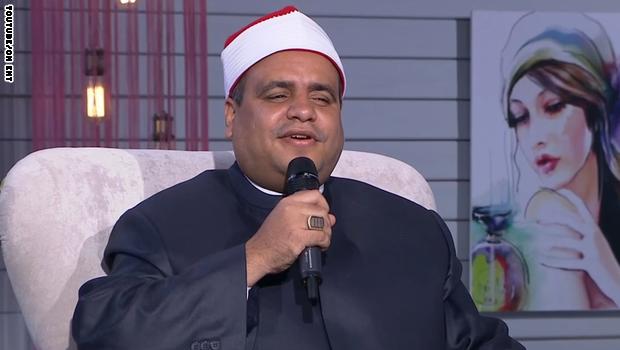 Egypt’s Ministry of Endowments banned Sheikh Ehab Younis from performing any of his duties which include leading the prayers, preaching and conducting religious classes, after he sang “Lesa Faker”, Om Kolthoum’s popular song, live on air while wearing his traditional Azhar attire.

Sheikh Ehab Younis is also called in for investigation for a filed report. A statement by the Ministry read: “Due to his actions, that included behaviors which contradict with the main nature and his duties as an Imam and Sheikh, Sheikh Ehab Abdo Younis Abdel Rahim was banned from performing any preaching, leading prayers or religious classes until the investigation is over.”

Sheikh Gaber Tayea, the Head of the Religious Sector and Chairman of the Ethical Committee of the Ministry of Endowments, was the one who forced the ban.