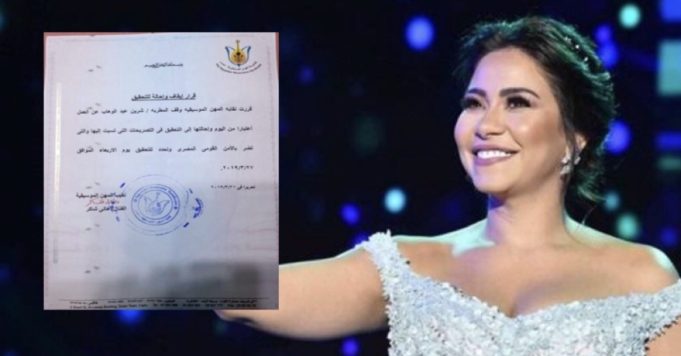 While this has happened for what feels like a million times already; this time, the situation seems serious.

Once again, Abdel Wahab has reportedly offended Egypt. And with many reports filed against her; she has been passed on to inquiry, as usual.

It has been said that lawyer Samir Sabry, who is commonly known for being “The lawyer of reports”, was the first to file the report against Sherine.

On Thursday, March 21; the singer was suspended from practicing her profession or any related artistic activities. Until the investigations and inquiries are done. 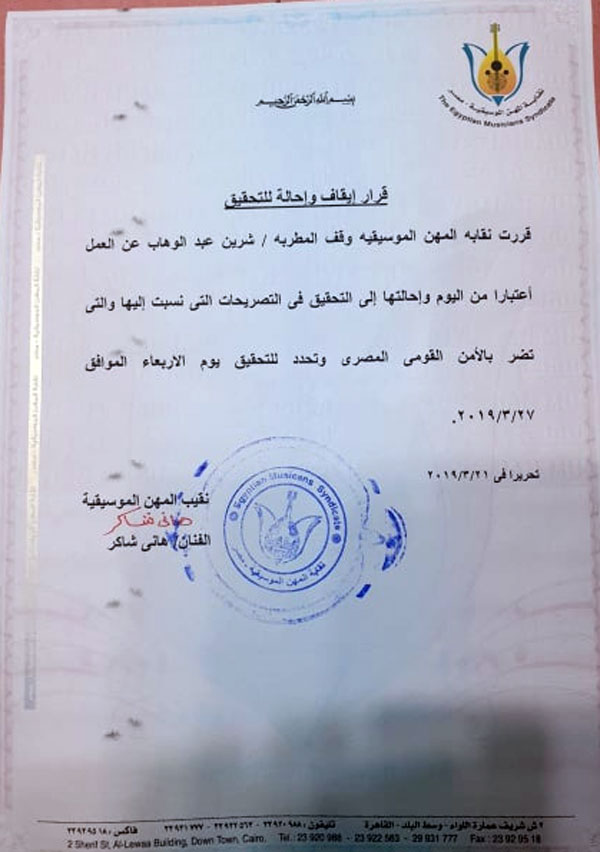 What Happened This Time?

Well, while Sherine Abdel Wahab is known for always sparking controversy and saying the wrong thing in public events, this time, on Thursday, March 14 in a Bahrain concert; she reportedly addressed the audience saying:

“I could talk freely here and say whatever I want, but you know, in Egypt, I can’t do that,”

However, so far, the sources are split between two different quotes. Others say that the singer’s exact words were :

“I could talk freely here because whoever speaks out in Egypt gets jailed,”

But we don’t know which quote is the accurate one since no footage or recordings have been released until now.

According to Tarek Mortada, the media adviser for the Syndicate of Musicians, the singer is now being accused and charged with damaging Egypt’s national security.

Moreover, it wasn’t long until Abdel Wahab addressed the controversy and released a statement. 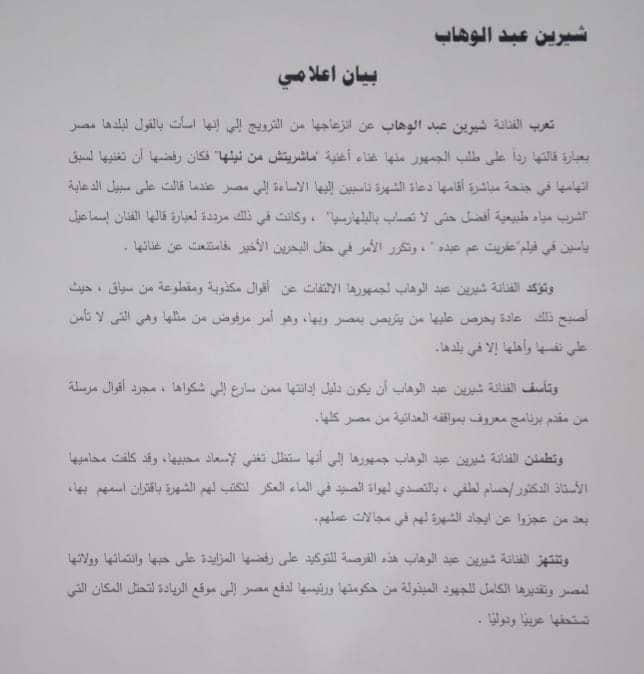 But this time, she did not issue an apology; she simply expressed her sadness and disbelief, she also urged her fans not to listen to the ‘false’ accusations; stressing that she won’t stop singing to make her fans happy.

According to the singer, the charges are based on hear-say, and words that were taken out of context.

It’s worth mentioning that as previously stated; this isn’t the first time such accusations are pointed at the singer.

In 2017, after the audience requested the popular song “Mashrebtesh Men Nelha“, she sarcastically replied back with “You’ll get Bilharzia“.

So, what do you guys think of these accusations this time around? Will it pass as always or is the singer’s career seriously on the line here?