After finally having a reachable medium where people could connect directly to psychiatrists, the database got hacked. Ahmed Abdel Salam, posted on Facebook that he received a chat between one of the patients and his doctor, as he warned people against using the website. 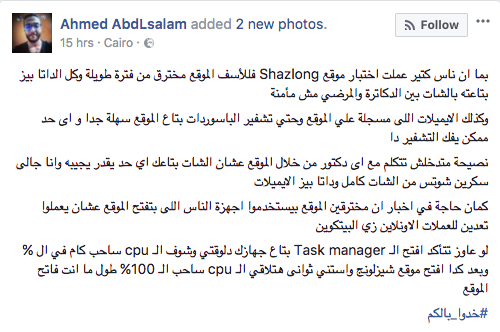 Abdel Salam also mentioned that the website security procedures for passwords, or anything, is not secured enough and can easily get hacked. This has been one of the loop holes since the development of the platform.

Shezlong, on the other hand, took an almost immediate action to save their reputation as well as their customers’ privacy. They chose to explain the situation on their Facebook page and how they handled it. 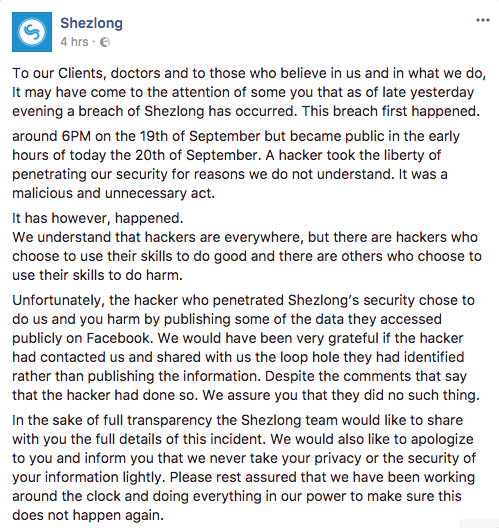 They also provided their customers with the actions that had been taken and are yet to take place. Moreover, they shared what the configurations resulted in finding, in order to keep their clients posted with what’s happening. 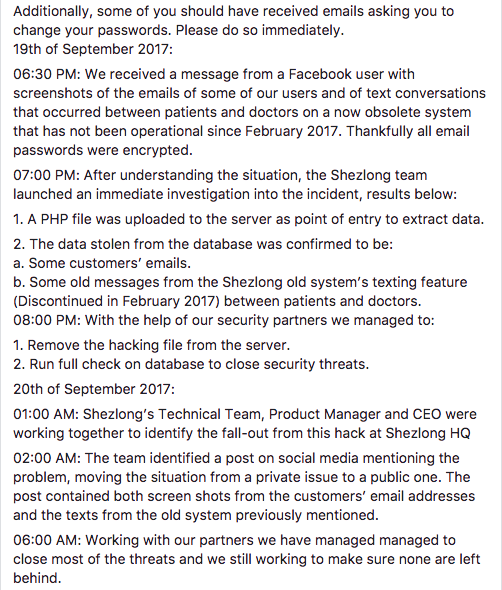 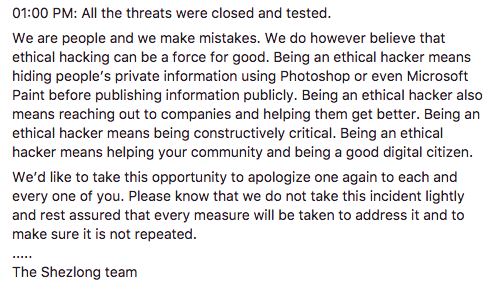 Thus, Shezlong faced a lot of support from their customers on their Facebook page.

I fail to understand how the hacker thought he could benefit from hacking into such a sensitive platform. Not only that, but also sharing strictly private information between a patient and his/her doctor. In a time where suicide cases has been on the rise, Shezlong was created to save those who suffer from depression or suicidal thoughts, and then comes this hacker to destroy a good deed.