Identity Magazine
Home Lifestyle Should, Could or Would You Be Friends With Your Ex?
Facebook
Twitter
Google+ 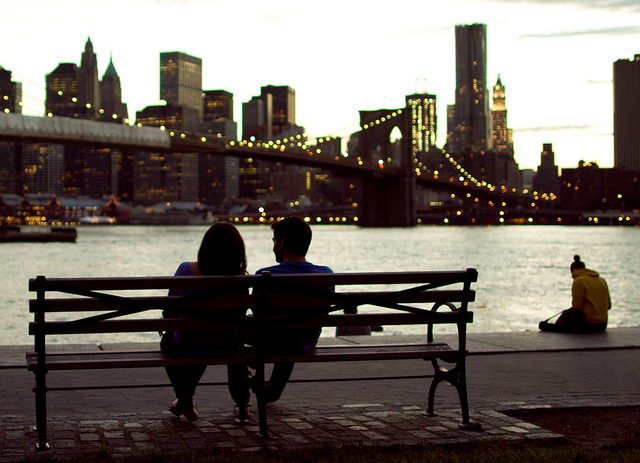 Part of being in the dating game is breaking up with someone at some point- it’s kind of like a given, most of the time, that there’ll be that pivotal moment in a relationship when things seem way too complicated to work.  Perhaps you don’t work well together or the relationship just doesn’t feel fulfilling anymore.

Whatever the reason for the breakup, we’re here to talk about the post-breakup phase; you know, the phase where you might consider packing your bags and moving to China in hopes of forgetting that the relationship ever happened. So, can one be friends, good friends even, with their ex? Is it possible to find friendship after heartbreak? Well, we decided to delve deeply into the topic with some of our acquaintances and readers and discovered that there are more than two sides to the coin. The question we posed was: Would/Could you be friends with your ex?

“Only if they live in Texas,” – Omar Elkafrawy, and that comment basically sums up this side of the debate. It does, after all, take a considerable amount of maturity, positivity and emotional strength to both get over an ex and decide to begin a fresh friendship with them, especially if they were a truly significant part of your life. Thus, it is quite understandable that some people choose not to remain within close proximity to their exes, if only to keep their sanity intact.

“No, it can’t happen. Being “friends with your ex” is like wearing a dirty shirt after you’ve taken a shower,” – Hend Amin. Perhaps, being friends with your ex after a complete fallout will lead to you crawling back to the very same person who may have put you through some very rough times. It can easily stall you when it comes to getting over them and you’ll find yourself going down a spiral to the very spot you tried to get out of when the two of you broke up.

“Maybe you two can be on good terms from afar, because by being “friends,” it means that one of you is probably lying to themselves,” – Alia Nael. It is well worth noting that the motive behind you remaining friends with them is very important. Are you simply trying to stay close to them in order to replenish your hopes of getting back together or do you really value their friendship?

“No, better not be friends with them, because instead of trying to engage in a new relationship, you’ll find it easier to go talk to your ex as a friend about whatever is bothering you and you’ll never move forward,” – Bassem Louis. It really can differ from one example to another, but perhaps, if your ex remains close to you, they’ll give you all the emotional support you may need and therefore keep you emotionally attached to them.

“It takes some time. You just need to be able to completely take them out of your life before you get them back in. Only then can you decide if you will be able to keep a good healthy friendship,” – May Abbas. There are, as is always the case, grey shades to every situation that needs to be considered. A friendship may be possible but after you both take some time to completely get over whatever feelings you had for each other.

“It usually takes time to cope with being friends with someone you used to date. It takes time to get used to the new relationship status, and how things are,”- Malak El Husseiny. It’s true; jumping straight out of a relationship and right into a friendship without giving yourself the time to process the shift makes zero sense. Give both of your hearts and minds a break, get over what happened and then consider the possibility of a friendship if you both think one is possible to maintain.

Hell Yeah, We Can Be Buddies!

“Yes, because the connection I share with them would have been too precious to let go of. That does not mean that staying in each other’s  lives will be easy – in fact, it will probably be way harder for one party of the relationship than the other,”- Lama Abdel Barr. It’s quite logical that you and this person share history that’ll just be too hard to disregard post the breakup.

“I could be friends with my ex if we both still have feelings for each other or we don’t,” – Mahmoud El boghdady. Perhaps, friendship is a possibility when both parties agree on how they feel about each other. The chasm in communication occurs when one of them is still hung up on the other while the one’s completely over them- that’s when friendship becomes a very hectic option that’ll be hard to maintain in the long run.

“Breakups are hard enough as it is, no one needs to also handle the consequences of losing that person entirely from their lives. It seems only fitting that any mature person would continue being friends again,” – Nuha Zubeir. It can be quite emotionally taxing to completely take someone out of your life, and can even make the breakup all those more hurtful.

“Yeah, I can really be friends with my ex. I don’t know why people think we should cut off when two people just decide not to be romantically involved,” – Hady Nabil. Just because there’s no romantic spark anymore doesn’t mean friendship’s off the table, right?

So what’s the ruling? Should one be friends with their exes and preserve whatever connection they had with them or should one just completely cut them off and move the hell on? Well, I can definitely tell you that there’s no actual rule or clear answer when it comes to this one. It’s all about the situation and the nature of the people involved. What I can, however, tell you is that if the breakup was both civil and consensual by both sides, and if you two do truly love each other’s company, then why not just remain friends? Two people can have chemistry without having to bear any romantic feelings for one another. Just remember, do whatever makes you comfortable and never allow anyone to push you into something you don’t want.