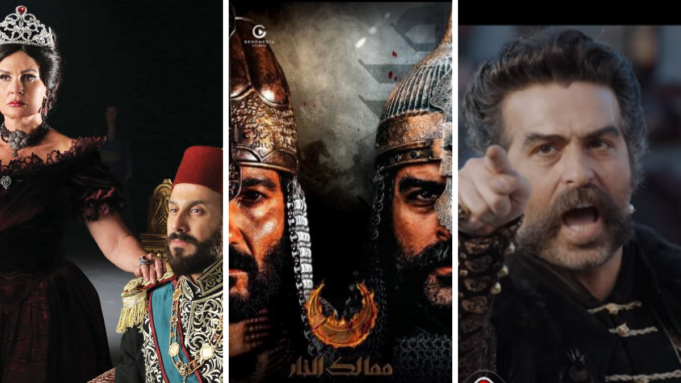 Okay, we’ll fess up. We’re all pretty much aware TV magic is called just that because, well, it’s just magic and a few good scripts at the end of the day.

We’re always aware there are “creative liberties” taken in detective, Sci-Fi, and medical dramas –we all know no one bleeds like that, come on– and that nothing really is a hundred percent real.

So, while we know all this, why do we still get mad whenever a historical drama, like MBC’s Mamalek El-Nar, airs and it’s not wildly accurate? Is it really that much of a big deal?

Well, it all depends, really, on how inaccurate these particular dramas are.

See, historical dramas, specifically, aren’t strangers to inaccuracies. With shows about ruling figures popping up in the Egyptian scene every once in a while, we’ve learned that most writers don’t follow history to a tee.

In fact, some writers completely disregard history. Just look at Saraya Abdeen and how they made King (then Prince) Fouad appear 8 years before his actual birth as well as showing the famous palace when it was in no way near finished yet.

Speaking of the Egyptian Royals, no one can forget that the King Farouk series was also littered with historical inaccuracies.

This seems to be a pattern that’s all but cemented now by Mamalek El-Nar, which has been severely called out online for several wild takes.

What we need to do here is to equate historical TV shows to novel adaptations done in cinema.

Book-to-film movies rarely have every single detail to a tee, but it’s not really a problem because the movie is telling you the story while keeping as much of the original essence as possible.

TV shows are no different. Even if they’re historical, they’ll still need to be interesting and dramatic, all while keeping facts intact as much as possible.

Embellishments aren’t the problem here and Mamalek El-Nar isn’t in the wrong just yet because they need to establish characters and story-lines and so far, this is their best bet.

The minute the story and the history being told is mangled beyond recognition is the moment the writers need to stop and see just where they went too far. And yes, audience criticism will be needed then.

TV will be TV in the end. Creative licenses will always be taken; they just need to be reigned in.