Identity Magazine
Home Trending Should We Take the Will and Jada Thing Beyond Memes?
Facebook
Twitter
Google+ 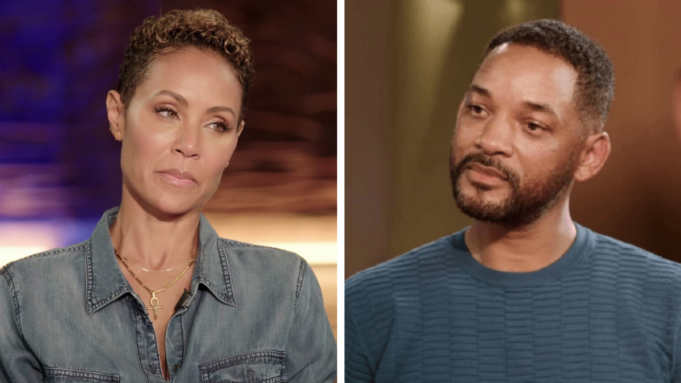 Sometimes there are things that happen that you think “alright, it’s going to pass in two days” and so you choose not to get involved. That seems like the perfect option, right? It makes sense. And that was what we planned to do with the whole Will and Jada thing that came in and got everyone talking.

But then, we sort of started seeing some horrible, horrible takes going around and, well, we’re kind of obligated to intervene right now.

But wait, you may want to ask (assuming you don’t know), what is the whole Will and Jada thing going on and why are people talking?

Okay, so here’s a little background. Two years ago, Jada Pinkett-Smith started a show called Red Table Talk on Facebook and in this show, that she sometimes co-hosts with her mother and daughter, no topic is off-limits.

No, seriously, we mean it. Literally no topic is off-limits and that’s kind of how we got here today. See, after a singer called August Alsina started talking about having an affair with Jada, the woman herself addressed it on her show…yes, with Will Smith as her co-host.

Naturally, this got a lot of people talking and eventually word reached Egypt. And as you all know, when word reaches Egypt, a horde of memes is sure to follow.

Now, you might be wondering where are we going with this. Are we going to tell you to stop it with the memes? Are we going to say that maybe we should not be poking our noses this deep into people’s business?

Well, no. We’re not going to say either one of these things. By all means, keep on making the memes, just don’t do things like this:

Although we didn’t pin those posts to this article, we imagine you’ve sensed that the narrative has managed to make some people get what they were seeking. A sort of “gotcha! Talk about this thing!” to throw back in the face of women, who are speaking up about the harassment they face.

Basically, it’s a “well, all women are cheaters” to throw back in the face of women who say things like “all men are trash“. And, we’re not going to go into just why comparing the apples and oranges of horrible things is bad…especially, if one is clearly worse than the other.

If you want to know another reason why it’s wrong to project our own emotions about cheating on this specific issue, well, you’re going to have to answer this question. Did you even watch the show?

Because on the show, Will and Jada kind of make it clear that this wasn’t cheating because when this thing happened, 4 years ago, they were separated and basically done with their marriage. Also, according to that same show, Will Smith also had his affairs too.

And the thing is — they’re both happy with where they are now and that’s why they talked about it so freely.

Of course, all-sides-covered content like this will never make it to the E7tewa2-type pages so we understand the deep he-believed-she-lied type of posts going around when they come from them.

However, from regular people, well, we need to actually read into things before we start churning out hot takes like they’re going out of style. So, no, don’t take this the wrong way. Make all the memes and Hamo-Beeka-Will-Smith edits you like (yes, they’re real), just don’t start typing essays when you’ve only scratched the surface.

Talk about taking things out of proportion!