Egypt has always been known for two things around the world: the Nile and the Pyramids. This Saturday, Egypt added another pyramid to the list by opening Sneferu’s ‘bent’ Pyramid to the public. 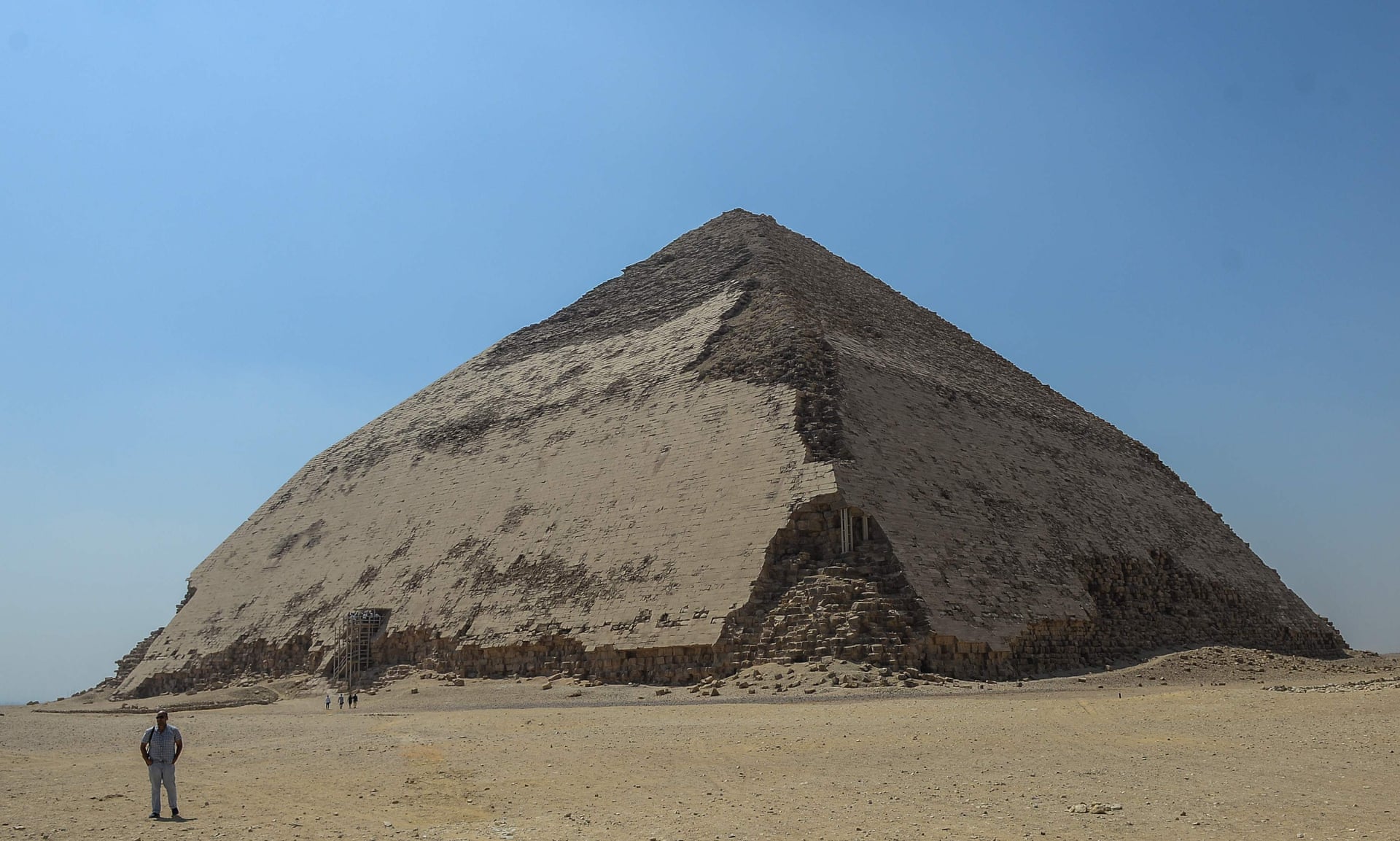 The Bent Pyramid in Dahshour is one of two structures built for the founding pharaoh of the Fourth Dynasty, Sneferu.

It currently stands at the southern end of the Memphis necropolis that starts at Giza.

Its appearance is unlike that of the other pyramids.

The first 49 meters of this 101-meter structure is built at a steep 54 degree angle that tapers off in the top section.

It also contrasts with Sneferu’s Red Pyramid in the north, being angular where the other is clearly straight.

As cracks appeared in the structure, however, architects started changing the angle, according to secretary general of Egypt’s Supreme Council of Antiquities.

What You Can Do There

Among the things tourists can now do is clambering down a 79 meter narrow tunnel from a raised entrance. 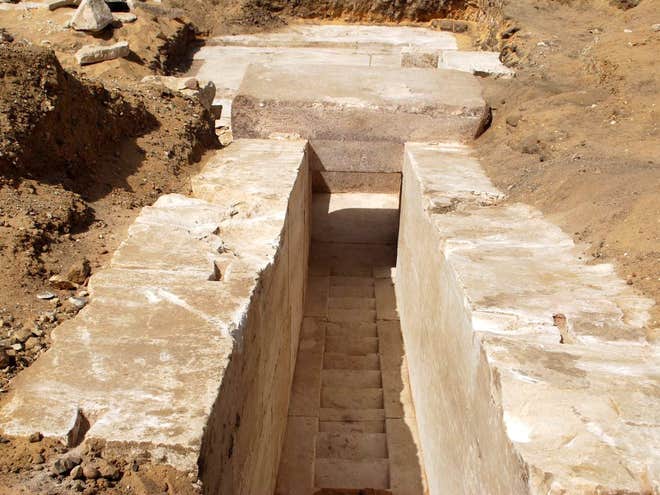 After this, they will reach two chambers deep inside the 4600 year-old structure.

Tourists are also allowed to enter an adjacent 18 meter high side pyramid, rumored to be built for Sneferu’s wife Hetepheres, open for the first time since its discovery in 1956.

Though pyramids are, in essence, glorified burial grounds, archaeologists still aren’t sure if Sneferu is actually buried in this pyramid.

This isn’t the last of the archaeological discoveries in Dahshour.

Aside from the pyramids, archaeologists have also discovered late-period mummies, tools, coffins, and other artifacts during recently-began excavations.

They also uncovered the nearby tomb of Sa Eset, which remained closed since its discovery in 1894.

Foreign ambassadors, who were invited to attend the archaeological announcements, were led to the tight spaces of the tomb.

It’s expected to open to the public in two more years.