Identity Magazine
Home Trending “So What If Your Dad Hits You”: This Pro-Child Abuse Stance Needs...
Facebook
Twitter
Google+ 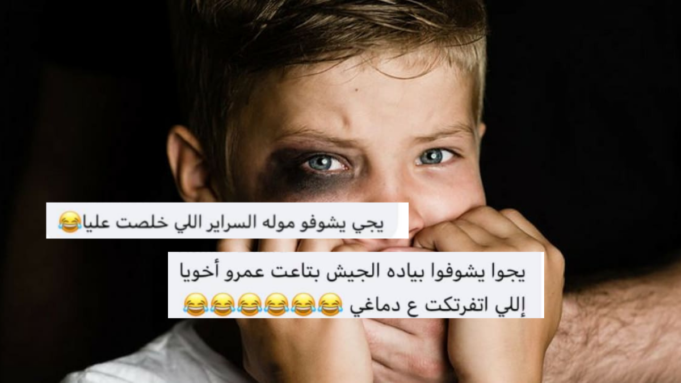 If you’ve been on the internet recently, then you must have noticed it. You’ve seen the posts and the essays and the photos about the recently returned Alexandrian girl. The girl, presumed kidnapped, had actually ran away from home in order to escape her parents’ abuse.

So now that you know this, the true nature of the photos going around the social media-sphere becomes clear. They’re dark and awful and clearly staged. You can even see just how awfully resigned and scared the girl is as her parents put on the “Loving Parents” show for the cameras.

But you know what is just as scary? The fact that when the news broke out and went viral, people weren’t actually on the girl’s side. No, they were actually on the parents‘ side.

See, according to the unfortunately increasing crowd, they have had it just as bad. Actually, no, they had it worse.

Here are some of the comments from people whose parents shouldn’t have ever raised children:

Instead of being abused through being beaten by a wooden stick, they’d gotten beaten by things like tennis rackets and army boots. Their parents were unforgivably awful to them.

According to the many commentators’ words, they would have “accepted even more because these are our parents” and they “could do whatever they liked to us“. Reading this, you (hopefully) already know that the people leaving these comments are wrong.

They’re not just ‘in the wrong‘; they actually need severe self-reflection if they look at a clear-cut case of child abuse and refer to it as ‘normal‘ and ‘not that big of a deal‘.

Here’s something we need to say really quickly. Just in case it’s not already clear as day:

Child abuse is wrong. Abuse in any shape or form is wrong. Whether it’s physical or emotional, whether it’s by a parent or a friend or a significant other or literally anyone — abuse is just wrong.

So why doesn’t anyone else seem to realize that? Why are the people campaigning for child abuse and praising their abusive parents instead of actually sympathizing with someone who has been through what they were going through?

Well, that just goes back to the decades of wonderful ‘parenting’ (aka abuse) being promoted in Egypt.

The people who have grown up being treated this way end up having children who they treat horrifically because “this was the way we were raised” and, for some reason, this gets treated like it’s completely fine when it isn’t.

The biggest problem with this mindset and the comments that sprawled from it is that it makes light of child abuse and normalizes it even more than it already is.

According to this mindset, you refer to things as ‘abuse’ when they involve unspeakable horrors. And when the straw that breaks the camel’s back isn’t anything “as serious”, it gets referred to as “stupid”.

The fact the commentators see it this way should be concerning because we keep going through this never-ending cycle of generational trauma with no way out because no one admits that there is a problem.

Before you mention it, yes, we’re aware that these people are also self-denying victims of these abuses that honestly no person should have ever gone through. But that is never an excuse to let abuse fly by.

If we keep tiptoeing around the subject and keep pretending like abuse doesn’t happen because we don’t want to confront it or acknowledge that the people we should have felt safe with hurt us, we will remain stuck.

We will go from being victims of this abuse to instigating it. And then we’ll lie, like everyone does, and say that, no, this hasn’t messed us up and we “turned out just fine”.

If you find yourself trying to one-up a victim of child abuse by saying “they had it easy”, take five seconds to think like a human being first and don’t do that.