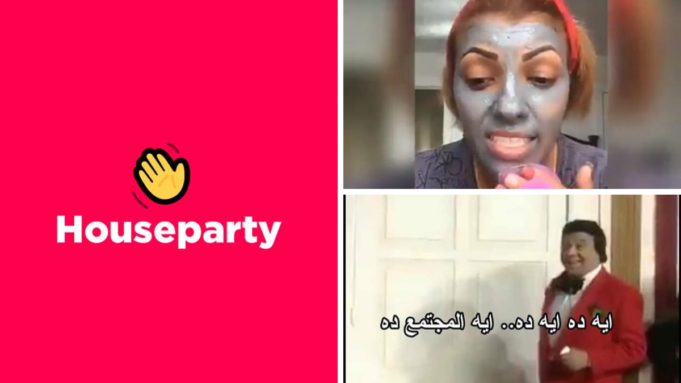 The year is 2020 and we’re pretty much getting sucker-punched left and right with new world changes, including a current pandemic and an international lock-down. All these changes understandably make us miss simpler times. Better times, when we’d just go out and hang out with friends and maybe hit a party or two before calling it a day.

But, hey, what if we told you that you can still pretty much do that? You can still hang out with your friends and hit up all the parties you want even in this quarantine. That’s what Houseparty is about, isn’t it?

Sort of. See, with the rise of Houseparty, many people have been wondering just what exactly is it?

It seems to have popped out of the blue and everyone’s in love with it, right? Well, if you want to find out more, you’re in the right place.

Launched under a different name in 2016, Houseparty took some time before getting to its well-timed popularity. As the app grew and developed, it was finally ready for a stable release in April of 2019 and spent about another full year before the Coronavirus pandemic and the quarantine that ensued pointed the masses its way.

Houseparty, if you didn’t know, is quite a simple app. You log in, your contacts from various social media sites are imported, and everyone’s alerted that you signed in and are available to chat. And then, just like that, you’re in a chat.

We’re not kidding. You will log in and someone can just up and video-chat you without so much as a warning, much like a regular house party when you don’t have a minute to fix yourself before someone swoops in with a banging conversation.

And you don’t just talk with one or two friends either. If you want, you can have a conversation with a various number of people…and they don’t even have to know each other! All they need is to know someone else in the group-chat before they join or get dragged in.

If that sounds a little frightening to you, don’t worry. You can chat up a person or join and/or start a group-chat and then “lock the door” of the chatroom you’re in, ensuring some semblance of privacy.

But there’s no house party without a set of house rules and this Houseparty is no different. The app has a few set rules about how you can “buzz” your friends for urgent side-conversations and how you can start your own guest list for a “private party”. It even lets you have the option to ghost people you don’t want to talk to by muting them.

And if that doesn’t sound fun enough, Houseparty has some built-in games you can play, either alone or multi-player, in your chat-rooms.

Now that we put it this way, Houseparty seems, well, like a regular house party, doesn’t it?

You walk in and you join a conversation or someone pulls you into one and there are some conversations you can’t join because they’re private and if you’re bored, well, just play a couple of games.

In the end, you’re just having fun hanging out with friends and meeting new people or even potential post-quarantine dates. All simple, right?

Well, not so much. Towards the end of March of this year (and yes, it ended, despite popular belief it will go on forever), Houseparty faced a few accusations that it might be robbing people who put in their credit card information.

Opinions, understandably, were torn about this. Some said that Houseparty never robbed anyone and that this is part of a smear campaign against an app trying to make a name for itself while others said their account balances were oddly lacking after signing up for a while.

Others said it’s just hackers who found their way to the app and are using their skills to steal Netflix and Spotify passwords (yes, really). Houseparty, the app itself, tweeted that its users were perfectly safe and they’re conducting investigations for caution’s sake.

Our advice for this is make up an extremely tedious password that’s incredibly hard to remember, write it down on your notes app, and enjoy the Houseparty ride. It’s the closest thing to community during these quarantine times!

Fix your hair before you log into this app. You’re in for a ride!