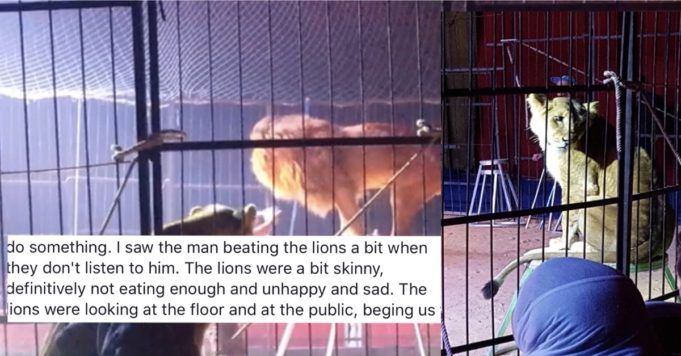 Last week, a couple of animal abuse videos posted on the Facebook group “Maadi Animal Welfare” grabbed our attention. Needless to say, they made us incredibly angry and broke our hearts!

A French woman named Marcia Vilaca posted multiple videos showing lions getting beaten in the Italian Circus, which is located in the 5th Settlement.

She strongly condemned the way the poor animals were treated and pointed out how skinny and extremely unhappy they looked. 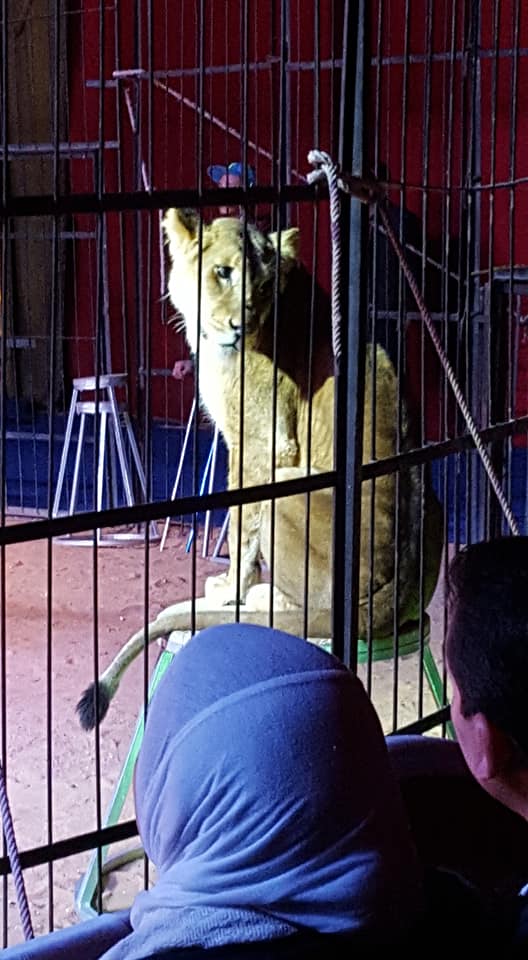 Vilaca added that she’s been to multiple circuses in her own country, France. Only they didn’t need to beat the animals to get them to do what they want. As they were well trained and most importantly, well treated. But that’s in France.

The lions were looking at the audience in the stands like they were begging them for help. It’s just awful and we don’t know how anyone could ever take watching this scene. Let alone, ignore that it’s happening. 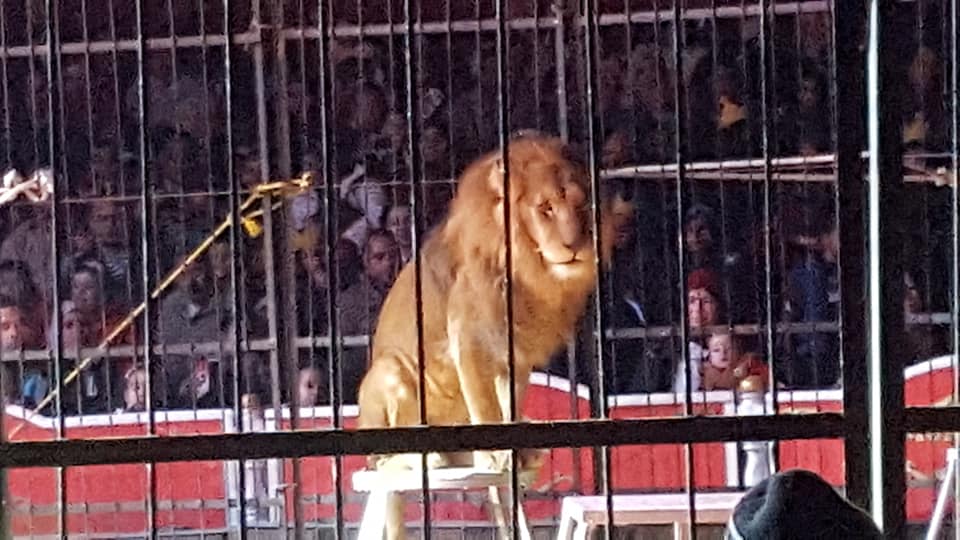 Although animal rights laws should be strictly implemented, unfortunately it just doesn’t happen in Egypt! People are not taking this matter seriously. It’s like animals are not even a part of the world we’re living in.

Why do animals always get treated this way in Egypt? Why isn’t anyone doing anything about it? Such circuses should be inspected and the people responsible for hurting those animals should be held accountable!

Honestly, the ignorance surrounding this is unreal! When will it ever stop? When will there be enough awareness? Animals need to be protected in Egypt; all of us are responsible!