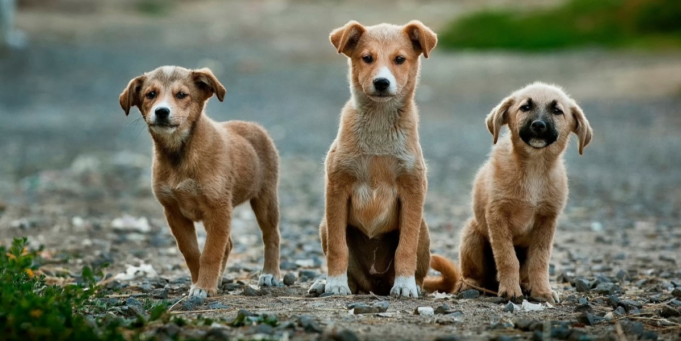 After the news spread about Egypt exporting stray dogs and cats to meat eating countries such as South Korea, the South Korean embassy broke its silence to put those rumors to rest once and for all.

On Monday, the South Korean embassy issued an official press release completely denying all the recent allegations that South Korea will be importing stray dogs from Egypt for meat consumption.

The embassy dubbed these allegations as “major ignorance” about the Korean culture, and described them as defamatory of the South Korean people. They also clarified that South Korea has NEVER imported dogs for meat consumption.

“Eating dog meat is not part of the country’s popular food culture,” the South Korean embassy explained in their recent statement. They also added that due to the pressure from animal activists in South Korea, the practice of eating dogs is actually declining there. So, those allegations could not be further from the truth.

The embassy also urged all types of media to refrain from publishing any news related to South Korea importing stray dogs from Egypt, since they are not true.

These allegations started after Deputy of the Human Rights Committee in the Egyptian Parliament Margaret Azer came up with this idea last October. As she put it, this represents a solution to the problem of stray dogs in Egypt. In her statement, Azer claimed that the idea came to her after she had a “discussion with a few South Koreans”. She also called it a good ‘investment’ opportunity for Egypt.

Azer’s controversial statements stirred quite a fuss among animal activists in Egypt. According to Ahram Online, the parliament member then justified her suggestions by saying that it was an alternative to “shooting dogs or castrating them.”

A number of Egyptian officials actually claimed that the country would start exporting thousands of stray dogs and cats. They, however, didn’t specify to which countries.

Thankfully, the Ministry of Agriculture later released a statement denying all the claims.

There is no official data on the number of stray dogs in Egypt. According to Al-Watan newspaper, Egypt is home to about 22 million stray dogs.

There is no denying that the problem of stray dogs and cats in Egypt does need a solution. Killing them, however, does not count as one. Neither does exporting them for meat consumption.

If we built more shelters or worked on spreading more awareness about adopting stray animals instead of buying imported breeds, maybe, just maybe, the situation could actually get better.

What do you guys think? Tell us in the comments.