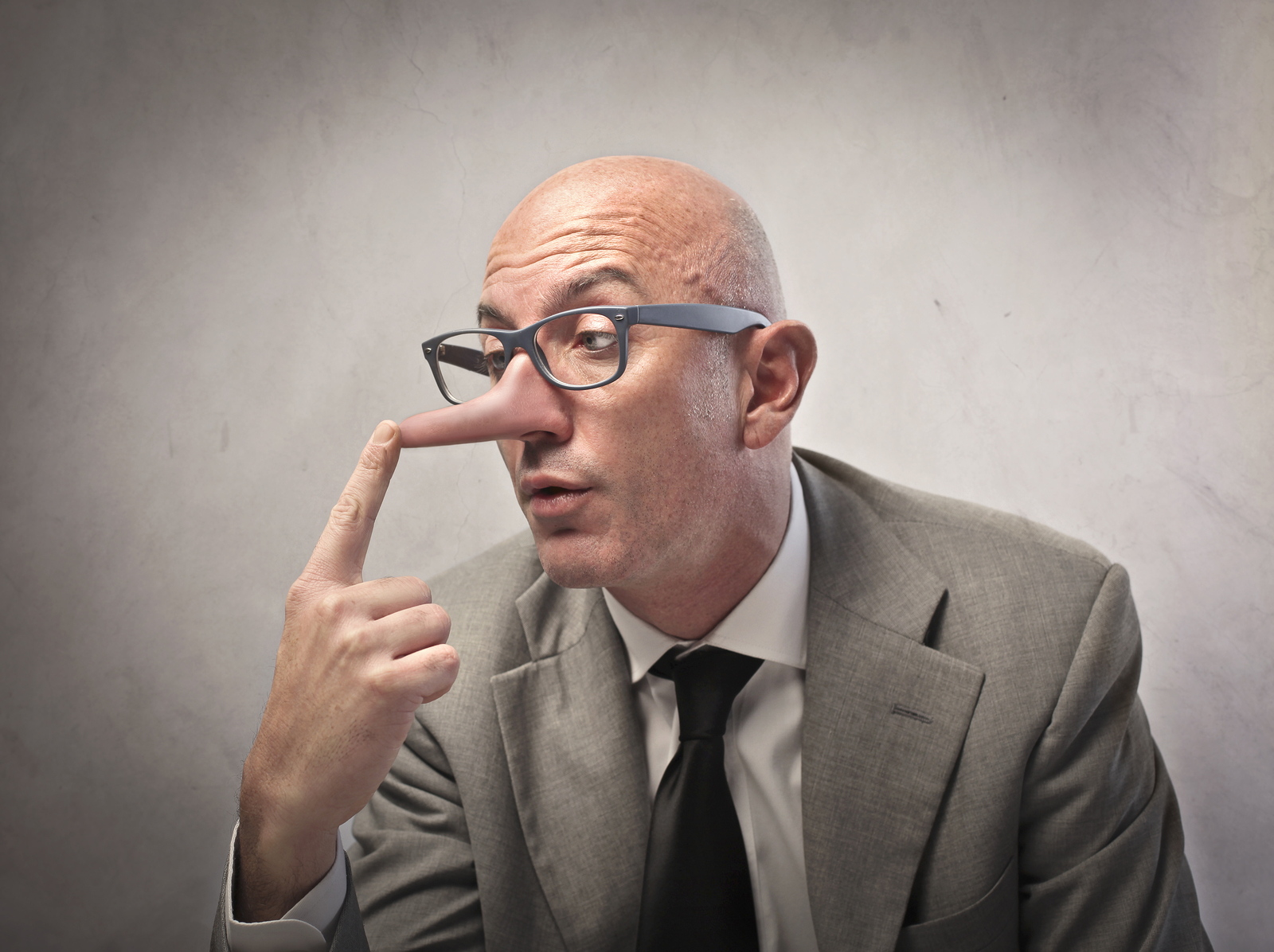 Unless you’re dealing with a pro, spotting a liar could be a lot easier than you think. They say the eyes are the window to the soul; they’re also a window to the lying soul. Our body language says about us much more than we can ever imagine. No matter how hard you try to master a lie, someone is bound to spot it eventually and you deservedly earn yourself the title of a “Big Fat Liar”!! As the popular Egyptian proverb advocates: “el kezb maloosh reglein”! Here are some tips on how to nail that pathetic liar in the room:

Liars can’t make direct eye contact when they lie; they either keep looking around, or look at your third eye (the place between your eye). It’s easier for them to read your facial expressions without actually staring at your eyes so you don’t notice that they’re lying. No eye contact or forced eye contact probably means the person before you could be lying.

-Where the eye is pointing

-Leaving the big picture and focusing on details

Details are important in storytelling, but too much details might be a problem. This usually happens when someone is making up a story. They think if they mention a lot of details that adds nothing to the story, it makes them more credible. They’ll also talk over you if you try to skip the details.

Lying makes us nervous; fidgeting and moving restlessly is very common. Some other common body movements include overusing the hands while explaining, touching the head, hiding the eyes, moving the feet, blinking a lot, touching the nose and breathing through the mouth.

-Mention that they’re saying the truth

-Getting defensive when asked questions

This is purely the saying of “el 3ala raso bat7a”. They think you’re doubting them when you ask questions and immediately start getting defensive.

-Can’t retell a small part of the story

They can’t say the lie backwards; they have to repeat the whole story over again. “7afez msh fahem”. And they’ll start talking over you and affirm everything again when you ask.