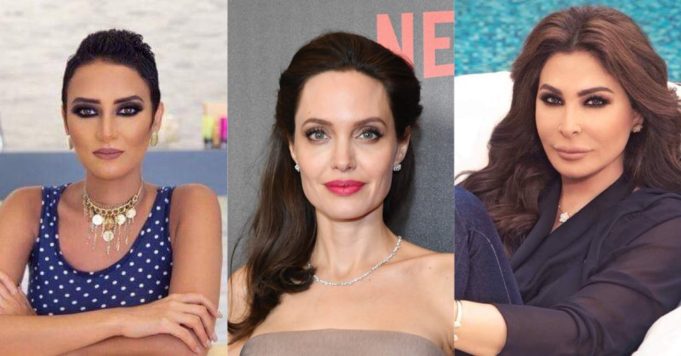 Everyone could be a victim of breast cancer, and your favorite singer or movie star is no exception. The only difference is, they have a bigger platform to speak up and raise awareness about the reality of the disease.

Since it’s October, breast cancer awareness month and everyone is going pink, we’ve decided to tell you about the celebrities who battled it once and the ones still battling it now, hoping you’d be inspired by their stories!

Earlier this year, the best selling female artist in the Middle East announced she has been battling breast cancer for a while. She candidly declared that she kept it all to herself for a long time before finally deciding to come out.

Elissa, who has overcome the disease for now, announced she became vegan to help speed up her recovery process and once her family knew, she took it upon herself to support early diagnosis campaigns.

Yasmine Ghaith, who made her acting debut in the hit Ramadan series “Halawet El Donya”, is also a breast cancer patient. The fashion designer and English teacher was actually still undergoing treatment while shooting the series, having been diagnosed with Stage 2 breast cancer.

The aspiring actress recently launched her own jewellery line that resembles her actual body scars in an attempt to end the stigma against cancer!

The Egyptian media personality, famous for her show Sheikh El Harra, discovered she had breast cancer at the age of 39. She underwent surgery and had to have one of her breasts removed.

After recovery, she went back to work and whenever she’s asked about her illness she speaks very openly about it and always encourages patients to stay positive and women in general to have regular checkups.

After losing her mother, aunt and grandmother to cancer, the Hollywood star revealed she had a double mastectomy and reconstructive plastic surgery, as a measure to lessen her risk for breast cancer.

After her announcement, researches proved how Angelina Jolie made online research of breast cancer increase drastically, putting her as the face for most awareness campaigns in the U.S!

Back in 2015, the singer and actress opened up about her diagnosis with breast cancer and having a double mastectomy and reconstructive surgery at the age of 58. Since then, she’s used her experience to encourage other women to always seek a second opinion and trust their instincts.

“You have nothing to lose if both opinions match up for the good, and everything to gain if something that was missed is found, which does happen. Early diagnosis is key,” she said in an interview.

The Oscar winner has bravely battled breast cancer, revealing how she was once ashamed of it, before finally realizing that she was meant to speak about it.

After beating the disease for the second time, Bates has been one of Hollywood’s most active advocates of the cancer campaigns. She even hosts an annual fundraising night among other celebrities like Matthew McConaughey, Jennifer Garner and others.

Whether or not you’re a battling patient, there’s a lot of inspiration to take from their stories. At the end of the day, cancer or not, we all have our battles.

As sad as we are over the many lives lost to breast cancer, we’re also glad more awareness is now spreading about the disease.

For guidelines to follow when taking a self-examination or info on where to get professional help, read our previous article!