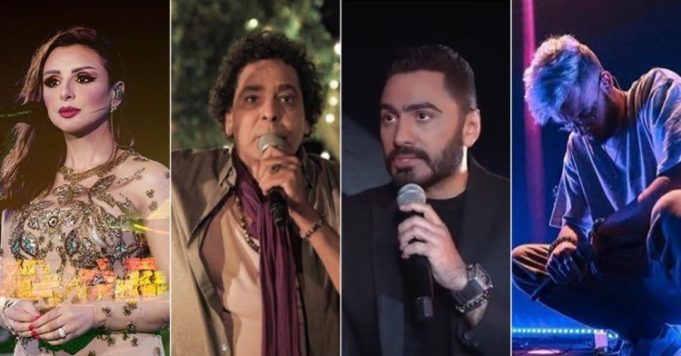 Online concerts are no news, most stars opted for the virtual no-audience musical experience since the Coronavirus outbreak. But during Eid El Fitr 2020, the online concerts were definitely something else. So, let’s review them together!

It’s safe to say, Mohamed Mounir won the game fair and square. El King, gave a grand performance -with a modest setting at his own garden- that made us all stick to our screens the entire hour. Talk about musical SUPREMACY!

Angham’s concert was another nostalgia gone right. The superstar performed at the Light and Sound venue and boy what an experience we had! Some things never get old and Angham is the living proof to that.

Tamer Hosny is known for giving killer live performances and this Eid concert was just the reminder we all needed. Whether you’re a fan or not, you can’t argue he wasn’t on fire that night at the Pyramids, right?

Beginning of a new era

You don’t have to be a die-hard trap fan to realize and admit that trap music is presenting a fresh new take on the scene and honestly, we’re here for it. Case in point, Wegz and Marawan Moussa’s live Eid concert.

Despite not being the best, due to some technical issues and performers’ energy, we were ALL EARS!

So, which live performance did you like the best?