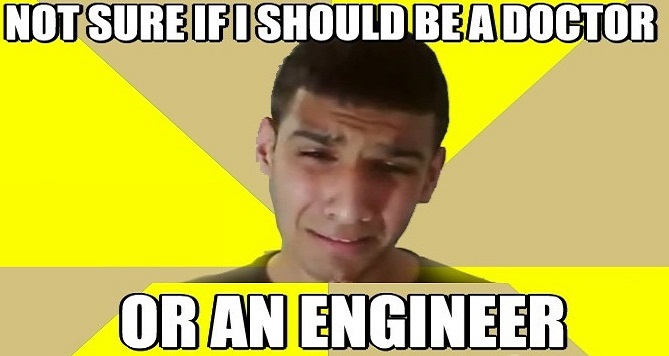 We hate stereotypes as much as the next guy, but our curiosity got the better of us and we had to ask what the rest of the Middle East really thinks about Egyptians. We should have known “funny” would be the top answer.

That is oddly specific… But ok, we’ll take it!

“They would never say “I don’t know.” Whenever you ask a question, they will always come up with an answer.” – K.M., 28, Saudi Arabia

Sounds like someone had a “howa ‘alak howa fayn?” experience.

“They go with the flow easily. Like if you told them you’re Saudi, they would say ‘ooh, they’re the best people on earth, I love them!!!’ And when you tell them, ‘no, I’m kidding, I’m Lebanese,’ they would say ‘yeah, forget about Saudis, Lebanese are the best!’ This doesn’t mean they’re two faced; it’s just their way to be nice and make you feel welcome.” – B.A., 26 Saudi Arabia

Because it doesn’t matter where someone is from, the automatic response is “a7san nas!” And that’s how it should be.

“Very talkative; they are like the Latinos of Arabs, loud and talkative.” – W.A., 23, Jordan

Way to throw two stereotypes into one, Jordan!

“We think they’re funny and love drama. And we think that they lead the Arab world in TV and music production, along with us of course.” – I.A., 24, Lebanon

You wish, Lebanon. Wait, you have Fayrouz, so maybe we can at least let you hang out in the cool club with us.

“They’re funny, even when they’re struggling. They always will be funny and make jokes.” – B.A., 26, Saudi Arabia

Yeah, that sounds about right.

Are you noticing a trend here?

Everyone seems to agree.