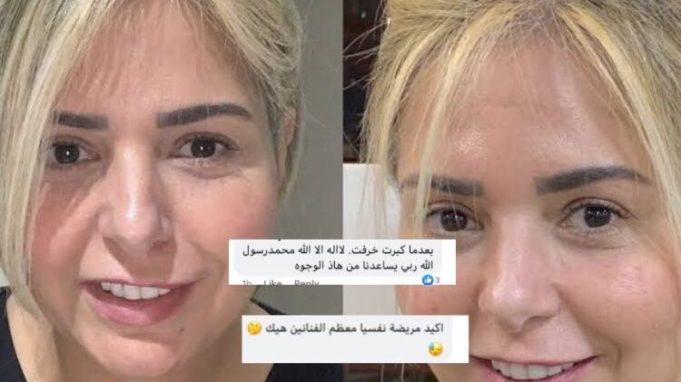 In Egypt, a woman taking off her veil is considered social suicide. Taking off the Islamic headscarf has become a decision that is way harder than putting it on. And Sabrine’s story is the perfect case in point!

Yesterday, November 17th, social media opened fire on Egyptian actress Sabrine. You’d think she committed some kind of crime or maybe assaulted someone, but that wasn’t the case.

Sabrine did something as harmless and as simple as taking off her hijab. The thing that invited so many judgments and hostility for the actress, who made a call to Amr Adib’s TV show devastated and in tears!

Mostly, the reactions to her decision were expressing how this is an outrageous “religious setback” on behalf of Sabrine. And how she, as an actress, is setting a bad example for their younger children. Ironic, right?

The way we see it, it is these reactions that are outrageous and unacceptable. A woman should be at liberty to do whatever she wants to do. It is not our duty to show her the errors of her ways, nor to comment at all, for that matter!

We all choose different paths and assuming one is better than the other is counterproductive. We can never have a fruitful discussion if you already have a preconception of what is right and what is wrong from the beginning.

A woman who no longer wears her hijab will affect no one’s life. And if you believe that a woman’s hair is enough to tempt you into sinning, you are the one who could use some serious soul-searching!

Sabrine, and every other woman who takes off her hijab, already struggle with a significant change in their life and they do not need any more pressure from us. She may wear it again someday, but even if she did, your actions might have made her less interested to do so!

In such situations, we directly try to find a bad link. We would assume this woman has been under bad influence or she’s become a “kafra” who no longer believes in God.

Of course, no one would consider how she might be the same person, only undergoing some serious self-contemplation period!

Unfortunately, this is not the first case where an Egyptian actress is heavily condemned for such an act. Wasn’t Hala Shiha the last one to spark a similar controversy?

To be honest, the world would be a far better place if we just minded our own business and kept our noses out of other people’s lives. Because if one were already satisfied with their own spiritual life, we guess there will be no more room for such hate.