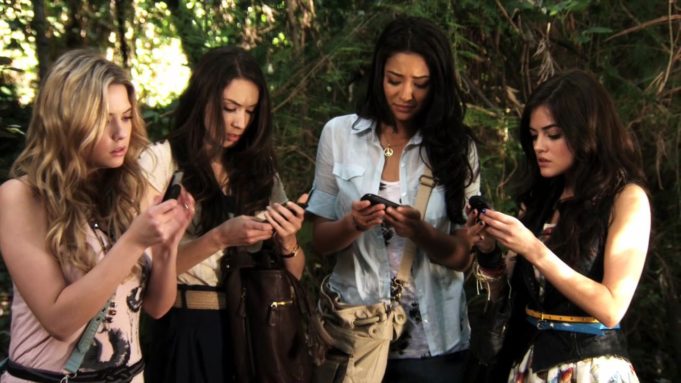 Recently, I’ve started to notice an increasing trend of blaming social media for our shortcomings, when in fact that hardly seems to be the truth. In focusing all our blame and attention on the media, we failed to take note of one very important thing, which is that we are the main propellant behind everything that we believe social media stands for. In fact, we are the creators of the problem, not the victims of it. This is why it’s very crucial that we understand the following few points:

Stop blaming the media for your body image disorders

We’ve all seen all the models, influencers and celebrities on social media, and we realize that their perfect bodies and their perfect lives could sometimes be too much for anyone. However, everyone is bound to face a level of dissatisfaction with their bodies sometimes, and quite frankly it has always been an issue, maybe even way before social media penetrated our lives. So it’s only fair to stop demonizing social media and to start working on ourselves and how we view our bodies. All you have to do is suck it up and literally be the change that you want to see in the world. Start spreading different messages about body images. Lately, there have been a lot of campaigns calling people to embrace their bodies, one of which was the famous “Own your #Jellybelly” campaign. That is definitely a good start!

Instagram is constantly being blamed for the amount of self absorption that we see in the world today. When in fact Instagram is not really to blame. Narcissism was here all along. People always bragged about themselves or showed off flashy new things they just bought. It has always been there. Instagram might have exposed the amount of narcissist people in the world, but we shouldn’t blame it for it. It’s only a tool by which we got more exposed. In the past, we would meet a person then get to know the narcissist person that they truly were, but now you sort of figure it out from following them on Instagram.

The rapid spread of misinformation online is actually your fault

People constantly blame social media for the rapid spread of lies and rumors which are usually not true, when in fact it’s their fault. They are the ones who didn’t bother to check the source. You’re a human being who is capable of rational thinking and you should be able to tell when a topic is plausible or not. If you fail to do so, then it’s you who is spreading the false new. Always remember, if no one shares it, no one is going to view it.

Whether it’s Facebook, Instagram, Twitter or Tumblr, none of these social media channels ever forces you to put your dirty laundry out to dry. You are very capable of choosing what you want people to know about you. You want your privacy preserved, then don’t share much. It is that simple! As for the people who are okay with sharing more than you’re comfortable with, let them be. It’s their life not yours!

Stop blaming the media for your own societal problems

Do you constantly feel as if social media has put social barriers between you and your loved ones? Are misunderstandings happening more often now that you’re both hiding behind your cell phones and adding laughing emojis to words you both know mean a lot to you than a joke? How many times have you picked up a fight with your friends because they took so long to reply or said something you misinterpreted? You know all this is happening because of social media, yet you are not doing anything about it. The time to stop is now! Remember that social media does not really own you. You can always log out of your social media accounts and go out for a drink with your friends. It’s you who is connecting to them through social media channels. Anytime now you can make the change.

Finally, it’s important to note that even if you can’t escape social media, you don’t have to fall a victim to it. You can still control the extent to which you are controlled by it. Take control of your own life; social media networks do not own you!