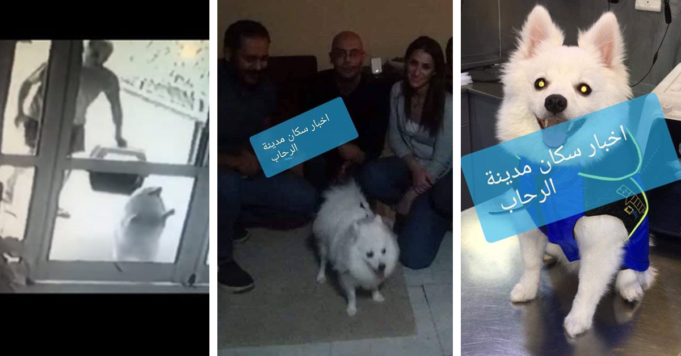 Following up to our latest article about animal abuse in Egypt; another innocent animal has fallen a victim to man’s inhumanity.

During the past week, a footage from a surveillance camera in one of the buildings in Rehab City surfaced on social media. The video showed a dog trying desperately to open a glass door to escape from his owner.

The video was posted on the Rehab residents news facebook page and could be found here. (WARNING: VIEWERS DISCRETION IS ADVISED)

The owner quickly caught up with the dog and started beating him senselessly and throwing him against a brick wall. He then proceeded to grab the dog in a very angry manner and forcefully stuff him in a plastic cage, then continued to beat him up whilst inside the cage.

That was the tragic beginning of the story of Lucky, and it only got more tragic from there.

This footage was shared in a Facebook post on the official page for the News of Rehab City Inhabitants. The post was condemning the owner for his inhumane actions towards the dog while pleading to anyone who can save him. The dog’s owner was later identified as a Jordanian middle-age man named Ali Baraka. 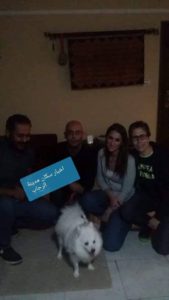 It was later reported that some of the Rehab inhabitants with a group from the Animal Rights Organizations and Society for the Prevention of Cruelty to Animals paid a visit to the house of the owner. They demanded to take the dog away from him for his safety, which they did as shown later in pictures of the dog with a group of his saviors.

The story of the save as told in a series of posts goes as follows; the owner, when confronted with his actions, claimed to have done that only one time due to his fear that the dog was going to bite a little kid. It was also reported that the owner was utterly broken-hearted when the dog was taken from him. 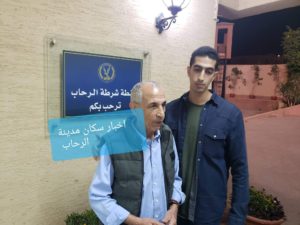 It was later reported that the owner filed an official complaint against the people who saved his dog from the Animal Rights Organization. He accused them of breaking into his apartment and taking his dog along with some personal possessions against his will.

Lucky’s fate hangs in the balance…

Later on, some of the neighbors tried to reach out to both parties, the owner and the saviors, in an attempt to reach a friendly middle ground with, supposedly, Lucky’s best interest at heart.

It was reported last night that Lucky was, in fact, returned to his abusive owner. That was after he withdrew his official complaint against the saviors of the dog. 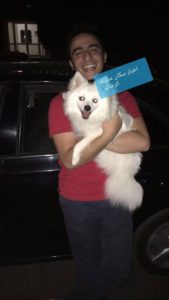 A picture of Lucky with the son of Mr. Baraka has been already posted on the official page for Rehab’s Inhabitants. It was accompanied by a statement from Mr. Baraka about how happy he is to have Lucky back. He also said that he is planning to throw a ‘welcome back’ party in Lucky’s honor. Because he is, and we quote “one of the most famous dogs in the city now.”

Whether he is honest or not; Mr. Baraka’s actions towards an innocent creature like Lucky are undeniably inhumane and by default unacceptable. Whether his remorse is genuine or not, the life of a helpless animal SHOULD NOT be compromised at any cost.

We hope Lucky is okay and we pray he stays this way. As for the rest of the unspoken-for animals in this county, click here for ways to help them.