As kids, we’ve all looked forward to the day we’d get older.

Being older in our eyes meant not having homework and getting to stay up as long as we want to.

Most of us anticipated this because it was more or less our idea of total freedom. Then puberty came in and everyone started changing.

Puberty was the closest time anyone ever got to experiencing a werewolf transformation.

It’s all very similar, if you think about it. Voices deepen, heights grow, emotions change, and for some, the facial hair sets it.

No, wait. That’s where the line is drawn.

Although the facial hair starts making its first appearance as the infamous ‘middle school mustache’, not everyone experiences that particular feeling.

It even brings back some horrible, but memorable images from every 2000s MTM video. All of these eras that we have to get into.

First, though, we have to talk about beards. Just why are they so important?

What A Beard Means

A beard is a symbol, there is no other way around it.

If you’re among the genetically blessed, it might not even matter to you that much.

So, what? It’s just like all the hair on top of your head (which you have no singular appreciation for until it starts receding) and you’ve probably never thought about it as much.

For the beardless guys, a beard is something they can’t ignore because, well, it’s everywhere.

Out of every six guys outside in the street right now, at least two have full beards. Add to that that ‘amlas’ is a common nickname, too. 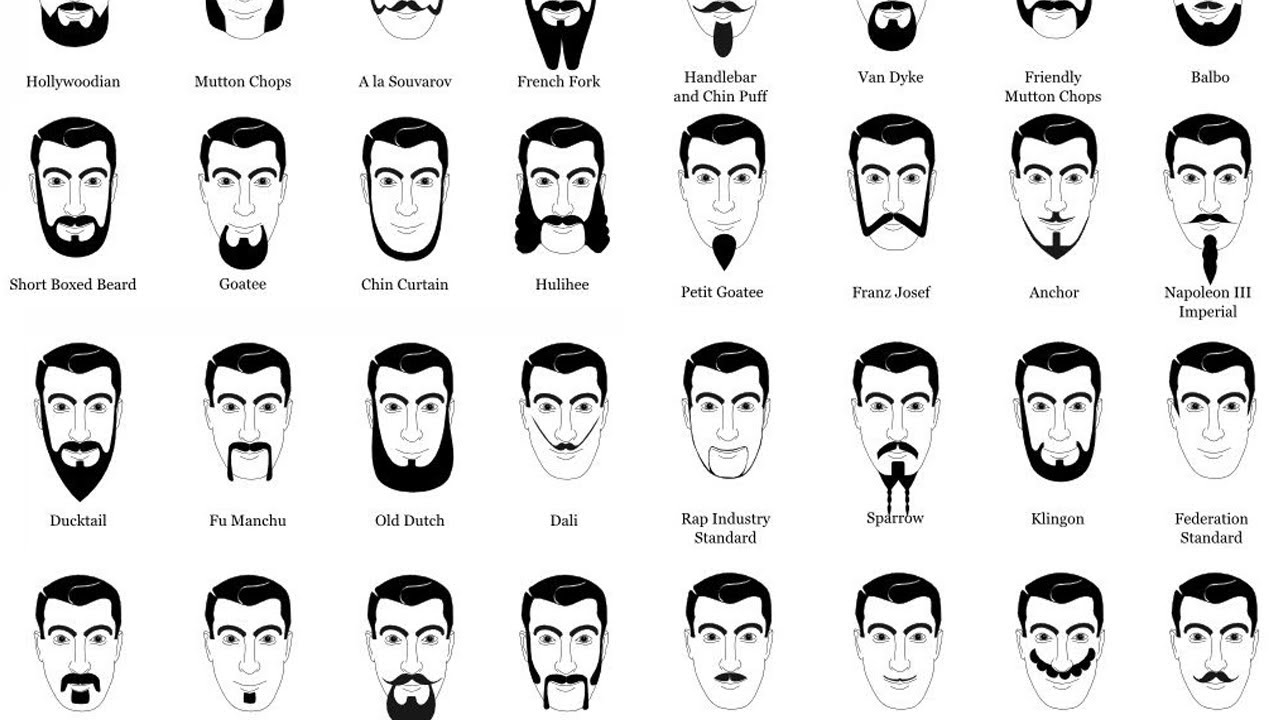 The same cannot be said for other countries.

For example, the United States, facial hair is seen as a trend that will eventually fade away, with the clean-shaven look considered more traditional and acceptable in all circles.

What People Think About Beards

People in Egypt look at beards in a sort of awe and admiration.

It stands for a certain kind of character that many men try to emulate, and many people respect.

If a man is out and about, sporting a full beard, and interacting with the world, take the time to ask people what they think of this man. 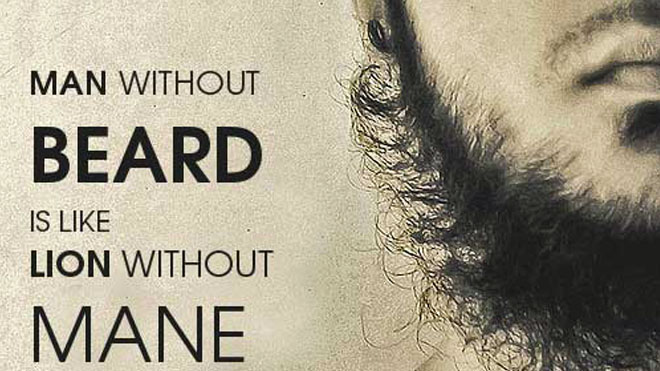 Shave that beard off that man, just do, and watch the regression happen in an almost comical speed.

That mature, responsible man, who looks cool and confident and gets girls left and right, gets nerfed.

Without the beard, that guy turns into little Hamada from Sadat High School for Boys. He’s currently running to the supermarket to get Pepsi for the guests upstairs.

Without that beard, that young man is Superman with a kryptonite!

The staggeringly different perception a genetically blessed man gets after shaving the beard is the same perception men without beards get all the time.

The world is a bit harder on beardless men because there is a strong connection between facial hair and masculinity.

This leads to all the other myths that have sprouted from that concept.

But when did Egypt’s streets get littered with beards left and right?

It wasn’t always like this. Any look at our old films and TV shows will tell you just that.

Facial hair for Egypt’s men has been through a lot of changes in the past few decades. These changes have more or less defined the acceptable look for men throughout the country.

That’s a fact that can’t be questioned considering how the two decades can be solely defined by Ahmed Abdelaziz’s infamous mustache. You know the one. It haunts us in our dreams. 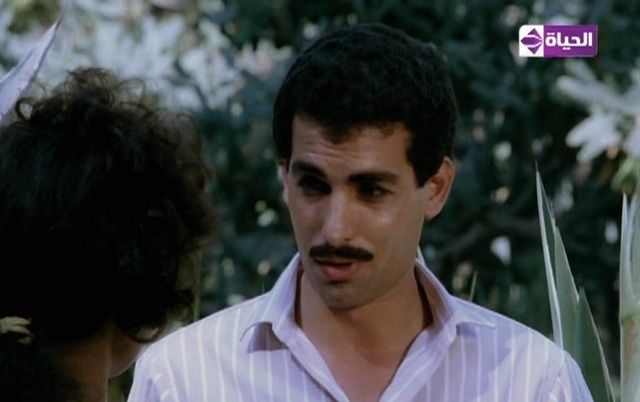 The 2000s brought with them the rise of the goatee, an unfortunate part mark in facial hair history everywhere. 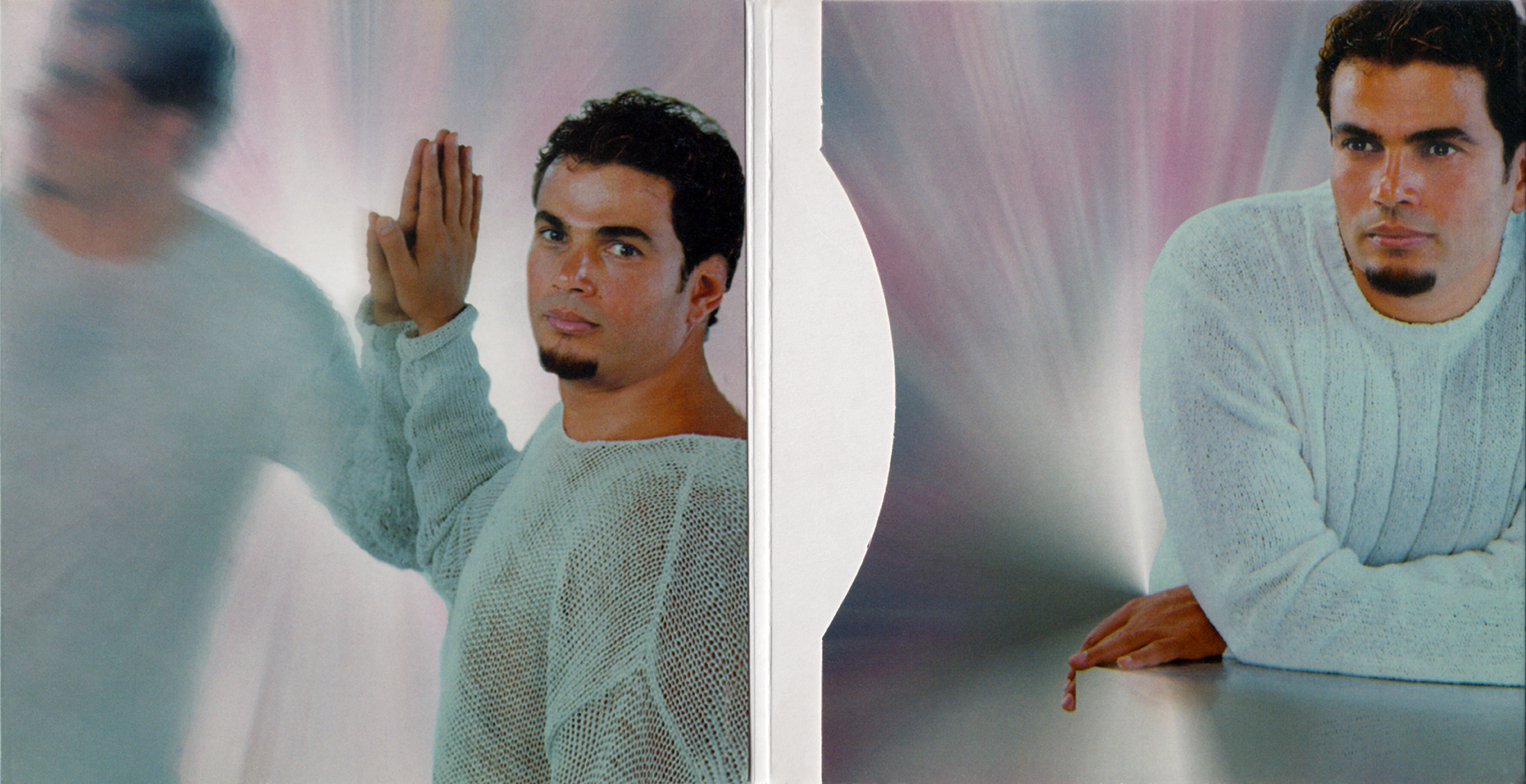 Then we took a dive in the 2010s and beards conquered the country.

It’s unclear how the development from ‘occasional beard’ to ‘occasional clean-shaven’ happened.

It seemed to quite literally happen overnight here, but in other countries abroad, people have generally chucked it into being part of the hipster culture that was born in 2010 and thankfully died in 2015. 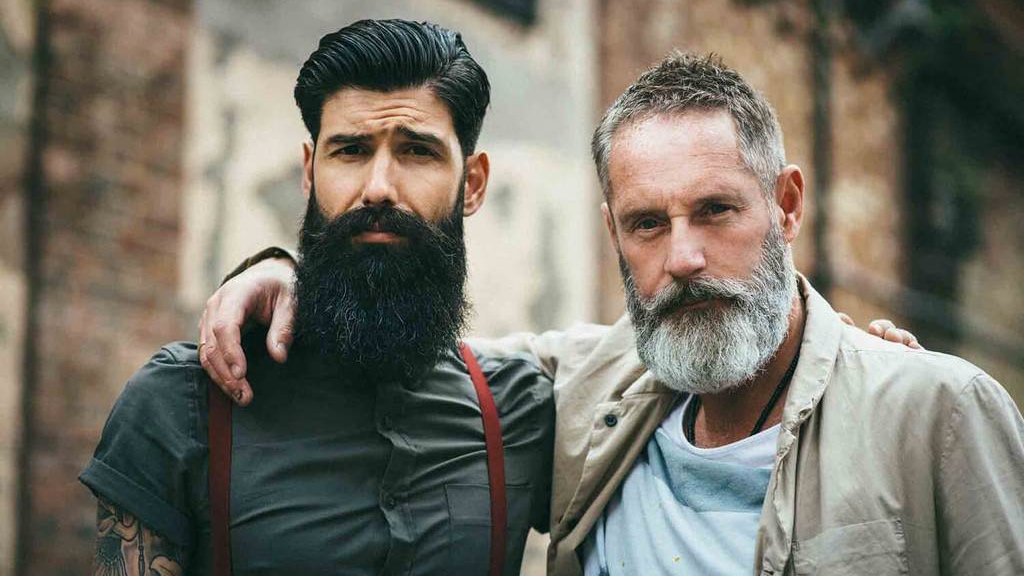 Solutions For The Beardless

The rise of the beard came with a horde of problems that weren’t as clear before when people just stuck to mustaches and shaven faces.

Problems like ugly beards—neck-beards, for instance—and the beard that just won’t fill in were suddenly among us and people have tried their best to solve them.

Some solutions include surgery. Yes, you read it right. 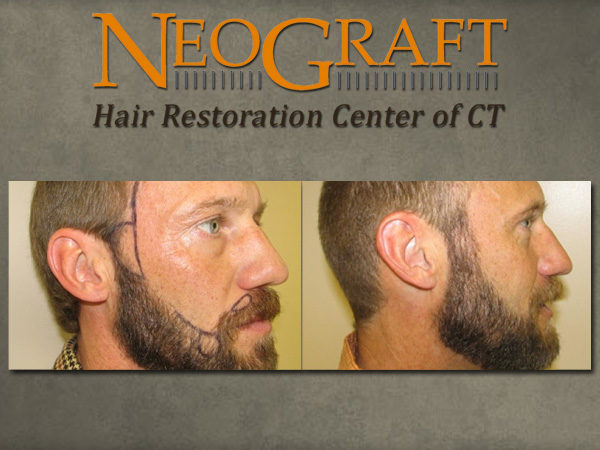 Surgery to make your beard thicker or, you know, existent is an actual thing and some men actually do it.

Of course, it costs time and money and probably blood—probably—so we can’t say we recommend it, but hey, to each their own.

Another one of these solutions is one the humankind have invented a long time ago, so an added update wasn’t a surprise.

If you have troubles with your beard, you can just wear a wig. 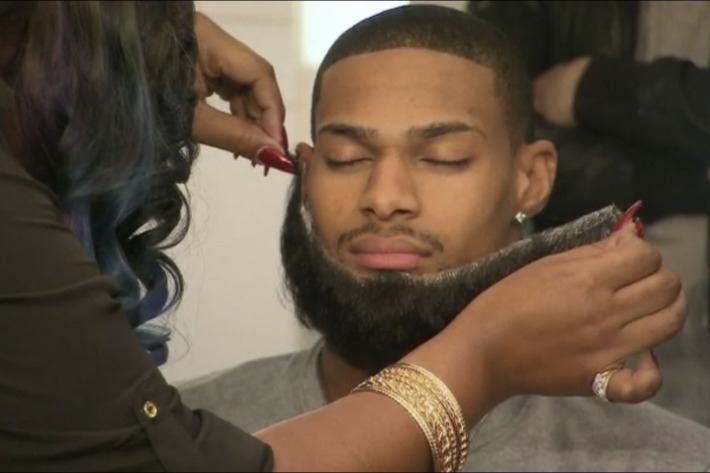 Many people actually wear beard-wigs, though you can imagine the hassle of trying to stick it all together every morning and make it look natural.

Sometimes, it never even looks natural and everybody in a ten mile radius can tell it’s not real.

Now that you know you might never un-see it. 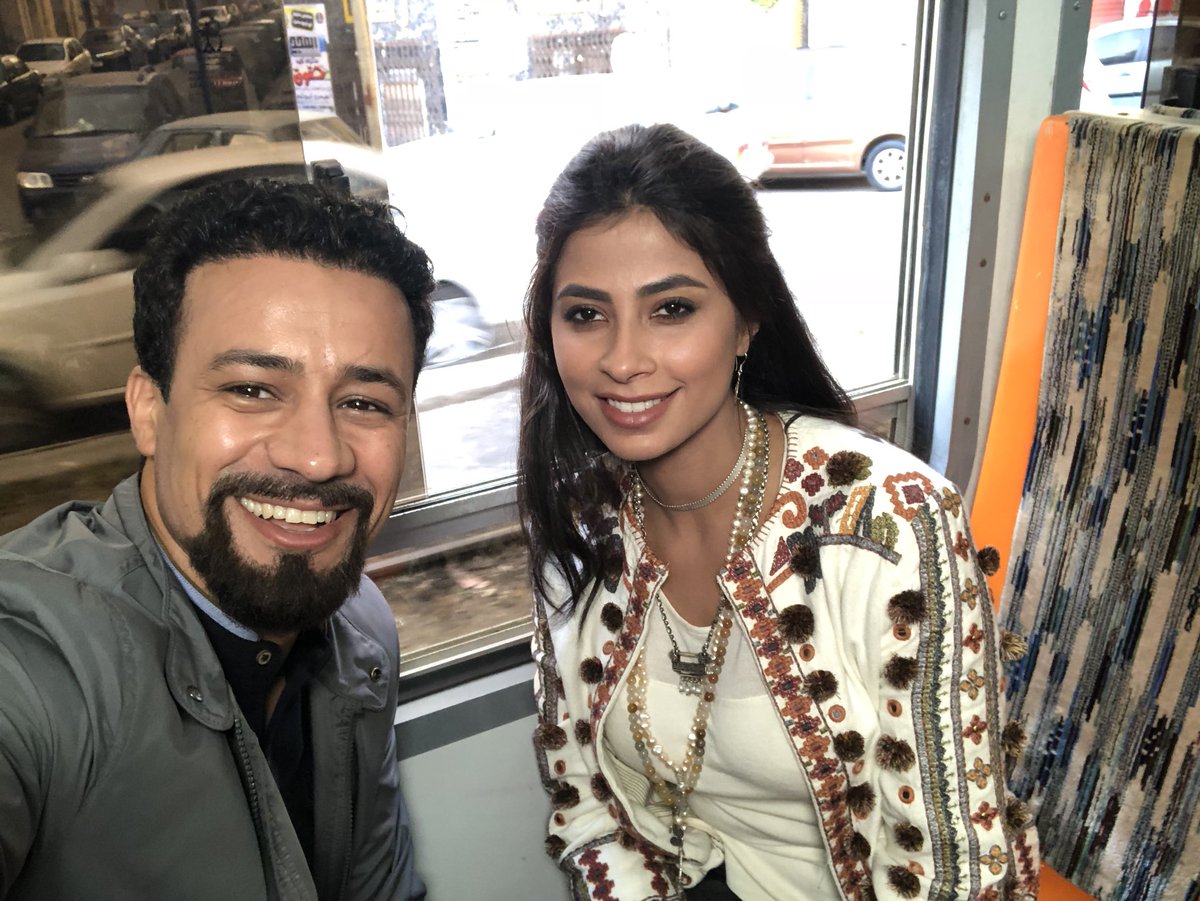 Some solutions don’t require any procedures or possible public humiliation.

People can now use vitamins or castor oil or the many nature-friendly, inexpensive ways that can’t hurt if they don’t help. 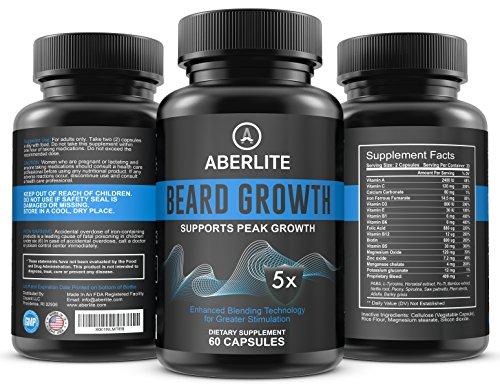 But Why Would Anyone Go Through This Hassle?

Now that you’ve read only a couple of these solutions, that might be a question you considered asking.

Just what is so important about having a beard that some people would give up time and money trying to make it happen?

We have an answer for you. Actually, we have many answers for you, so let’s get started.

Myths and Other Stereotypes

There are a lot of myths around beards and facial hair for men in general.

Among the most popular misconceptions are that beards make a man who he is, a man.

Others are that beards mean that a man is wise, responsible, masculine, rugged, confident, cool or attractive.

There’s no manual that says all of this but taking a minute or two and trying to see how people see beards makes you understand just that.

For most, these myths aren’t things they are even conscious about. They are concepts people pick up through society and culture.

Let’s Go Back To Our TV Shows.

Try to think back to an Egyptian TV show you’ve seen or even heard about. Good? Now, try to think about its male lead. 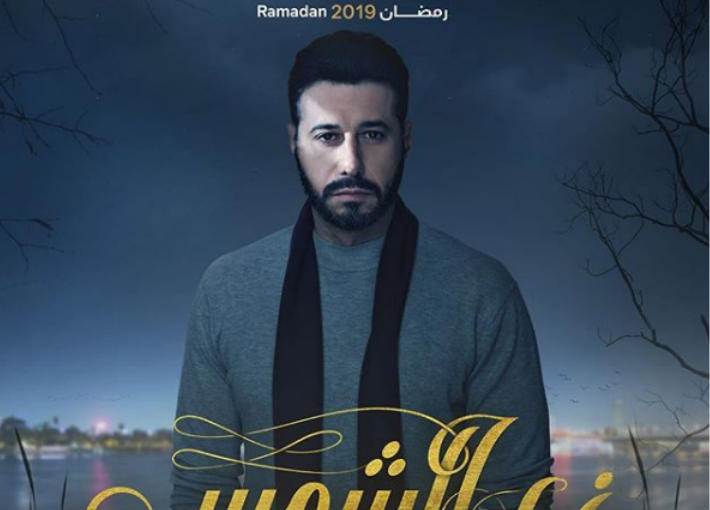 Chances are the lead has a nice, full beard and they’re presented in some or most ways as a desirable macho man because that character sells.

These myths also affect another spectrum of men, the ones who can’t grow a full beard.

Again, it might not be a noticeable thing. However, when you keep presenting a certain type of man as the alpha everyone should look up to, it eventually takes a toll.

Beardless men either eventually accept it and make jokes about their smooth cheeks.

Some feel a tad insecure and also make jokes about their smooth cheeks, tinged by a tone of envy.

Nothing is worth it, to be honest.

We’re a generation that directly and indirectly defies the rules and hopes of society, so why should we try sticking to them now?

What good do we get from trying to conform, really?

If you have a beard then good for you and if you don’t, it’s pretty much the same.

If you feel a tiny bit upset that you can’t grow a single hair on that chin of yours while another friend keeps complaining about how fast his beard grows, make a joke at his expense and move on.

Work on being a man in a way that works for you and thank God you’ll never be in danger of growing a policeman mustache.