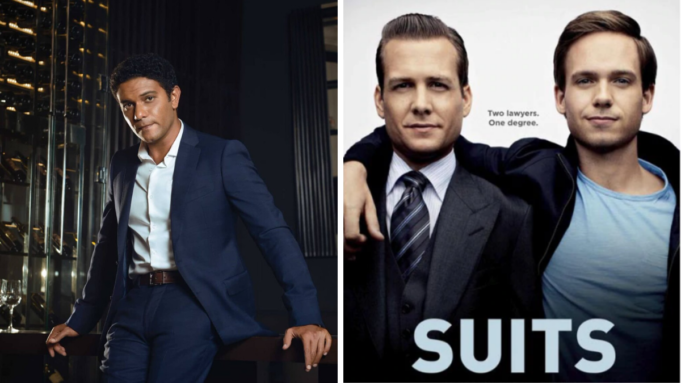 If you haven’t heard the news, let us be the first ones to share it with you. Asser Yassin is currently collaborating with director Khaled Marey for an Egyptian remake of the hit series Suits.

And, before you say anything, yes, we know. We know the old drill about all the remakes and adaptations and how we need original content and all that jazz, but consider this:

Even if it’s “yet another remake”, it may just turn out great. Still don’t believe us? Well, let’s dive into all the things that are worrying you about the Egyptianized Suits.

Can Asser Yassin actually do it?

So, we’d like to answer this basic question with “well, why can’t he?“. Sure, you might roll your eyes and sigh and say that this is a bad answer for a question you want the answer to, but if you think about it, we’re right.

See, Asser Yassin’s taking the lead role of Harvey Specter might throw the fans of the show into a loop because, well, our history with foreign show adaptations isn’t exactly stellar, but we have to forget about those mini-fiascos for a minute and focus on what we have.

We have Asser Yassin for the lead. Is this good? You tell us. You’ve seen projects like Fi Kol Esboo3 Youm Gom3a and 30 Youm so we all know he knows how to dive into complex characters.

What he truly needs is good direction so the performance doesn’t start good only to veer off into wooden or a Gabriel Macht-replica because as iconic as the original Harvey is, the saying goes “if you can’t bring your own spin to it then you shouldn’t do it“. And yes, we just came up with it.

The writer and the director are actually pretty important here

Remember when we said that Khaled Marey is the director? Yeah, that’s kind of cool on its own but that’s a pretty big deal when you know that Mohamed Amin Rady is reportedly working on the script.

We know we sound weird now but this specific writer-director duo gave us El-Saba3 Wasaya, Neeran Sadeqa, and El-Ahd — 3 hit shows focused around ensemble casts literred with secrets and dysfunction.

And if anything, that might mean that this Suits remake might just turn into an adaptation that actually works for Egypt.

Should we hype it up already?

Well, we don’t want to set you up for disappointment so we won’t tell you to start a countdown or anything. See, here’s the thing with remakes and adaptations: you will not like them because 70% of the time you’ll be attached to the original.

But that doesn’t mean you can’t catch the show when it airs to see how it all turns out. It might surprise you, in terms of acting and script, so where’s the harm in that?