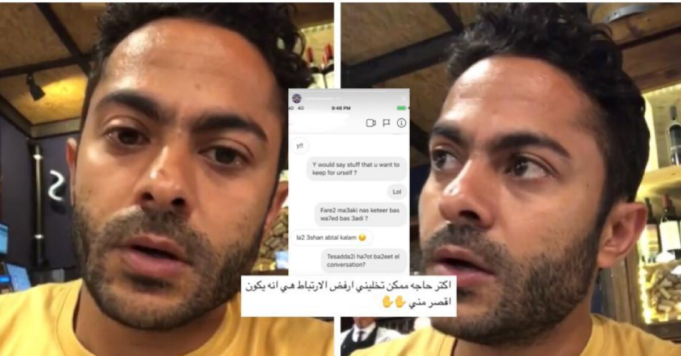 Younes has a history of never standing down to ‘internet bullies‘. And we’re saying ‘bullies‘ because usually people don’t just criticize him, they actually send him hate comments full of harsh insults. And he basically likes to expose them.

Apart from that, although also not a first, what happened this time was different. As Younes received many comments about his height from both guys and girls saying he’s short, as if it’s a flaw.

Younes addressed the topic and said that he actually receives those kind of comments on the internet as well as in real life. For example, according to him, people say stuff like “If only you were taller“.

Which is, needless to say, absolutely disrespectful. And although it might sound like it’s normal or maybe even a compliment in some cases – that the person is perfect but needs to be taller -, guys really don’t appreciate it, because it’s simply not funny.

As Younes addressed the annoying topic in a more or less sarcastic way – like he usually does -, he started giving the girl/girls who mocked his height a taste of their own medicine.

Like, how would you feel if you had a ‘flaw‘ and that flaw, for instance, is that your were an abandoned bride whom people are still mocking her situation?

He also talked about how upsetting it is to treat people as if they lack something you have. Whatever it is. And the fact that people, sometimes, take this as proof that they’re somehow “the better/superior kind“.

On top of that, he exposed a girl who – despite the full on speech he gave on his Instagram Story – still decided to mock his height. But, in a ‘logical‘ way. Saying that if she’s 180 cm tall  for example, it would be impossible for her to have a relationship with a guy who’s only 150 cm. 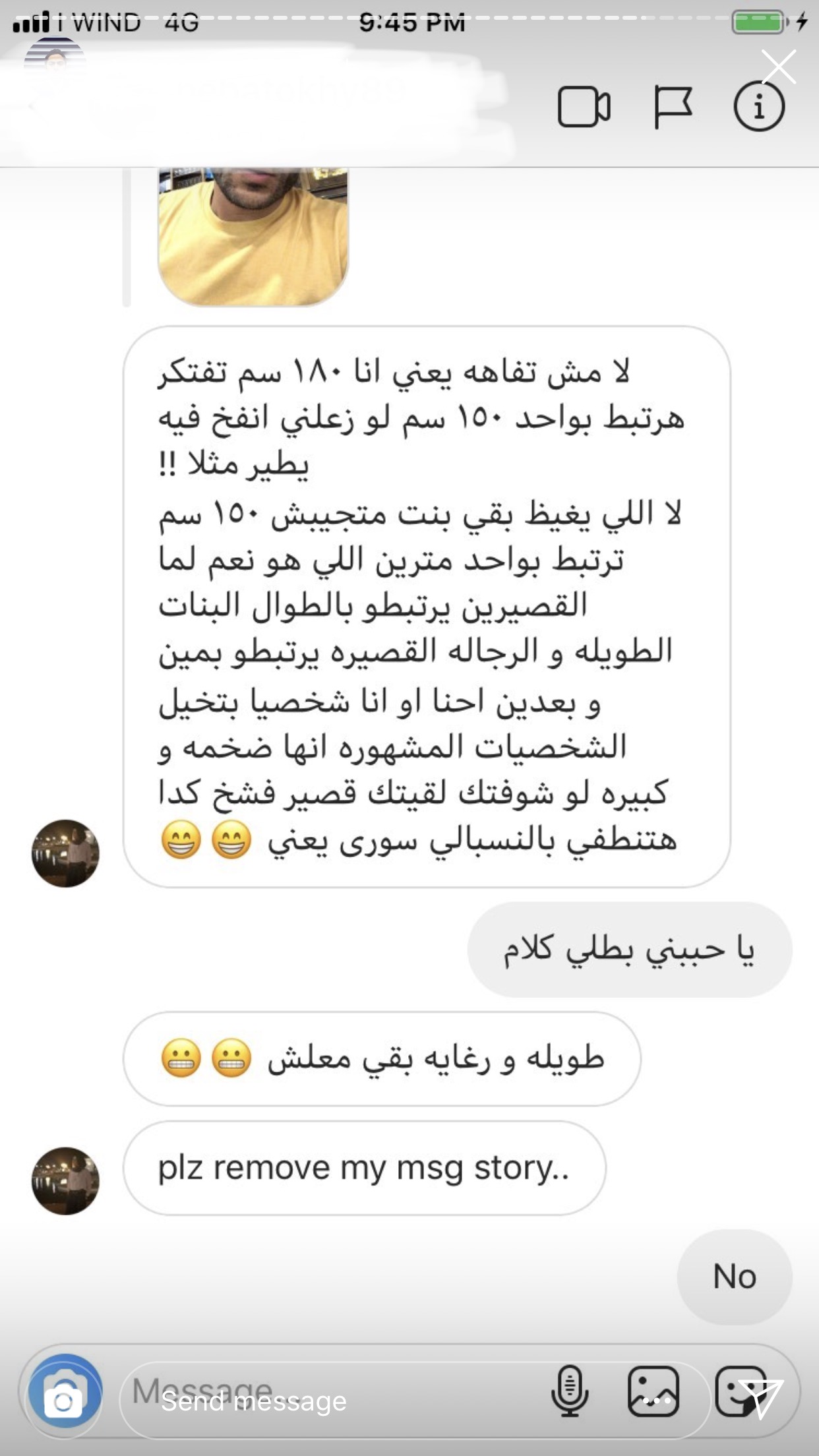 It’s true that she didn’t curse at him like most people do; however, she was still keen on mocking his height as you can see.

First, the whole “Short Guy” stigma has to end. We don’t understand why exactly some people think it’s funny to mock someone because of their height.

It’s literally the same as bullying someone because of their gender, identity, religion, race, color..etc. Therefore; it’s really not a joke. And mocking an internet celebrity because of that also doesn’t make it magically okay, just because he’s bound to face criticism.

Keeping in mind that this actually doesn’t fall under criticism, because unless you’re criticizing something he’s doing/ you disagree with him on; it’s called bullying.

On the other hand, it’s not even about Tameem Younes. It’s about how wrong and unnecessary it is to make fun of a man because he’s relatively short.

As much as it might not seem like that big of a deal, yes, men do get upset. Because letting their height define them and be a dealbreaker when it comes to relationships is just rubbish. 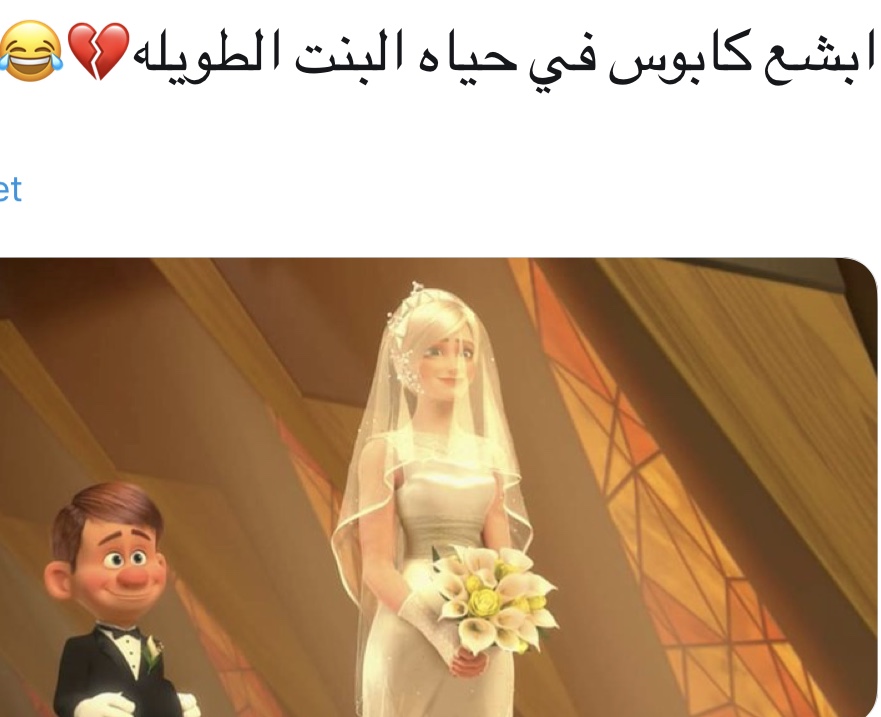 And unfortunately, some people do this a lot more than anybody could think.

Let alone the fact that some people actually do see being short as a flaw. Which era are you living in, guys? This is absolutely not fine!

Coming to our second issue:

As you guys saw in the screenshots, the girl who was still keen on mocking Tameem and ‘logically‘ filling him in on why girls don’t like short guys, got upset he exposed her. 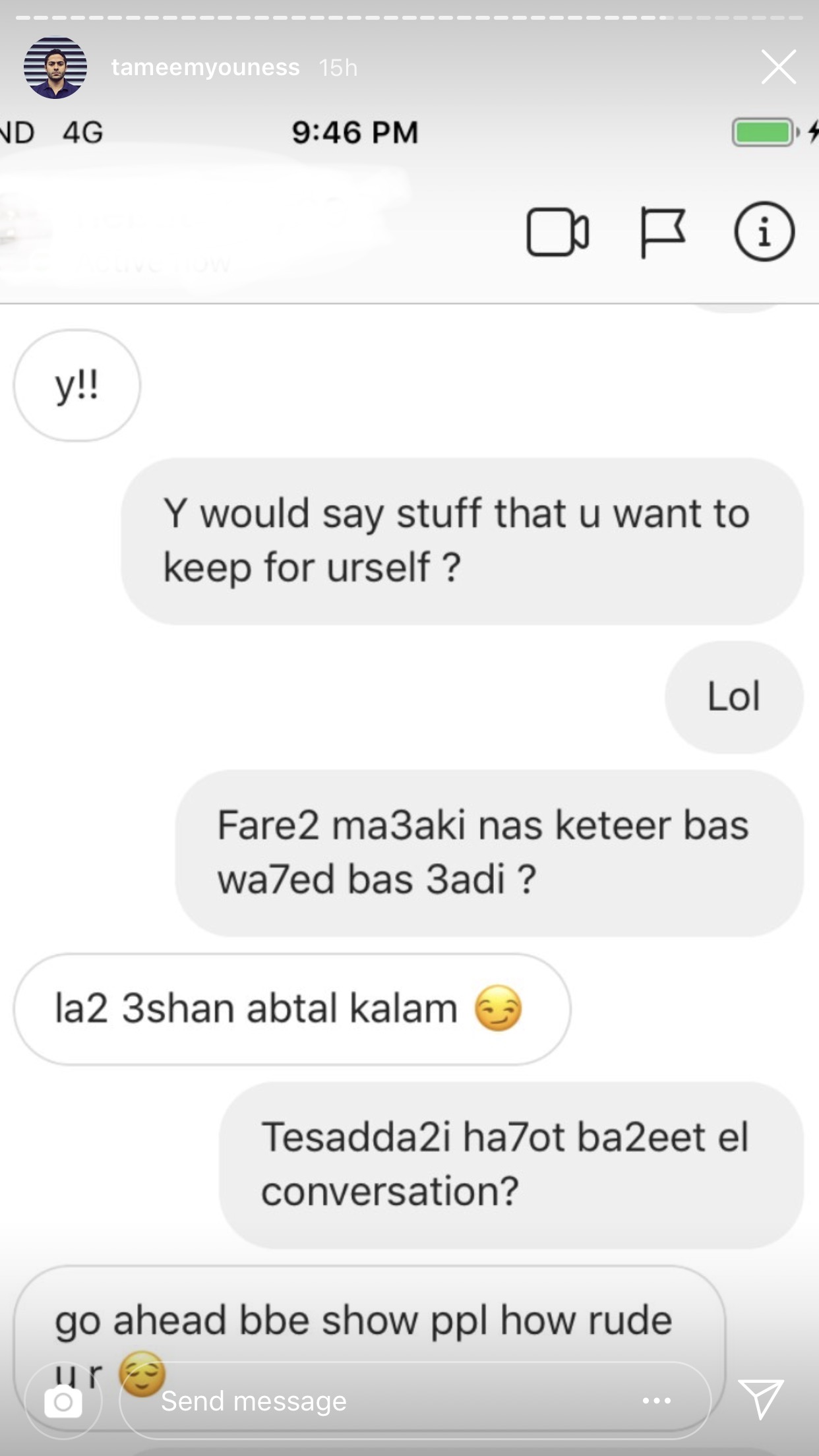 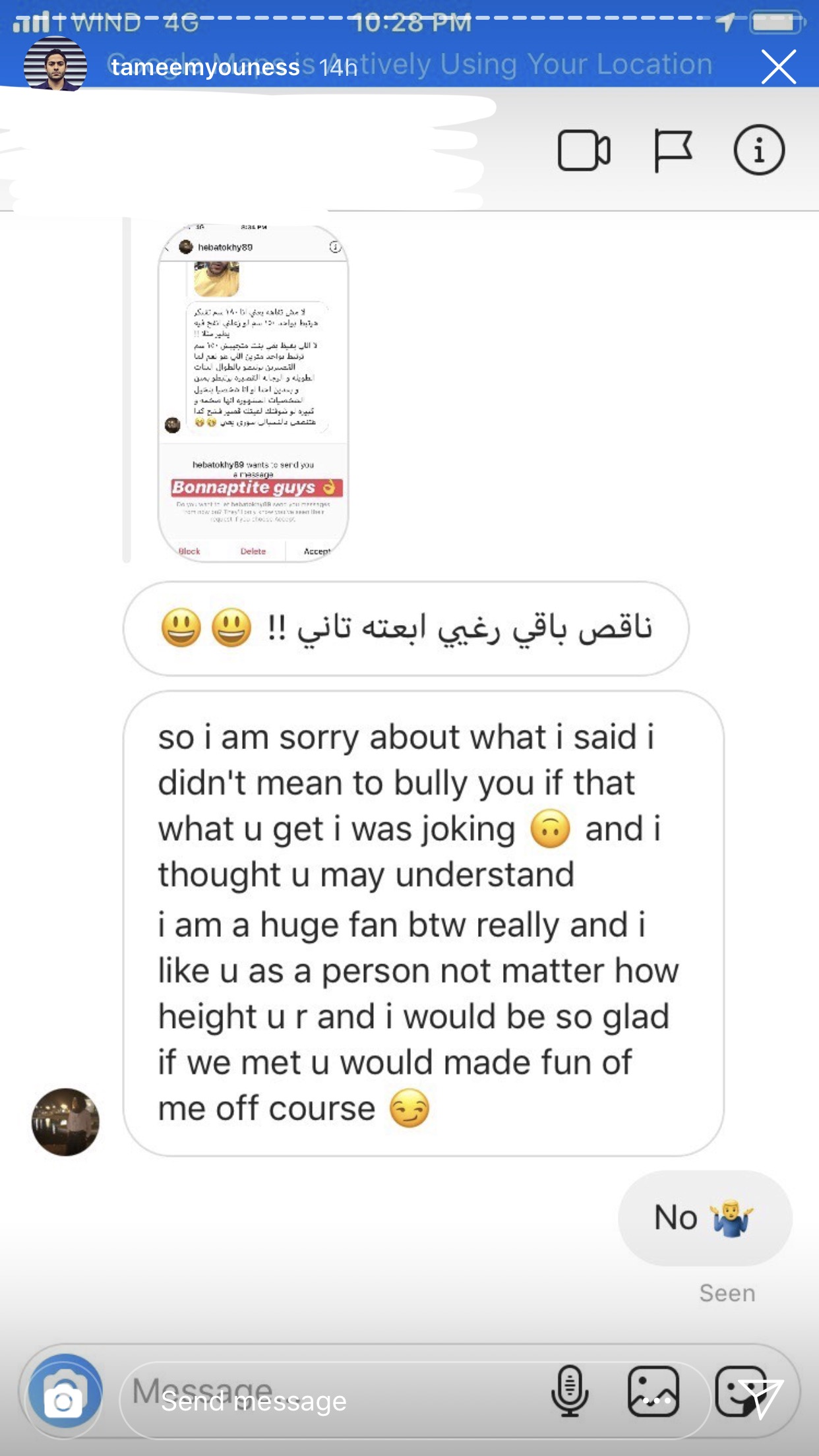 And when he said that he won’t take down the story as she requested, she thought he was rude.

We’re having a hard time understanding why would someone think it’s fine to send hate to anyone in the world, but feel offended when they’re exposed. Like, YOU did this!

And if you don’t want anyone to see it because you feel embarrassed by what you wrote, you simply shouldn’t have done it from the beginning.

So, in conclusion, mocking someone – celebrity or not – for anything in the world, including their height, of course, is not the least bit funny.

And people should really own up to whatever hurtful/rude things they say to others. Don’t you guys think?