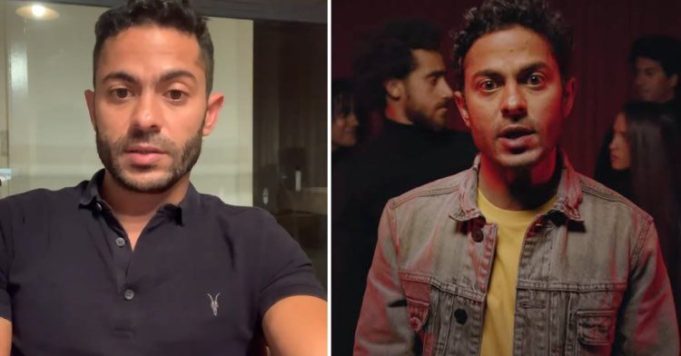 It appears that with Tameem Younis, being a public figure for a while now, problems never cease. The latest to that list is his controversial song Salmonella released 7 months ago.

A song that, by the looks of it, appears to cancel out consent. But below the lines is “ridiculing” men who don’t sit right with rejection. Something that sparked lots of debates back then, expressing concern over how this type of song would be perceived by the public.

Shifting back to the time we live in now, and amidst a major and an unprecedented anti-sexual harassment movement led by Egyptian women, Tameem Younis still managed to make this about him, not realizing that he’s taking away from the movement.

It all started when Tameem posted this video about “consent” on his Instagram account, in an attempt to show support of the ongoing social media movement against rape and harassment. And boom, BACKFIRE!

People instantly screamed “hypocrite” since he was the one who brought the “3shan teb2y t2oly la2a“ line into our lives. That is now being misused in condescending ways towards women by men; and especially teenagers on Tik Tok challenges.

To add insult to injury, some harassment accusations targeting Younis resurfaced here and there. Younis, thinking NOW would be a good time for his personal vendetta, published this media statement warning those who pointed fingers at him with a 10 Million EGP lawsuit.

The thing that got everyone wondering why, all of a sudden, the focus is now shifting to Tameem Younis instead of the real victims. That’s just all wrong. So, following some really big waves of hate and criticism, Tameem finally decides to back off.

On that note, he deleted the “lawsuit” post and made a video declaring how he decided on the removal of his song “Salmonella” for good. Apologizing and stating the following…

“I apologize if anyone has been badly affected by this song […] If this [Removing Salmonella] will prove that women can change what they don’t like, then congrats, women took down Salmonella.”

Truth be told, removing a song is not the ultimate triumph for this ongoing women-led social awakening. A social awakening that came after decades of accumulative female efforts, let alone removing it after getting bashed for it. Why wasn’t the song removed earlier when it was initially badly received?

And even though we get why Younis chose to remove it at this particular timing, he could’ve done it without making a big deal out of it. A simple Instagram statement would do in these cases.

Men are welcome to join in for the cause of course (in fact, many men are actively participating), but no man, no one, should make this about them. Let alone, a man who is going after a personal victory.

Let Tameem Younis’s story be a lesson for the days coming ahead. Egyptian women are doing something big right now; let’s not allow anyone to try and rain over their parade or get away with it!