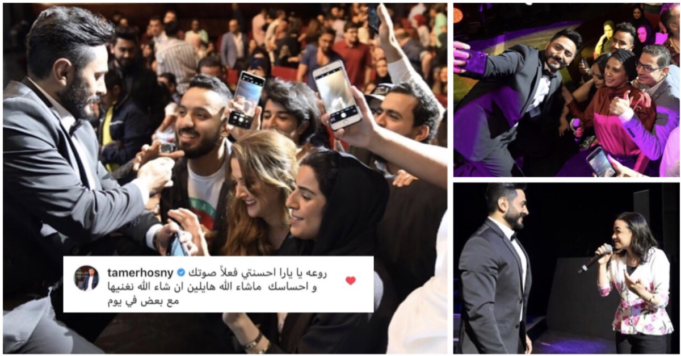 Nowadays, not many celebrities are decent to their own fans. We, unfortunately, see and hear stuff that shocks us and makes us think that stars don’t appreciate their audience anymore.

When it comes to Egyptian singer and actor Tamer Hosny though, it’s very different. There isn’t a single incident we can recall where he was being rude to his fans. Not even once! (unlike many other big names.)

And recently, a rising Egyptian star had told her own story, proving how much of an angel Hosny really is.

Although the incident itself is from a year ago, it’s basically unforgettable. And is a beautiful example to lead by.

In late 2018, Yara Ali posted a video on her Instagram account where she sings a medley of the superstar’s songs. Shortly after she tagged and dedicated the song to him, he replied with words that are beyond motivational.

Not only that but Yara also got a call from his team days later telling her to go and meet him, because Hosny usually goes to extra miles in order to make his fans happy.

We honestly don’t think it could get any better than this. Because we’re pretty sure you guys know how it feels when you have an idol or a favorite artist, and suddenly he acknowledges you and even applauds you for things you’ve done.

Not the First Time

It’s really hard to keep count of the amount of times Hosny had done nice things for people, specifically his fans. There’s hardly any concert where he doesn’t hand the mic to anyone who wants to sing, for example. Unlike many other big names!

In weddings, he’s usually not your typical ‘wedding performer‘ who sings a few songs then leaves. Actually, it often feels like you invited your best-friend to sing at your wedding.

Hosny’s home address is known to a number of people and is not completely hard to find. So every now and then, a few fans go and wait in front of his house in hopes that he comes out and says hi.

And if you think he doesn’t do that, well, we have a surprise for you. He does! 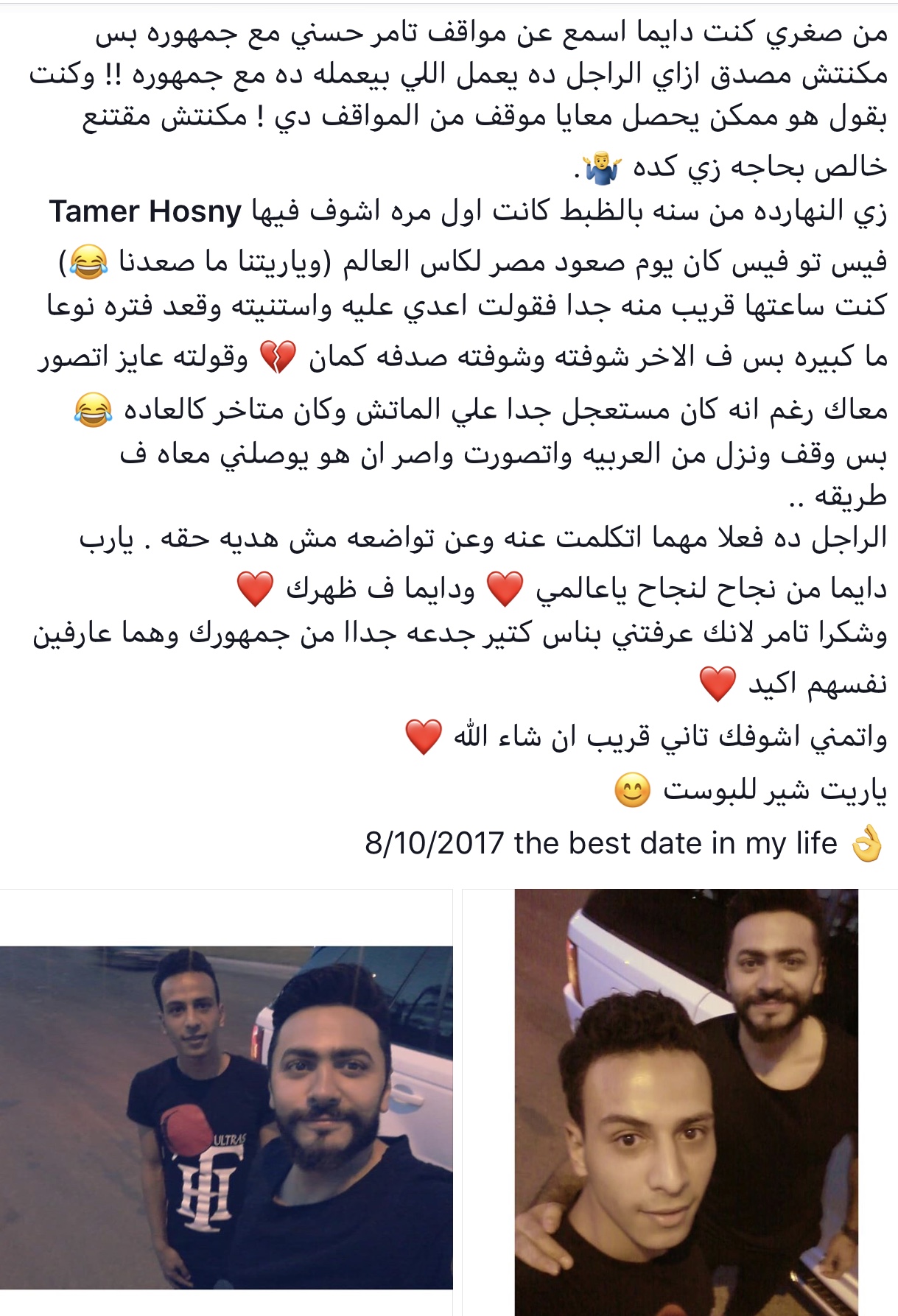 Don’t you just love to see genuine and nice people/celebrities appreciating what they have? We said this in previous articles and here we are saying it again: Even if you have an extraordinary talent and your fame is undeniable all over the world; you still wouldn’t be where you are without your fans!

And as much as we’ve witnessed a couple of other celebrities who ignored that and were oblivious to it; we’re happy to see that someone like Tamer Hosny – with such huge popularity and big records -, is completely aware.