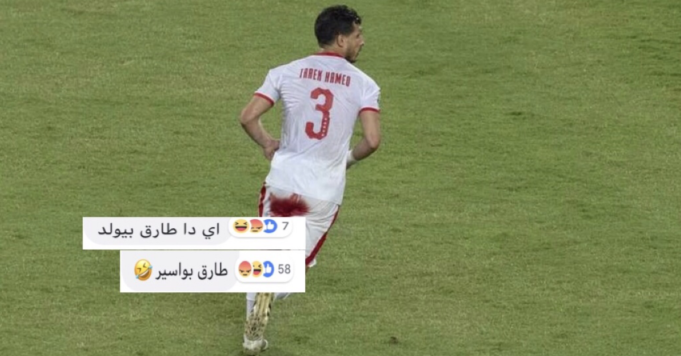 On Sunday, May 26th, Al-Zamalek defender Tarek Hamed was severely injured during the club’s Confederation Cup win. And for some reason, instead of sympathizing, some individuals thought it would be more fun to turn the player into a joke. 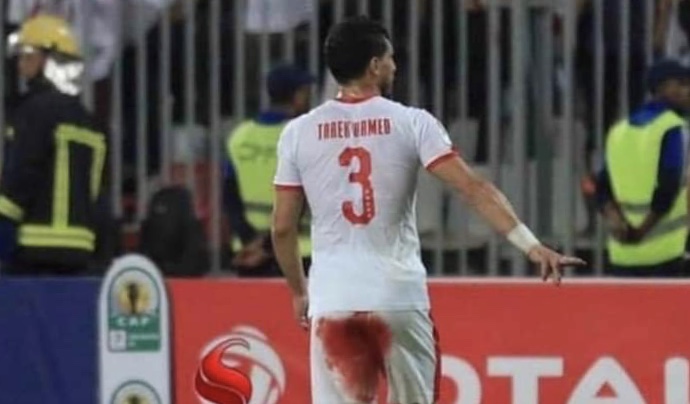 Alexandria’s Borg Al-Arab stadium was literally packed with fans on Sunday evening. They were all loudly cheering for their team against Morocco’s Nahdet Al-Borkan. 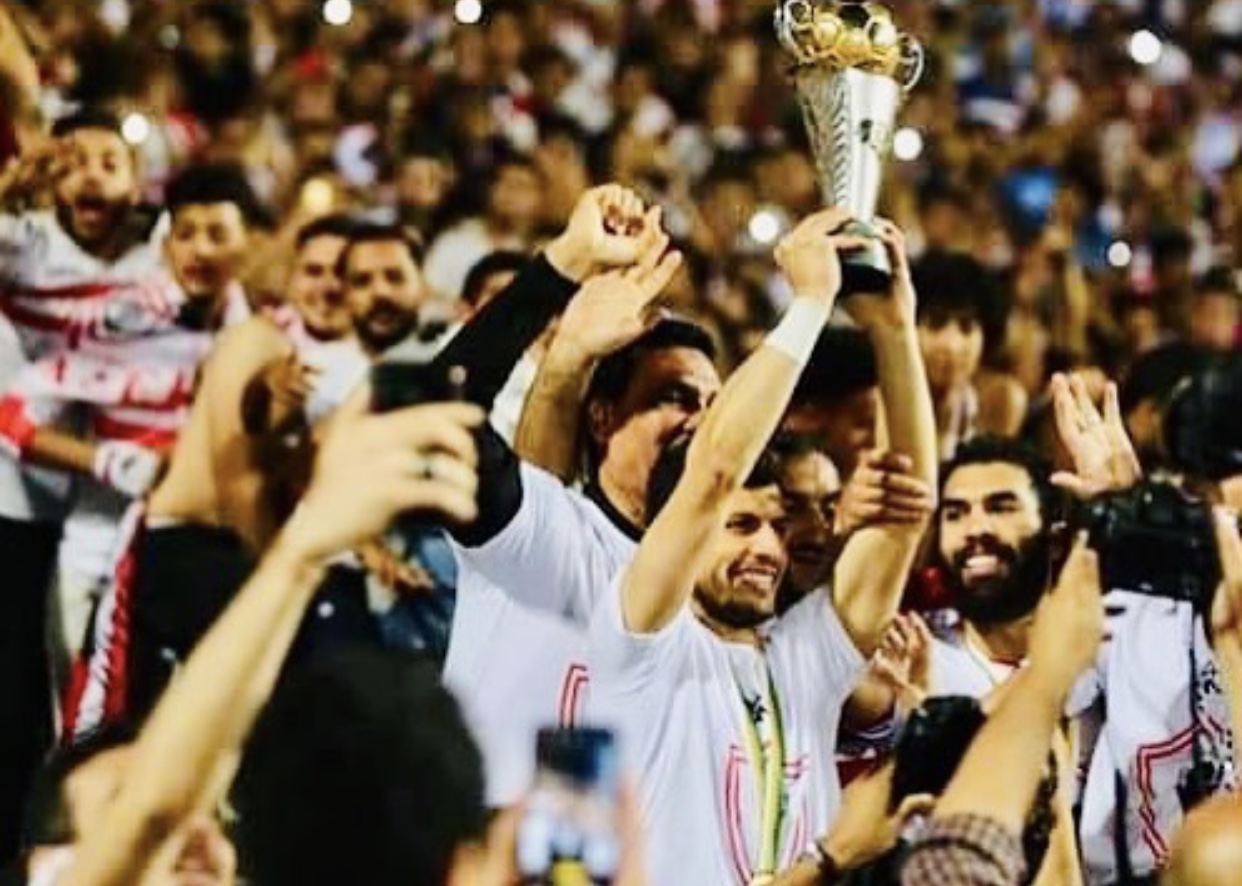 Luckily, the game ended pretty well for Al-Zamalek, who won on penalties.

It’s true that the White Knights did all their best to win their first ever African Confederation Cup. However, it wouldn’t have been possible without their warrior Tarek Hamed! 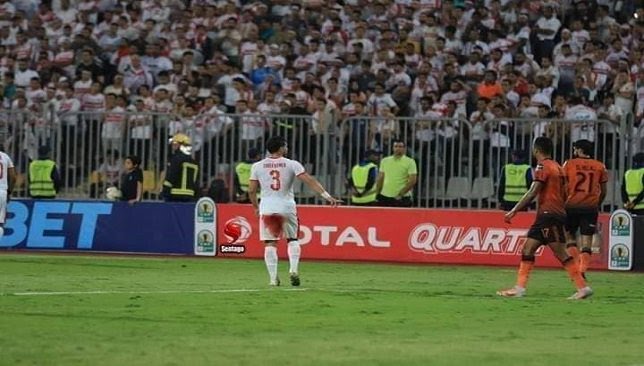 Hamed did not just suffer non stop severe bleeding; he also played the WHOLE game through the horrible injury, only getting out to change his shorts THREE times, during the game. In order to not let his team and the fans down. And guess what? He still didn’t even flinch or let the opposing team take advantage of his injury!

But do you know what Hamed got after putting up with all of that? Bullying and disrespect, to say the least!

People on the internet have not let this one slip. They disregarded the historical win as well as Hamed’s outstanding efforts and decided to bully him online.

The disgusting reactions varied between those who said that he’s probably on his period, those who joked about him being pregnant and giving birth, and those who thought it’s funny to say he has hemorrhoids. In addition to other ridiculous and disrespectful things, of course.

We’re not going to talk much about how this is straight up bullying, because we would be stating the obvious. But hey, what’s up with the weird sexism, though?

Is blood now exclusively related to either being on your period or giving birth? Seriously? What’s wrong with you people?! And what’s even funny about something like that?

Don’t those sick minds think it’s literally awful to make fun of a freaking disease? Like the hemorrhoids, for example?

Would you like to see yourself or someone you love in that position while people choose to bash you instead of applaud you for it?

We understand the whole Ahly and Zamalek arch rivalry. And we know it’s not new for the two huge fan bases to be in a constant feud. And a strong one, to be exact. But how does this give ANYONE the right to disrespect someone like that?

Dare we remind all of you that other than being a Zamalek player, Tarek Hamed is also one of the most important and crucial players in the Egyptian National Team. And if he doesn’t recover in due time, well, we’re all screwed for the upcoming AFCON. We hope you know that!

With that being said, it’s not even about this. It’s about the fact that he’s a human being who deserves better than this. Actually, a human being who simply does not deserve the infamous cyber-bullying, just like everyone else.

On top of all of that, what was the point of dragging women into this? What’s up with Egyptian men and not being able to shut up about women and their sex organs?

Why is a bleeding player whose whole kit is messed up due to an open wound automatically linked to a woman’s menstrual cycle or delivery? What the hell?

We’re currently in Ramadan, which is – last time we checked – a holy month that’s ‘supposed’ to be free of ribaldry! However, the rivalry culture, again, disregarded that and revealed itself in its ugliest forms. If you now check any sports comments section, you’ll find Ahly and Zamalek fans fighting and insulting each other in the worst ways possible!

Why did a bleeding player who was only doing his job lead us to this?

Finally, we would like to clarify that the comments included in the article are actually not even the worst ones. There were many others which our editorial team found too inappropriate to publish. Such a shame! 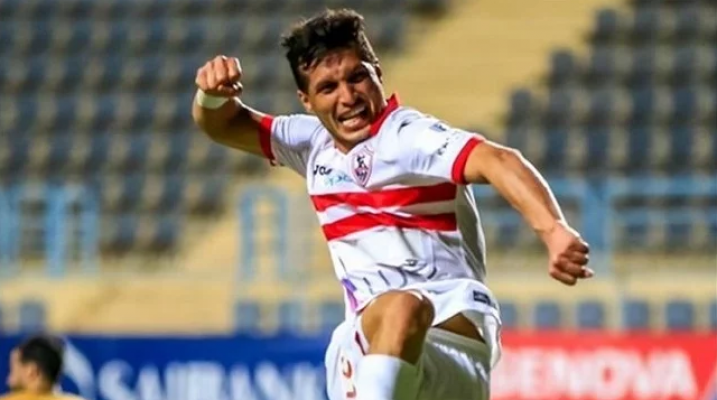 Most importantly, we wish the national team’s best defender, Tarek Hamed, a speedy recovery! The injury turned out to be a lower back wound that resulted from colliding with one of the opposing player’s soccer boots with metal studs.

Reports also confirmed that he’s doing well and is not even feeling the pain, which is great!