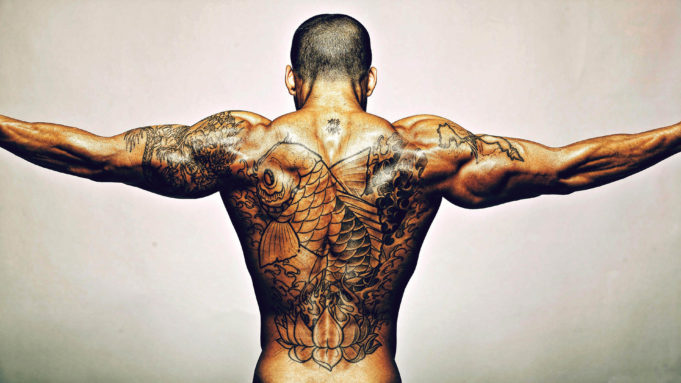 This September, the British Museum in London exhibits artifacts from the Scythians – Nomadic people who inhabited southern Siberia from 900-200 BCE. One intriguing piece is the tattooed skin of a male warrior dated 2,400 BCE and perfectly preserved by Siberian ice. But evidence of tattoos go even further back.

The art of tattooing was an integral part of many cultures around the world and throughout history people marked their bodies for different reasons. In some societies tattooing was a mark of status, for others it was a sign of degradation. Other purposes include spiritual connection, healing, belonging to a group or simply fashion. The art of tattoo has persisted and evolved, painting episodes of our history along with our bodies.

Today, most people resort to tattoos as a form of body embellishment. However, many tattoos are poorly executed and artistically mediocre – and worse of all, void of meaning. The evidence to this is that the tattoo removal industry is flourishing, leaving many to resort to traditional patterns, delve in their stories and relate to their meanings.

In this article, Identity Magazine would like to explore two tribal and traditional trends that are strongly taking over the world of tattoo today, not only for their intricately beautiful designs but also for their unique executional techniques and the cultural values behind them.

Renowned today as one of the most beautiful designs of body art, combining myth, art and belief, Japanese tattoos have roots as early as ancient times. Recovered tomb figurines from 5000 BC show body art, and a Chinese text from 297 AD describes how Japanese men decorated their faces and bodies – at that time tattooing was a sign of status. However, by the 7th century it became a punishment tool and remained so until the 17th century when more decorative and pictorial forms emerged gaining popularity worldwide. Themes and patterns that make classical Japanese tattoos were developed between the 18th and 19th centuries and remain unchanged to our day.

Whether it’s the wisdom of the dragon, the determination of the koi fish, the rebirth of the phoenix or the luck brought by the snake, every Japanese motif tells a story that interlaces myth, culture and aspiration. Today, classical Japanese tattoos with their lavish pictorial designs, colors and traditional method of depiction are largely sought after.

When it comes to tribal societies, tattoos were predominantly a sign of strength and status. The Maori, the indigenous people of New Zealand, covered their faces with mesmerizing patterns. They became so renowned for their art of tattoo that their heads were traded at one point for gunpowder.

The arrival of the Europeans in the 17th century had challenged the Maori in many ways and lost them much of their culture. However, their unique tattoo art with its exquisite curves and spirals created with a chisel, remain to tell their story and give us a taste of their life.This art was largely preserved by the collection of mummified heads, most famous is that owned by Major General Horatio Robley (today displayed in the Natural History Museum in New York) and the paintings of Gottfried Lindauer (1838-1926).

Today, Maori warriors’ heads are no longer collected but their designs are replicated by tattoo artists around the world. Maori tattoos are strongly back in fashion – perhaps in an attempt to find authenticity and value in a world that imposes uniformity.

Tattoos are more than an art, they are a mean of self-expression. They are made to last on our bodies as long as we live – but we are bound to change and evolve in a lifetime – and hence if their meaning does not transcend the passions and struggles of a mere life, their value is quickly lost. Through traditional tattoos, people are not only seeking originality but an individuality that can encompass something of the larger human experience.