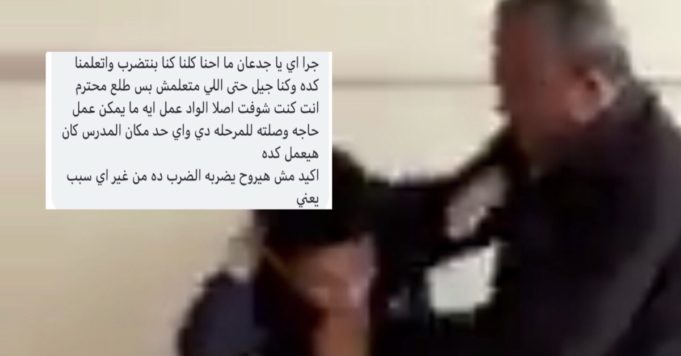 In late February 2019, a disturbing viral video showed a teacher mercilessly beating one of his students inside the classroom. Also, he did not just beat him up, he also SPIT on him.

From the kid’s fellow students to other teachers, the cameraman and whoever witnessed the incident; everyone turned a blind eye as usual. Not a single person volunteered to save the kid.

Those kinds of behaviors don’t really surprise us anymore. Neither do the spectators who basically do nothing but watch and be entertained by their surroundings, regardless of the harshness of the circumstances.

Nor the fact that there still are teachers who beat their students like that, to begin with. Because it’s simply not the first time, and it seems like it ain’t going to be the last. But with all of that being said, you know what’s worse?

There are actual human beings who support those kinds of behavior! Yes, you read that correctly, and if you still have any sense of humanity inside of you, you would feel sorry for what’s happening to the world.

Apparently, the internet people who once so fiercely stood up for the crying kid a while ago, are now nowhere to be found. For some odd reason, people are split between attacking the teacher and applauding him for beating up his student. 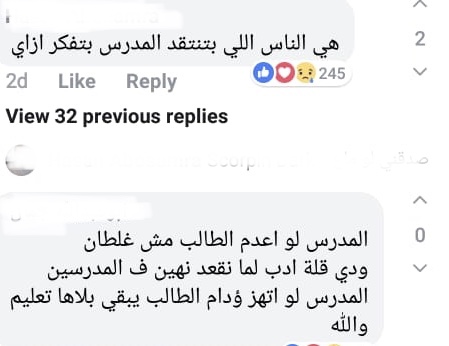 The video shows that the kid disrespected the teacher first, which would totally explain why he should get angry. However, it’s a KID. And getting angry does NOT mean nor does it ever, or will ever give anyone in the world a green light to beat anyone up!

Especially when it’s a kid for God’s sake! It’s called an “Educational institution” for a reason. We’re supposed to help the parents in the good and safe upbringing of their children and then academic education comes next!

A LOT of people on the internet are strongly siding with the teacher. They believe that if the teacher did not react like that, then the kid won’t ever learn from his mistakes. Learn WHAT exactly? Abuse? Heartlessness? Violence? Humiliation? Low self-esteem?

Some even had the audacity to throw statements like “If I was the teacher, I would’ve done the same,”. Really? How are you ever going to be successful mothers and fathers when you say stuff like that people? 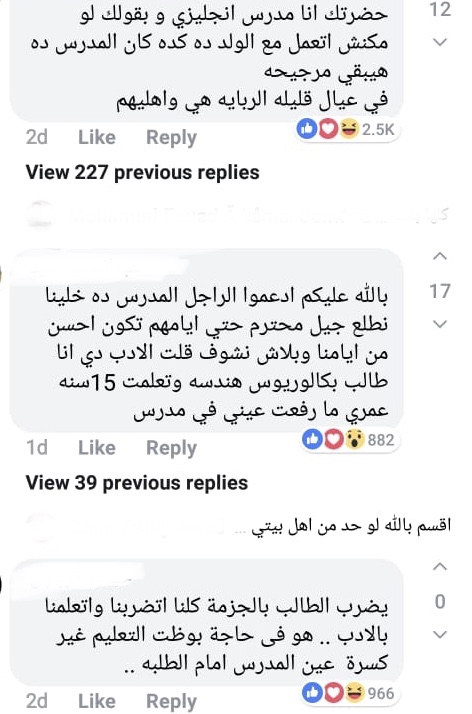 We just really don’t understand where all of these people are coming from! Yes the internet, the current entertainment scene, in addition to Sha3by music, for example, are all major bad influences on today’s generation. Disrespecting ‘older’ people seems to be a trend now, but when was violence ever the solution? Who even gave TEACHERS the right to beat up other people’s children?

What about a reasonable and logical punishment system? Why didn’t he make him immediately fail the class or even report him to the school administration for instance?

Honestly, there are a billion solutions we could think of in the face of such act, OTHER than beating a kid up, in order to make him learn from his mistakes and not repeat them; whether it’s disrespecting an older person or any other misbehavior. 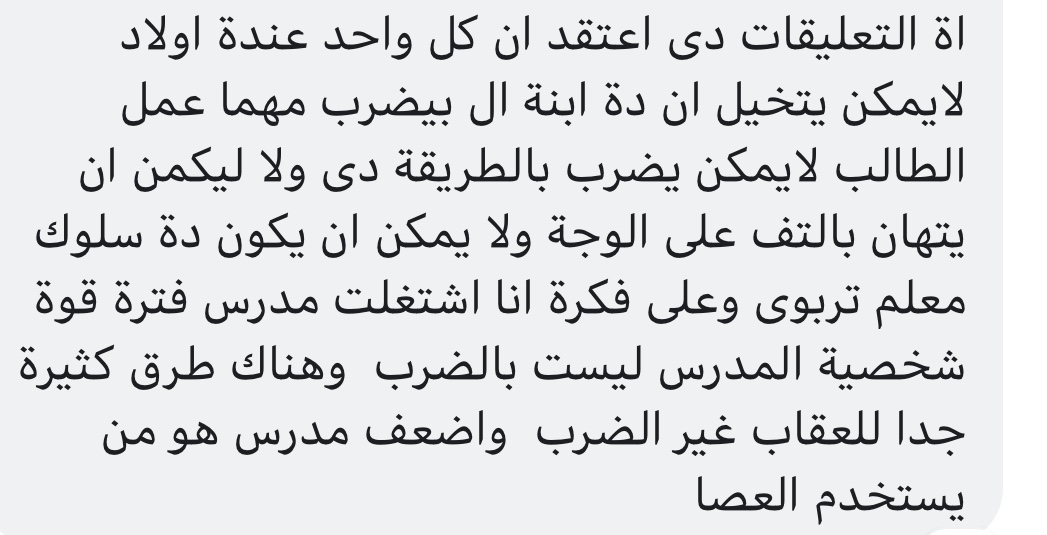 Almost only ONE person who got this right, along with a few others, stood up FOR the kid, instead of AGAINST him!

How are people disregarding all of that and supporting the teacher just because “The kid has to respect his teacher”? If you see this as a way to deal with children, then don’t come whining about who they turn out to be later on; because Y’all are the reason.

A lot of you keep advocating mental health yet here you are, supporting and applauding an OLDER man, who’s supposed to be a teacher who knows what he’s doing, on beating up a YOUNG KID who doesn’t know better, so that he could grow up to be a horrible violent human being. Thank you very much!

This needs to stop, and people need to realize that they’re building a really messed up generation and we have to act fast before it’s forever ruined.