A little boy called Abu Sin, has been arrested for chatting live, and composing videos with an American vlogger called Christina! 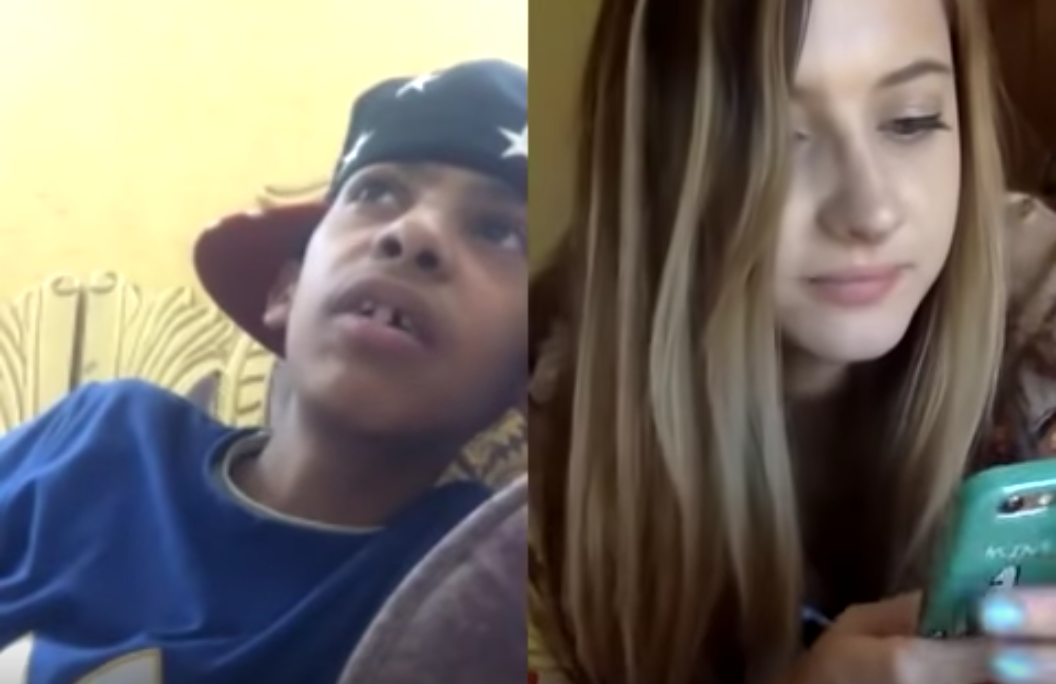 Abu Sin doesn’t even speak English, so the two spend their time in their videos trying to figure out what the other is wanting to say. They’re not really doing anything that should alert officials! Abu Sin is flirting a little with the girl, telling her he loves her, asking her to marry him, and dancing. But, nothing is over the top, explicit or perverted. It’s definitely a trivial matter that shouldn’t lead to prison! The videos were first on YouNow where you can chat live with people from around the world! But they’ve then been uploaded to Youtube, too.

Police have arrested the boy when he was with two of his friends, under the claims of ‘unethical behaviour’. Article 6 of Saudi Arabia’s law claims that anything that causes harm to the public order, public morals and religious values should be criminalised. So apparently, this petty video has done that. It’s unbelievable how foolish it all is.

Do watch one of their ‘enticing’ videos!