Identity Magazine
Home Trending Thanks to the Power of the Internet and Radwa El-Sherbiny, Two Children...
Facebook
Twitter
Google+ 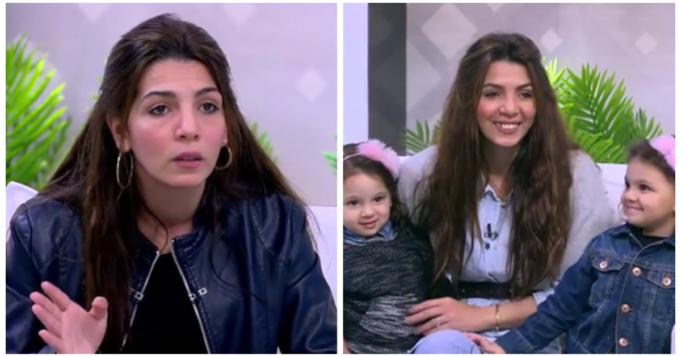 Two weeks ago, a woman named Shorouk Mostafa was Radwa El-Sherbiny’s guest on her CBC Sofra show “Heya W Bas“. The young woman broke everyone’s hearts as she told the tale of how it’s been months since she last saw her children.

After suffering a totally abusive marriage; being severely beaten up, cheated on several times, and locked up without a phone in her own apartment, Shorouk endured years of heartache and rough times – including her husband refusing his own child at one point.

Like any woman in her place would, Shorouk asked for a divorce but was not granted one until she agreed to give up all her rights in exchange for the custody of her two girls.

However, following the episode where Shorouk told her tale with tears running down her face hit over 16 Million views, it wasn’t long until officials from the Ministry of Interior contacted Radwa El-Sherbiny to help return Shorouk’s kids.

And that’s exactly what happened…

We can’t deny that ever since Radwa El-Sherbiny started going viral, we had our own disagreements with her rhetoric. Especially since that from our own point of view, she often promotes false feminism.

But in a situation like this, she honestly deserves all the applause.

It’s at times like this that one truly recognizes the power of the internet and social media. Because if it wasn’t for all those people who watched, commented and shared the video while praying for this poor woman to be reunited with her children, it wouldn’t have happened.

We really need strict laws to be implemented for cases like these! Domestic violence should be an actual crime and men who beat their wives should be put behind bars.

Not to mention that kidnapping children from their mothers – especially minors – should also be a crime that faces severe punishment. Because according to the law, the custody of children below 15 years is automatically granted to the mother.

But apparently, men always have a way to manipulate things and threaten women into doing whatever they please. Disgusting!

So again, we can’t express how happy we are because Shorouk and her children are finally reunited. And because Radwa El-Sherbiny really did something super significant this time!

We always say this, but we mean it the most this time: Never underestimate the power of the internet, in the good and the bad, of course. But today was proof enough that there are no lost rights in the era of social media.