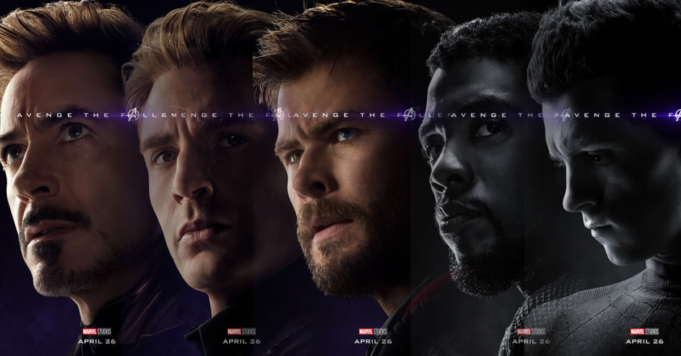 We’re just going to begin by saying that this article contains NO SPOILERS, whatsoever.

So you’re safe if you’re still yet to watch the most awesome movie in the Marvel Cinematic Universe, to date.

It’s already pretty expected that A LOT is going down in the Avengers conclusion.

The Avengers: Endgame hit theaters on April 26. And it only makes sense to say that the amount of people who were waiting for the release of this film, especially after the shocking Infinity War end, is insane!

Therefore; just so you’re ready, we made you a relatable list of all the stages you’ll most likely go through before, during, and after watching the movie.

A lot of people have already done this. Avengers: Endgame is Marvel’s 22nd movie. And to get ready and prepare for the final conclusion; you’ll have to refresh your memory.

Especially that the previous events are TOO MUCH to take in. You need to link everything together and not leave out even the tiniest details. In addition to the fact that every character has his own story.

Which means that a complete chronological Marvel Marathon is a MUST!

We’ve been waiting for this for over 365 days now; so the excitement that had built up is understandably crazy.

And this stage has to occur and reach its peak when you’re on your way to the movie theatre.

You’re in for a treat!

This one happens the moment you enter the showroom and sit on your seat. Excitement is still there, however, you cannot help but feel the extreme nerves because you’re definitely scared for your favorite characters’ fate and basically everything else, to be honest.

Okay look, this HAS to happen when the famous opening credits begin. The moment you hear the original theme and see the comic book thing; a tear or two have to build up in  the corner of your eyes.

If that doesn’t happen, then bye. Seriously. What are you here for?

We reached the part where s**t begins to go down, but slowly. So at this point, you’re watching to see what happens next. And something unexpected happens at the beginning, so you’re like “Woah!”.

But all we have to say is…Wait for it!

Here, it seems like you began to raise questions in your mind and look at the screen and your friends in utter confusion.

Like every Marvel movie ever, an outstanding scene must have taken place because this is the part where you look at the screen in amazement, thinking: “How could something be so great?”

Again, s**t goes down, but this time they’re moving in a super quick pace and everything is happening all at once, that you don’t know how to react.

During the famous stage/phase of “What the hell is going on?”, you probably have your hands on your head and your eyes everywhere on the screen. Trying to grasp the quick paced – and probably shocking – events!

Well, like any movie, this is when something super fishy and kind of huge happens and you’re left questioning whether or not what you’ve just witnessed is true.

11- The Full on uncontrollable Sobbing

If you’re a big Marvel fanatic, then you’re probably about to have a breakdown right in the middle of the movie theatre.

Not because of a specific scene (maybe and maybe not), but in general!

Now that the movie has ended, you’re probably left with tears running down your face, trying to grasp it all.

And regardless of the events of the movie itself, the realization has hit you that this is the final Avengers movie.

So you’re now contemplating your life decisions in total confusion. Not knowing what to do next!

Because once is never enough, you need to see it again just to make sure what you’ve watched is real.

Okay so that was it, at least for us. Your turn now; without ANY spoilers – of course – tell us what were your own stages of watching the Endgame?