Wedding proposals differ from one culture another. In our beloved country Egypt, the proposal concept is still not very popular although it has become a little more familiar in recent years. We were used to the potential groom’s entire family paying the family of the bride-to-be a traditional visit, asking her dad for her hand in marriage. Egyptians, however decided, to finally give the proposal idea a try. Some of the proposal stories are as cute as ever; others will make you cry out of laughter.

“The entire process of proposing was both cute and funny. She was studying abroad, so I got the idea to propose at the airport when she comes back. I went to talk to her dad about the idea, because you know I have to take his blessings first. Her dad got all nervous, lit a cigarette and kept pacing back and forth in the living room, and then for some reason he thought that it’s the perfect time to show me his gun (He agreed at the end, and she said YES).” – S.M. 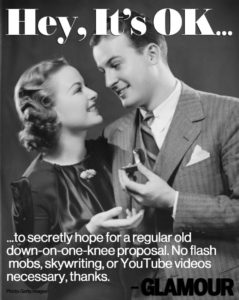 “She panicked when I proposed! She just stood there shaking her head, eyes wide open and later said “La2”. I had to ask her if it was a ‘no’ as in ‘no’, or ‘no’ as in disbelief. Thankfully, she said that it’s the latter. We were on the beach heading for a swim; how casual-er can I get in order not to make her panic? Thankfully, though, she said yes!” – M.M.

“He told me that he decided to move out and as an interior designer, he needs my help decorating his new apartment. I went with him to check it out and as I entered the master bedroom to-be, I was surprised with a huge number of balloons and paintings on the wall spelling “WILL YOU MARRY ME?” with two check boxes for me to fill. I painted check on “YES”, and apparently this was our apartment.” – N.W. 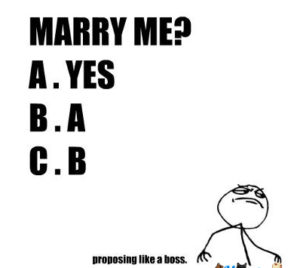 “We were late to dinner at his parents’ house, and he usually doesn’t talk while eating. This time, I was shocked more that he talked than him asking me “Shoufili ma3ad ma3 babaky ba2a 3ashan net2adem”. Yup, that’s all he said. We had been dating for like 5 years, so it was truly casual.” – K.N.

“He called me casually and those were his exact words: “I proposed!” I was like wait what do you mean? And he told me that he had called my mom and told her that he wants us to be official.” – S.S.

“I planned everything with her dad, but as a daddy’s girl, she wasn’t easy to just go with the plan. I had booked us two plane tickets to Sharm El-Sheikh as I planned the proposal to be there. She insisted on calling her dad first to take his permission, thinking I was bluffing when I told her that he approved. Finally, she was convinced and I went on one knee as soon as we got off the plane and proposed. We spent the day in Sharm and went back to Cairo the day after.” – S.L. 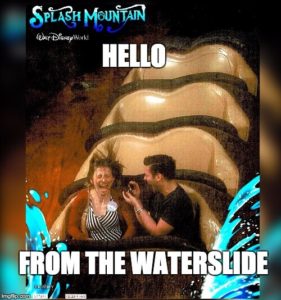 Some people decide to get on one knee and propose on their engagement day, yes in the middle of the engagement while they are dancing, defeating the entire purpose of actually ‘PROposing’. As we are new to this proposals trends, we are bound to see different stories every now and then. If you were to propose to your girl, how would you do it? And for ladies, what kind of proposal are looking for?