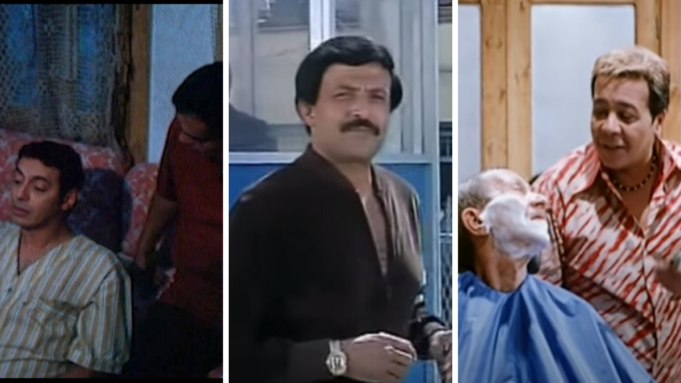 Believe it or not, yes, it can happen. There are a lot of incredible Egyptian funny films out there that still haven’t gotten the attention or acclaim they deserve.

Sure, you might have seen them and you might have really laughed and felt content with everything for a while but that doesn’t mean the mainstream noticed. And, well, we think this needs to change.

So without further ado, in here, you’ll find the 6 most underrated Egyptian comedies. Thank us later!

Until someone actively mentions it, we all forget about it, which is honestly a shame. Have you ever seen a comedy-with-a-hint-of-drama that can also double as love letter to Raï music and Hindi cinema?

Back when Mostafa Sha’ban knew how to act, he did this masterpiece that few people remember. But you know what? Everyone deserves to see it at least once.

In 5aly El-Dema3′ Sa7y, Mostafa Sha’ban discovers a genie (Samy El-Adl) who goes about making his wishes come true and honestly? It’s better than anything you’ve seen in a while.

Before you say anything, we’re aware we just added a movie starring Bad Movie King Ahmed Haroon but we have a point here. See, if you’re watching this as an actual movie, you won’t have a lot of fun.

But if you watch it as the knockoff Egyptian version of Annie that’s so bad it’s good, well, you’ll have a blast. And we’re not even getting into the love story arc between Ahmed Haroon and Mai Ezz El-Din!

Another installment in the genie-comes-out-of-nowhere-to-help-a-dude genre, Ashtata Ashtoot may sound like a movie gone wrong but honestly? We don’t think there was any intention about making it good.

It’s just one of those cult classics meant to be terrible but fun (à la Living in Oblivion). If you doubt us now, just remember all of that eye-shadow Ola Ghanem used — there’s no way it was meant to be a serious movie. Just laugh it out and remember your childhood!

Okay, so this one may just be another 80’s masterpiece. We’ll just tell you the story.

Younes Shalaby and Samir Ghanem try to form a football club out of a ragtag team of factory workers, who are played by stars like Nagah El-Mogy and Ahmed Adaweya, to compete for the Egyptian League. Yes, it’s a ride that’s exactly how it sounds.

So, here’s the story of EUC. A kid fails to pass high school with a decent enough score to get into college and decides to fake it until he makes it by creating a fake college to appease his parents. Yeah, we know.

And even though EUC is technically an adaptation of Accepted, it still holds its place here. See, for about 75% of the movie, it’s just that funny and everyone knows what they’re doing.

Do you have a movie we left out?