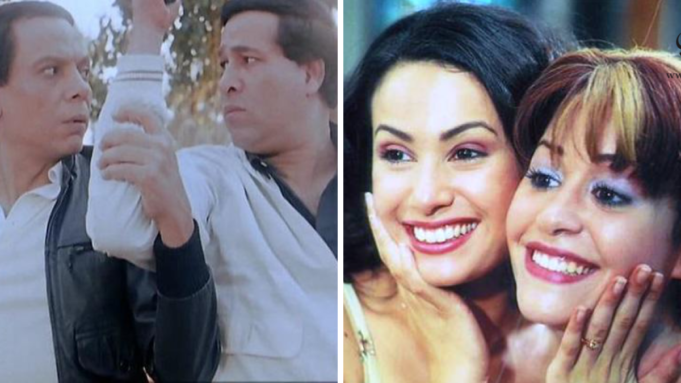 Now that we’ve said this, your brain might have automatically started searching for actor duos that prove this statement right. And, well, you might be overwhelmed since we have a lot of actor duos in Egypt.

And among all these pairs, we’ve chosen for you the 7 best actor duos of all time right here!

One of the most iconic duos in Egyptian cinema, especially under the comedy variety, Adel Emam and Saeed Saleh simply stole the show whenever on screen together. They were just that effortless in reading each other.

This duo just did it all, honestly. Who can forget basically having their entire childhood defined by their string of movies together?

The impact was that stellar and it’s still so present we’d flock to theaters to see them headline a movie together again.

Hassan Hosny and literally everyone

Actually, instead of asking ourselves which star Hassan Hosny excelled in acting with, we’d better ask whom did he not have chemistry with on-screen?

The man was just that legendary! He especially excelled in partnerships with Mohamed Heneidy, Ahmed Helmy, Mohamed Sa’ad, and Karim Abdelaziz.

Remember when Ahmed Dawood and Dina El-Sherbiny first worked together in Grand Hotel and everyone thought they fit well together? And then Hepta happened and this was confirmed?

Well, that’s just because their acting chemistry is undemanding. It’s always there and if you want to take another look, they did do a few more projects together.

They made us laugh and then laugh some more and not once did Ahmed Mekky and Donia Samir Ghanem feel like a forced duo on us. We actually couldn’t get more of them if we tried!

Some off-screen friendships fly so smoothly, they just naturally translate well on-screen. And the friendship between Menna Shalaby and Hend Sabri is the best example of this.

It doesn’t matter which characters they’ll be playing, you just know they’re going to kill it together. And if you don’t, you have a lot of gems for reference!

Which pair on here is your favorite?