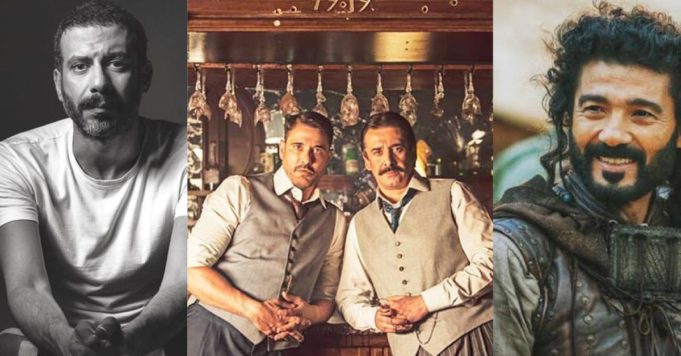 2019 has been good to so many Egyptian actors and actresses. Some of which are new and some are, somewhat, old but continue to shine even brighter. So, here’s a list of the ones who are at the top of their game!

Between starring in the hit series “Aho Da Ely Sar” and giving a killer performance in the closing of the Cairo International Film Festival, Ruby is definitely wining in 2019!

With his role in “Qabeel”, “Aho Da Ely Sar” and the blockbuster “El Mamar”, it’s been a very busy year for Mohamed Farag who never fails to wow us with his superb acting skills!

Rumors and gossip aside, cinema wise, Ahmed Ezz is killing it. Especially with his leading role in “El Mamar” and the second installment of his movie “Welad Rizk”.

Abdel Aziz is now preparing for the movie adaption of the novel 1919 by Ahmed Mourad. But can it beat the groundbreaking success of his “El Fel El Azraq 2”? We shall see..

After “Welad Rizk 2”, it is safe to say Karim Kassem is doing just fine in 2019. Although he pretty much established himself with “Leil Khargy” in 2018, but this year was definitely his year.

Let’s be honest. Every year is Hend Sabry’s year. But she did shine like a diamond with her breathtaking performance in “El Fel El Azraq 2”!

With “Arous Beirut” being the huge success it is, this Lebanese beauty took 2019 by storm!

Apparently our Egyptian stars are putting some serious thought into their work choices, we wish for them to continue shining in 2020!