I’m an animal lover and an animal rights activist. I melt when I see a picture of a cute cat, and I remember screaming from cuteness when I first saw the infamous picture of the cat Tardar Sauce, also known as “Grumpy Cat.” But I didn’t know at first that she actually has a reason to look upset. Tardar is a 3 year old cat and an internet celebrity that suffers from an underbite and feline dwarfism, which gives her a unique look making her seem grumpy all the time. This look has made her popularity escalate from people enjoying her uploaded pictures with witty captions, to a full-blown business exploiting the comfort of the animal herself. 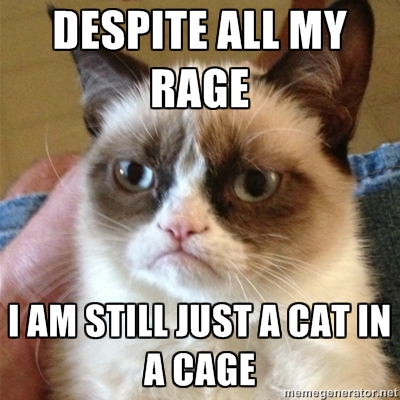 Where the problem began:

Grumpy Cat started as a meme when her picture was posted on Reddit in 2012, and quickly became one of the most recognizable internet memes. All of this was fun and games, until her owners turned her into a “celebrity.”

The start of animal abuse:

The cat’s popularity is not good for her. It’s obvious that cats don’t like crowds and get skittish around too many people, it’s not rocket science. Tardar is now forced to attend events, interviews, photo shoots with flash photography that actually affects cat’s visions, and has meet and greets. The cat has 2 managers that manage her events and guest appearances – even human beings don’t have 2 managers! 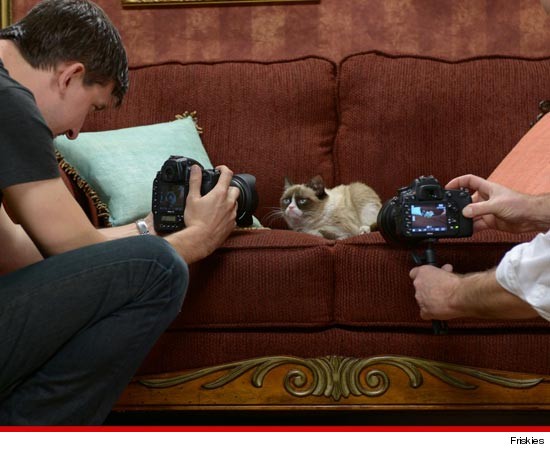 Her owner quit her job and is now doing nothing but make money off of the cat. Despite the fact that it’s humiliating for the cat, it’s just plane inhumane! Tardar is not the only animal facing this. She actually appeared on a documentary movie about another cat called “Lil Bub,” who was born with several genetic mutations, and shares the same manager as Tardar. 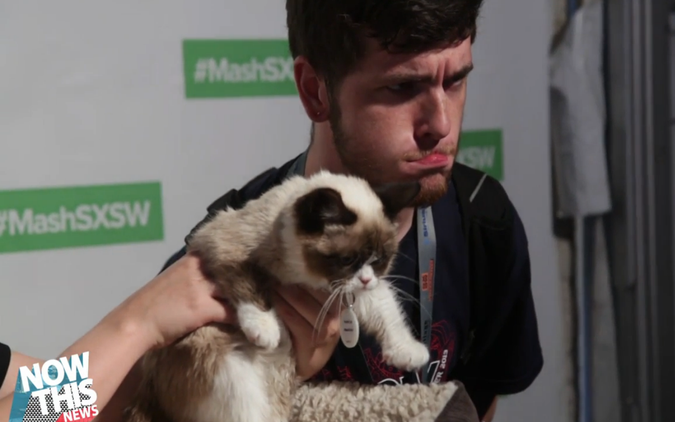 So who’s the man making money out of pimping domestic animals? It’s Ben Lashes, a man who claims to be an internet meme talent manager. So other than being an animal pimp, he makes profit out of people’s five minutes of fame. In an interview once he claimed that he made over $300,000 from profits by the internet famous “Keyboard Cat’s.”

In 2013 a campaign started on twitter, called Free Grumpy Cat, asking for legal actions towards Tardar’s owners and manager for animal abuse. The campaign went viral and many attacked the way “celebrity animals” were treated. It all started when Tardar was the guest of honor at the SXSW festival, and for 2 hours daily, people were having meet and greets with her and taking pictures. The cat, at first, showed obvious discomfort and was trying to push people away. In later days the cat was extremely calm, so calm to the point that people said she was obviously on tranquilizers so she wouldn’t react to the human interaction. Many animal rights organizations were contacted, including PETA to take action.

…And no action taken:

Why wasn’t there any action taken by animal rights activists, you ask? Because they make money off them as well. PETA, after they were asked to get involved, made a statement saying that Tardar enjoys the exploit and that it’s not abuse. Shortly after, they used the cat for their own campaigns. 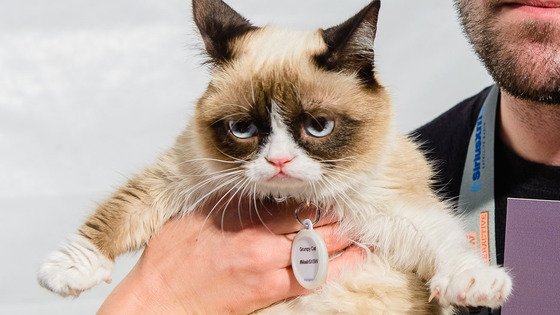 What could be done?

Boycott the animal memes. The owners and managers make money off the meme uses, merchandise sold, and anything related to their “pets.” Don’t support this! There’s a chance that Tardar, and animals like her, are actually comfortable and okay with what’s happening to them, but why risk the animal’s lives? Cats are to stay at home, not become celebrities and carried around!