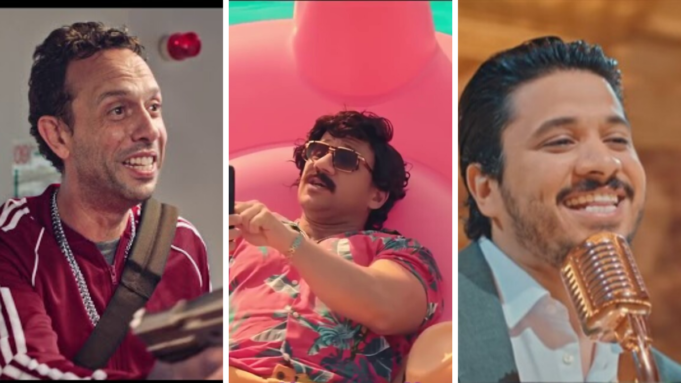 2019 has given us some of the most creative, meme-worthy ads so far and here are the best of the best.

Although it’s a late contender, this ad was a showstopper for all the right reasons. It gave us Mekky and his wholesome, playful raps. It gave us costumes, a fun color scheme, and just a lot of general joy. What more could we want?

The simple cartoon-ish vibe off this ad makes it what is, honestly. Fun, offbeat, with lots of popular humor to boot — we can tell Chipsy knows its audience.

We can’t talk about killer 2019 ads without including Vodafone’s campaigns this year. Amr Diab had a special involvement in an ad about reuniting with your loved ones, no matter how much time has passed.

But that wasn’t Vodafone’s only hit. Later this same summer, the company released an ad for AFCON Egypt 2019, which featured the remastered Diab hit, “Bel Hob Etgama3na”. We don’t even have to say how much of a hit this ad was, the music says enough.

It doesn’t hurt that the beat is catchy and that the message is about being nice, even if your nicety doesn’t seem like a big deal.

In Essiely’s second year featuring in a Banque Misr ad song, two new singing sensations, Medhat Saleh and Mostafa Haggag joined in to create a song with a lot of iconic potential.

Needless to say, this song did prove to be a hit that is still played months later.

Drawing on a popular Russian tune, Fresh’s Ramadan ad was so catchy to the point that people were walking in the streets humming it to themselves.

Do we even need to get into this one? We’ve all been walking around running the jokes from this ad with each other because it’s just that good!

The deadpanned humor all the characters share was cleverly penned and it flowed nicely too.

Hire Hunt’s ad campaign went viral for all the right reasons. Several of which were that they conveyed all of our fears about the job market.

The AFCON ads this year were killing the game and none proves this more than the Coca-Cola AFCON ad, which shouts out the football fan culture Egypt was once known for fondly.

Though these ads may be certainly ironic now, the Chipsy and Pepsi AFCON ads were on fire for all the right reasons.

It was hailed for being a new concept, portraying itself as sort of a rap battle between us and our national team, and it was lyrically interesting and fun.

Can you believe McDonald’s Egypt has been around for only 25 years? We couldn’t until this ad dropped and made us realize that little tidbit.

Another thing we realized? McDonald’s has always been there before and it will be here for many years to come.

Continuing its path of accurately portraying struggling college students, Nescafe gave us a new 3-in-1 flavor and a new set of ads we can enjoy without feeling like we’re the only semi-slackers in the world.

What happens when you mix Cairokee, Tarek El-Sheikh, and Abdelbaset Hammouda in one ad? Well, you get the Uber Scooter ad and a number one hit.

You wouldn’t expect a Black Friday ad to be this funny, but Mahgoub plays the ad game differently, doesn’t it?

This company, specializing in ceramics and porcelain, brought its A-game through the brand new Tabla Meter prompt, making it funny and catchy all in one go.

These are our picks, what about yours?