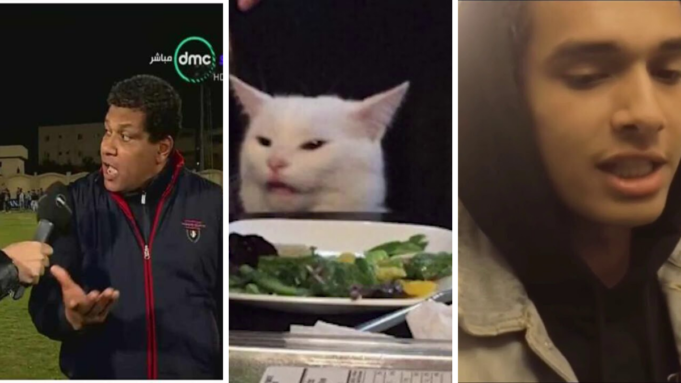 It’s been the best of times, the worst of times, and everything in between. However bad or good this year was, though, we can all agree on one thing: we’ve upped our meme game as always.

This was a particularly tough selection process, but here are our top picks for the best memes of 2019.

It’s tough to leave this one out of the race, honestly, because it was and still is very relevant. It doesn’t hurt that it represents a total mood.

This one works too well because you can just hear Eshry’s voice when seeing any of these memes.

Considering Marawan Pablo has been trending for a good chunk of the year, we shouldn’t be surprised one of his lines made it into meme status.

This meme was everywhere a while back and it was always a surprise because we couldn’t tell if it was going to be heartwarming or brutal.

This meme came in as a late contender but the filters and the voices somehow make it worth it.

Honestly, we’ll never get tired of this meme and all its various formats.

Can we deny Talaat Zakaria’s comedic genius? No, we can’t. He’s always present in some way or another.

It seems that Samir Spot is an eternal presence in our lives but we really don’t mind. The memes are worth it!

We’ve spoken about this in details and while we think the original pitch was not that funny, the offbeat memes certainly are.

We’re not really sure of the context of this meme, but the video keeps getting better every time.

This meme calls back a lot of feelings, doesn’t it? The fear and running and all the jazz it evokes still ring fresh.

Magdy Shatta has featured in a lot of memes this year, but this is one of our favorites.

Obama El-Masry doesn’t even try to be a meme and that’s the best part. Tell us, can’t you hear his voice through the picture?

How does an American child become an infamous Egyptian meme? Pose like this, we guess.

As it goes every once in a couple of years, Helmy Bakr lost his nerves on national TV again. The only difference this time was that Magdy Shatta couldn’t stop himself from laughing, giving us a steady meme fodder for months.

You may not remember it now, but this cat was everywhere in early 2019 and we still see this meme’s impact now. Can you even count how many cat memes came after this?

We don’t know how or who started this meme and kept it going, but we’re thankful.

We’ve heard a rumor that says every Amr Abdelgelil movie is secretly a way to generate millions of memes and so far, we’re still being proved right.

An iconic moment in Egyptian football and meme history, this video of Alaa Abdelaal’s exchange with this journalist will be untouchable for many, many years.

One of the best things about this meme is that it pays tribute to the often neglected Habd Culture.

This was a tough choice, but you know we had to do it.