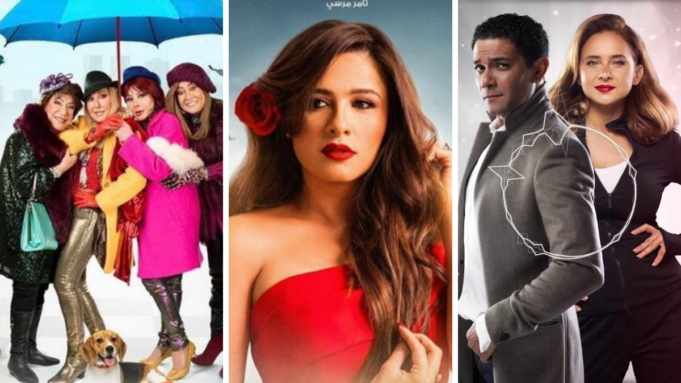 Let’s get one thing out of the way real quickly: we all know a good song, especially if it’s a viral hit, will set the tone for a few months. And when it comes to Ramadan shows and their theme songs, that is no different.

We all love the mosalsalat themes, especially the good ones that keep randomly popping up in our heads every now and then. But the thing is, because there are so many shows, there may be a few good theme songs that you might miss out on.

Well, don’t worry about it anymore. We’ve taken the liberty to filter out every Ramadan theme song (and we mean every single one) and these are the best of the best.

When Haytham Shaker announced his comeback on Sahebat El-Sa3ada, we didn’t expect he was hinting that he planned on taking 2020 by storm and making his acting debut in 7ob 3omry.

But here’s another thing we didn’t see coming — a stunning, soft ballad as the theme song. Give it a listen and you’ll realize you missed Haytham Shaker more than you knew.

Yes, another theme song about people betraying other people and we love it because it’s actually great. With Mostafa Haggag’s known vocals, you’ll forget about the awkward title-sequence playing out in the video.

Forget everything about Forsa Tanya for three seconds and play the video and thank us later, because you will. Ramy Sabry brought his A-game to that studio and basically said “well, if this show won’t cut it, the theme song surely will”.

There’s just a certain melancholic charm about songs that discuss growing old and nostalgia and how good the old days were, right? Well, the charm only grows when known Moroccan diva Samira Saeed sings a song about it.

And let’s just say this: for once, a theme song accurately represents some of what its show is about.

We have many reasons why we love this theme song and about seventy-five percent of them lead to Medhat Saleh. We really miss the guy and listening to this, we knew just how much we did miss him. An icon that keeps on giving!

A song that has been making controversial rounds across the internet, Leih La2’s theme song has us hooked on a show that we haven’t seen yet and for good reason.

Amal Maher channeled her energy into creating the ultimate independence anthem and, well, we’d like to tell her it worked.

100 Wesh has us hooked for a reason other than its merry band of thieves — its theme song! Even if you’re not particularly into mahraganat, you have to admit this one’s a hit.

And if we’re being honest here, if it wasn’t for the quarantine, you know we’d be having about ten suhoor parties where everyone’s “hey sugar”-ing the night away.

To repeat what we said above, a good theme song doesn’t have to come out of the best show and that’s kind of what happened with Sokar Zeyada’s theme song.

With photos of its core four divas at their prime and Nancy Ajram’s voice singing away about how life doesn’t stop when you’re old, why wouldn’t this be this Ramadan’s top theme song?

Can you think of any hit theme song we missed?