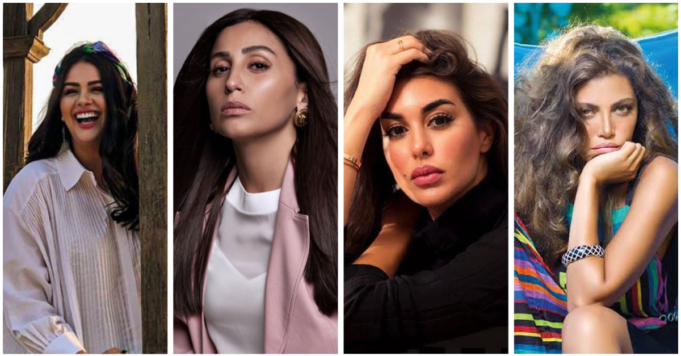 Over the past few years, we’ve been seeing new faces on both the big and small screens. And they either start taking up one role after the other in big productions as they become more and more known to the public, or completely and all of a sudden star in series and movies that are specially tailored for them.

However, here lies the question of talent vs nepotism – some of these actors could be really talented and deserving of the chances and opportunities that are thrown their way, but others, unfortunately, are only there because of the connections and nepotism.

For example, as an audience, we were first introduced to Yasmine Sabry back in 2015 – as she had a role in Sherine Abdelwahab‘s hit TV series “Taree2i“; and not long after, she starred alongside Mohamed Emam in his 2016 movie “Gahim Fel-Hend“. Only a couple of roles later, Sabry became the star of her own projects, such as “Hekayti” (2019) and Ramadan 2020’s “Forsa Tanya“.

That being said, all eyes are always on Sabry’s beauty and sense of style, never on her acting skills or performance. Unfortunately, after thoroughly seeing almost all her work, Sabry always tends to deliver cold performances to the point that some come out unrealistic and surreal, even though they’re supposed to be either dramatic or simple.

Not to mention that her latest Ramadan series “Forsa Tanya“ was a combo of weak performances and a poorly-written script. Still, somehow, directors and producers are keen on making Sabry a star project. And in this case, we can’t think that this would be anything other than pure nepotism.

Same for Reham Haggag, we were first introduced to the actress in Youssef El-Sherif’s “Rakam Maghoul” when it aired in Ramadan 2012. And in comparison to Sabry, well, she had her fair share of roles and years in the business before she became the star of her own projects.

However, unfortunately, with the number of roles Haggag had over the years in both small and big productions, still she never convinced the audience as a talented actress who’s deserving of her own stand-alone projects.

But that didn’t stop producer Mohamed Halawa, who’s now Haggag’s husband, from tailoring a series just for her and making her the star of a project that has huge names like Mahmoud Hemeida‘s and Khaled El-Nabawy‘s. In addition to the promotional poster issues.

Yet again, that’s the nepotism we’re highlighting. Because even though we tried to give Ramadan 2020’s “Lama Kona Soghayarin” a chance – while the series itself wasn’t at all bad; Haggag’s performance, especially as the lead actress, was disappointing.

Speaking of the lead actress, Dina El-Sherbiny is a different story here. Because while many people have grown to think that the lead roles she’s getting are due to Amr Diab‘s presence in her life, well, let us tell you that El-Sherbiny has been around for way longer than that and she proved herself several times already.

It’s true that nepotism might be playing a role in her career path right now due to the couple’s public relationship and because of the singer’s size in the industry; however, still, talent plays a bigger role, in this case. Since the actress always delivers the best performances and we’ve witnessed that many times.

We could say the same about the Egyptian stars’ children that are more or less heavily present in today’s entertainment scene. From the outside, people could take their inclusion in big productions as a form of nepotism because their direct relatives are big names in the industry.

However, the good thing about this is that a lot of those have great talent and are really the new faces of the future we would like to see more of, like Tayam Amar, Hanady Mehanna, Ahmed Khaled Saleh, Laila Zaher!

Moral of the story; we want to see more talent, perfected performances and great acting skills, instead of pure nepotism. Not all of the newly-made stars have delivered that yet, but we hope they continue working on themselves in hopes to see more worthwhile productions from now on.