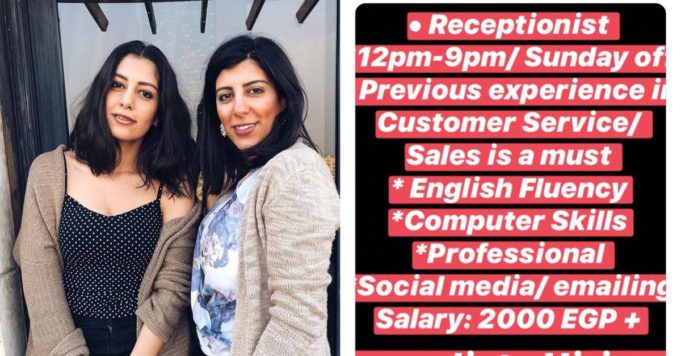 For two days now, Twitter has been waging war on Yara El Helbawy. In fact, on the entire Helbawy family.

Due to a business-related tweet, all hell broke loose on the Helbawy’s. But that’s not even the problem. The problem came afterwards. When Yara, Mirna and Magda el Helbawy all responded in a tough aggressive manner.

So if you’ve missed out on the whole ongoing fiasco, here’s the whole story and our own take on it…

Yara El Helbawy, Merna El Helbawy’s sister, an internet personality and a book author, sparked a lot of controversy when she posted a job offer that many found provocative.

People took turns in criticizing Yara, as a business owner, the thing that Yara didn’t take lightly. And made her respond in a less-than-chill way. To add insult to injury, Yara heavily ridiculed her criticizers calling them lazy and living in denial.

Naturally, Twitter users were replying back and harder, in no time. Highlighting how personally Yara took the feedback and heavily condemning her insults.

Honestly, She has the right to set her own salary scale, any business owner does, but when people start a debate about a certain topic where one is involved, it’s always a bad idea to respond negatively and add fire to the flames!

Things didn’t end here. Her sister, Mirna El Helbawy and even her mother, Magda El Helbawy, joined the fight. Both defending Yara and backing up her argument. Talk about BACKFIRE!

Magda El Helbawy, the mother, didn’t stop there, she actually kept threatening people with filing lawsuits against them. Since she is a well-renowned lawyer and all. We will leave the tweets to speak for themselves!

You are all probably wondering how this hassle ended. Yara El Helbawy and Magda El Helbawy both deleted the offensive tweets. And Mirna posted an apology. A gesture that we think was necessary.

Nonetheless, people weren’t as forgiving. Saying that it’s more or less another justification and not a real apology.

As for us, we think the matter blow up out of proportion from both sides. People should realize that the market is based on offer and demand. And everyone naming their prices is a normality in business.

As for Yara and the whole Helbawy family, indulging in a debate is a healthy thing. As long as we remain positive, respectful and objective. No aggression needed.

Finally, this whole dilemma could have been spared if we, as Egyptians, learn the art of debating. Where no party gets hostile or defensive and we keep matters CIVIL. 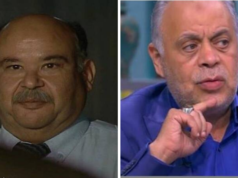