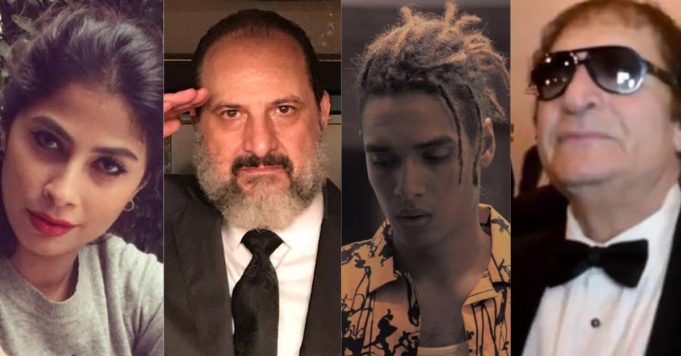 As part of our annual series of wrap ups, we’ve decided to bring you the people who had an impact on social media and who managed to dominate our newsfeeds in 2019!

Khaled El Sawy has been turning heads for years with his acting skills. But this year, this guy managed to utilize social media to his advantage with his sheer presence, humor and quirkiness!

Ruby is now the talk of the hour, for all the right reasons. Her pure talent and effortless presence have resurfaced in 2019, to our good luck!

If there was an award for best TV host and internet personality, it would definitely go out to Sherif Madkour. And not just for his on-air integrity but for having the most wholesome personality ever!

The same goes for Esaad Younis. Other than hosting the most fun TV show that everyone could watch and enjoy, she just feels like that super cool aunt we all wish to have, right?

A hidden gem that we (almost) forgot about. But no worries, Mohy Ismaeil had the last joke with his 2019 groundbreaking comeback!

Marwan Pablo is not just the coolest trap artist on the scene right now. He also managed to take the social media by storm in 2019 and especially the memes section!

Ahmed Falawkas is a good actor. Sure. But what made him really shine this year was his role in El Mamar movie and how it it was later on celebrated with a flood of memes.

Let’s face it. Fifi Abdo is the internet personality for every year. But 2019 sure witnessed some unforgettable Fofa videos!

We once called him the best friend everyone needs and we still stand by that statement. Where’s the 2019 funniest guy award everyone?

We can’t have a list of the top internet personalities without mentioning our favorite You-Tuber, it just wouldn’t be right. Ahmed El Ghandour continues to wow us with his pop-science content!

He goes by the name Adidas and he’s a philanthropist. Honestly, having a TikTok persona land on our list was something we didn’t see coming, but he is growing on us!

So, guys, did we get this right?