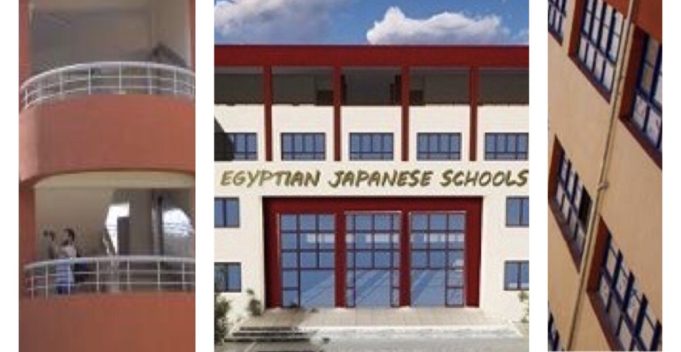 Shortly After Egyptian President Abdel Fattah Al-Sisi’s last visit to Japan back in 2016, the whole idea of ‘the Egyptian-Japanese schools experiment’ was born and has been in progress ever since.

The thing is, the idea is very different and new to our children from numerous aspects. However, there is a plot twist, THEY DON’T LEARN JAPANESE! Shocking, right?

What is the Egyptian-Japanese schools experiment then, and what makes it special?

Well, it’s not about the language in the Japanese schools in Egypt. The experiment is reportedly based on the idea of building the Egyptian children’s character and planting some very important traits such as acceptance, teamwork and cleanliness in them. The current school system in Egypt is lacking some of these traits, or at least not focusing enough on them.

The construction of the whole project is a joint initiative between The ِِArmed Forces Engineering Authority and the educational buildings authority; to be handed over to the Ministry of Education according to a specific time plan.

The philosophy of the Japanese educational experiment is based on the Tokatsu activities. Their main focus is to strengthen all human relations inside and outside the school work frame, where the child is educated and raised to specific healthy rules that will benefit him, as well as the society, later on in his life.

The experiment is basically going to be applied according to specific, organized and strict yet fun rules; like having time to eat together, socialize with friends, build character, get creative and learn. All at once in a great atmosphere with the right amount of free space to play and have fun.

So far, 30 Japanese schools have already opened their doors for students in 19 governorates all over Egypt this academic year. And more are yet to open this month.

Over 13 thousands students have been admitted into the schools, more are still expected; and 700 teachers and instructors have been contracted with. The tuition fees are set at around 10,000 EGP until now.

This sounds really interesting! What do you guys think? Is the Japanese experiment going to work in Egypt? Could we see more of that system applied in other schools in Egypt in the future? Who knows, maybe!