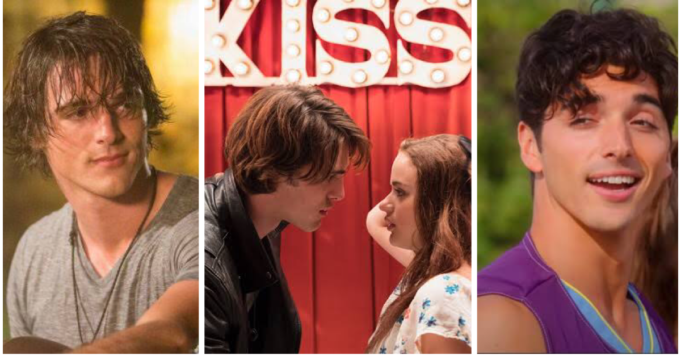 The “Kissing Booth” sequel was released on July 24th. And as popular as the books are, not to mention the success of the first movie released in 2018, we’re afraid to inform you that the sequel is, in fact, bad.

Before we dig into the reasons why, in our opinion, “The Kissing Booth 2” is such a waste of time as well as an absolute disappointment, we need a little recap.

In the first part – obviously based on the first book of the series with the same name – the protagonist Elle Evans fell in love with her best friend (Lee) ‘s older brother, Noah Flynn.

Being a heartthrob with a player persona and a reputation at school, having a relationship with Flynn was not the easiest thing. Let alone when this relationship involves his younger brother’s lifetime best friend.

Aside from that, Elle and Lee have set out rules for their friendship ever since they were six. Those rules included “relatives being off-limits”. Meaning that Elle and Noah’s relationship is absolutely forbidden in Lee’s eyes, especially that Lee has always been jealous of his popular good-looking brother who would always get what he wants.

Therefore this relationship needed to stay a secret, and well, the rest is history…

The second part picks up where we left off when Flynn left for Harvard and Elle rekindled her friendship with Lee after he found out about the romance and later accepted that his brother and his best friend were in love.

The sequel’s title is “Going the Distance” – hinting at Elle and Noah trying to make their relationship work when they’re 3000 miles apart.

So you could say that it’s the typical cheesy long-distance relationship movie.

However, of course, “The Kissing Booth 2” had to involve a next-level drama in order to differ from the mess that occurred in the first part. And this drama happened to be Elle doubting Noah’s loyalty, acting on her jealousy, ending up hurting him and turning into a cheater – kind of – herself.

In addition to Elle and Lee, yet again, facing some challenges in their friendship.

Details aside, what is significant about this movie is the introduction of a brand new character, Marco, who’s obviously the “new kid” at school. Elle and Marco developed a more or less tight friendship towards the end that soon developed into a very light, one-sided fling at some point.

The cast, just like the first movie, was very well-chosen. Even the new faces were on point. And the performances were also pretty good – didn’t differ much from the first part – despite some exaggeration from both Elle and Lee that we’re going to tell you more about later.

But in terms of what we liked about the movie, in addition to the general aesthetic, that’s about it.

Unlike the first movie, this one was unfortunately boring and slow-paced. That being said, towards the end, things felt very rushed all of a sudden. Which honestly made it worse. Because the important events basically happened in the last 20 minutes of the film.

We get that it’s the nature of any climax leading up to a resolution, however, it just wasn’t done correctly in the movie. And even though we didn’t read the books, the whole time, we were pretty sure that a big chunk was cut out. It was very obvious.

Which is why the movie didn’t turn out the way we hoped. There was something missing – like plot holes.

Another thing we strongly disliked is the exaggeration mentioned above; there were honestly some moments that just felt awkward because they were overly done. For example, the way Lee’s girlfriend was so upset about Elle’s constant presence was just too much.

Even though the idea or the reasons behind her anger are understandable, the delivery was very exaggerated. When it comes to this specific character, the acting wasn’t the greatest thing and the dialogue, in general, could’ve been better.

Not to mention that the conflict that arose between Elle and Noah or even Elle and Lee felt made up and just unnecessary. Even their own reactions, as mentioned earlier, gave that away.

As much as we loved Marco in the movie – we felt that his character lacked depth or any dimensions whatsoever. And that goes back to his very little time on screen in comparison to the rest.

We do understand that the main problem definitely lies in the books. But the movies could’ve still treated any holes and made the film more solid and not the bunch of fillers it turned out to be.

In conclusion, “The Kissing Booth 2” didn’t live up to the hype of the first one at all. The events were unfolding in a shallow manner and the details left out from the book made the plot seem ridiculous, typical and weak. And as dreamy as Noah Flynn is, if we had to rate the movie, we’d easily give it a strong 4.

Mainly because if it was left at the first one, even with its flaws, it could’ve passed as a sweet Wattpad-based chick-flick. But now, not so much…

What about you? Have you seen the sequel to the teenage hit yet? And how did you feel about it? Let us know!