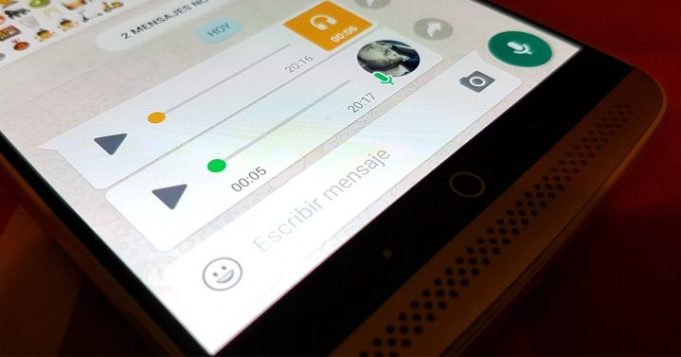 Leaked voice notes have always been a thing since the invention of voice recordings. Recently, however, the trend’s starting to get too personal.

The leaked Egyptian voice notes trend has been mostly either embarrassing situations or absurd explicit sexual content. The content is almost always so bizarre, and honestly disgusting, which makes it funny for outsiders.

Some of the infamous voice notes include a mother scolding her daughter over a picture her friend posted. Others include people sharing sexual experiences. While others include breakups in the most unusual ways.

With that said, there’s an absolute major problem over the fact that we do find this funny.

Don’t get us wrong, some are actually harmless and quite funny. Like the one about a man sending a voice note to a real estate agent who keeps sending him real estate offers.

Others, however, aren’t as light-hearted.

I’m not Mother Teresa, I did laugh over these voice notes myself, but after taking a moment and actually thinking about it, this is wrong on so many levels.

What’s making the situation worse is the fact that people’s identities are now being revealed and shared with the voice notes.

Leaked content has always been a taboo, and illegal, in most countries. In Egypt, however, it’s always taken lightly. Even sex tapes are being joked about, and no one ever thought of finding out who leaked them.

But just so we don’t get off topic, let’s stick with the leaked voice notes. Starting with the obvious…

How do they get leaked?

A friend of a friend had her breakup voice note leaked and shared all over Egyptian phones. Granted, the breakup was honestly hilarious, but I had to know how did it get leaked? I started asking questions and went to the source.

How did we know the identity of the girl?

While sharing a personal voice note by itself is unacceptable, it somehow got worse.

Apparently, victims of leaked voice notes reach out to each other.

This girl told me that another girl whose voice note got leaked reached out to her to support her, and, of course, I asked her if she can let her contact me. She did.

Funny enough, this girl’s Facebook profile got leaked as well, however, she was not the one who sent the voice note.

They both do sound very similar, yet the only difference is their English accent. The one in the voice note spoke in a British accent, while the person I spoke to had an American accent.

While it was not even her speaking, the girl’s workplace was listed on her Facebook account. Some people – numerous people according to her – contacted her workplace and demanded they fire her.

And they did fire her.

The legal problems they face

While we’re still not going after whoever leaks private content, when someone admits to doing something illegal, they do face the consequences.

Other than their first names, which were mentioned in the voice note, their identities, luckily, have not been revealed. But we can only imagine the damage it has caused to their lives, as well as their families.

It’s honestly quite disturbing how we can easily be detached from thinking that real people are behind those things. The internet culture did make us get detached from human emotions.

Seeing and hearing a person behind a screen made us start thinking that they are not real people.

Take the case of Abdel Rahman Al Shahrany for instance; the man who became a meme and almost killed himself after it. This man tried his best to roll with the punches, but it reached the point where he can’t take it anymore and had to go on TV to beg people to stop.

What can we learn from this?

You need to understand, people are becoming evil by nature

Evil became the norm. What was even considered evil back them, is normal right now. Just like the issue with the leaks. We are becoming detached, and selfish. It’s sad, but it’s also a reality.

We live in a world where if anything is online, it will remain there. Even if it’s just on the cloud.

Be respectful with what’s sent to you:

While this should go without saying, but how about not forwarding private voice notes to others? Honestly it baffles us that this is happening to begin with, but apparently, some people need to know that. You could literally put your friend’s life in danger because you thought forwarding the voice note is funny and harmless.

Whether you know the person or not, don’t share their personal contacts or their pictures. Again, this should go without saying.

Okay, we get it; they’re funny. They really are. Ethics aside, knowing other people’s miseries has always been amusing. We understand. I mean, fail videos have always been the top videos on the internet since the birth of the internet, but that does not make it right.

Be considerate of those people, and their lives. Your two minutes of laughter could easily destroy a person’s life.

While we had our giggles for a while, it really is about time we put an end to this trend. It’s going too far and becoming a regular and normalized issue.

This won’t end unless we start with ourselves.