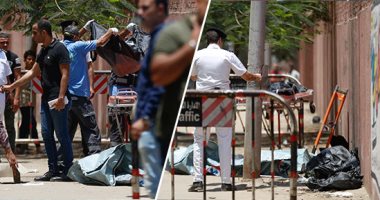 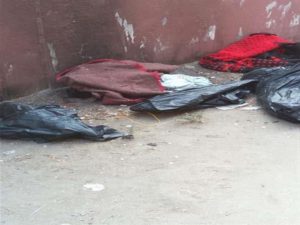 Three bodies have been found, slaughtered and wrapped in black plastic bags, in El Maryoteya this  Tuesday morning.

The dead bodies belong to three children aged 1 to 5 years. They were discovered in front of a deserted house near a famous hotel in El Maryoteya. A woman in her 40’s got suspicious when she saw a street dog grubbing in the plastic bags.

General Ismail Ragab, manager of West Giza sector, was the first to get notified about the incident.

The bodies, already decaying, have been transported to “Zeinhom”‘s morgue in Al Haram. There are signs of stabs and scars all over the bodies. One of the three children, has his internal intestines completely out. The criminal evidence team has confirmed the presence of some head injuries and suffocation, that have been present for days now.

Policemen and the Public Prosecution are working on the video footage from all the surveillance cameras around the area. The absence reports (Missing people’s notice) are also being investigated.

On Wednesday, as the investigation continued, the prosecution has received the forensic medicine report, which cancelled the organ trafficking possibility.

As the report confirmed that the reason of death was burning and suffocation, hinting that the children were locked in a place where a fire started.

The identity of the three kids is still unknown.