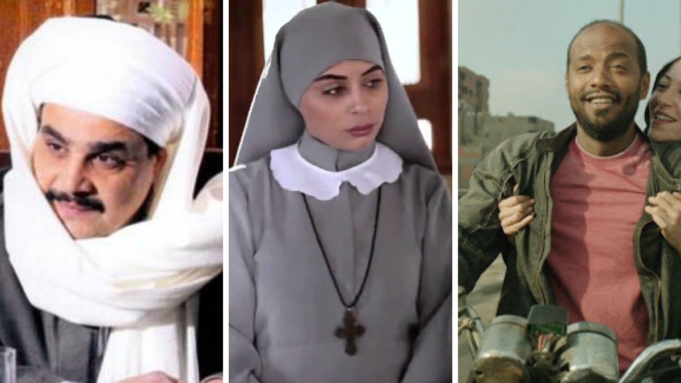 We’ve talked before about the seedier side of Egyptian entertainment, so we know the fact that we’re veering off to the topic of representation should come as a no-brainer.

See, representation in Egyptian entertainment is kind of tricky. For one thing, it can either be horrible representation that will make you rue the day you’ve seen people like you on TV. Or it can be a representation so lacking, it’s kind of nonexistent.

So, who gets the shortest end of the stick when it comes to representation? We’re glad you asked; it’s all laid out here.

Quick, can you tell us how many Nubian Egyptian actors you know, just off the top of your head? If you’re struggling to name any, it might be because you’re only thinking of Mohamed Mounir and Amir Salah El-Din and their sporadic acting careers.

And, sadly, the little we see of these two musician/actors is the better part of Nubian representation. Most Egyptian media forms have taken to pigeonholing Nubians in certain insignificant roles. And what about the few times when a Nubian can be cast in a heartfelt, important role? Well, that’s where the Blackface comes in.

While Nubian Egyptians struggle for more non-stereotypical representation, Siwans don’t have the slightest shred of representation in Egyptian media. In fact, if it wasn’t for Wahet El-Ghoroub, they might have never made it to the mainstream.

That’s not, of course, forgetting the fact that no one in that show’s main cast was from Siwa. Make of that what you will.

Before we go on to discuss anything, we’re not saying that Coptic Egyptians aren’t represented at all or are vehemently misrepresented when they’re on TV and film.

To this, we offer an easy remedy. Write the script, and write a compelling, realistic character. And when you’re done, make the character Coptic. There you have it, fully-fleshed out!

Armenian Egyptians are an often-forgotten group in media forms because, well, they’ve kind of become so integrated with the country, no one considers the immense culture and identity they come with.

And, considering the impact Armenians have had on our culture, it’s a slap in the face that they’re not even acknowledged. Not in passing, not even in historical period dramas.

The Sa’idi representation we see in media is a classic case of the over-saturation of bad representation. Think about how many Sa’idi dramas you’ve seen where gun violence and revenge and cold-blooded murder were the major elements.

Now, think about how many Sa’idi dramas you’ve seen where the topics up for discussion were anything but the ones we mentioned above? Exactly, that’s the problem with Sa’idi presence in media.

It’s time we gave everyone proper representation, don’t you think?