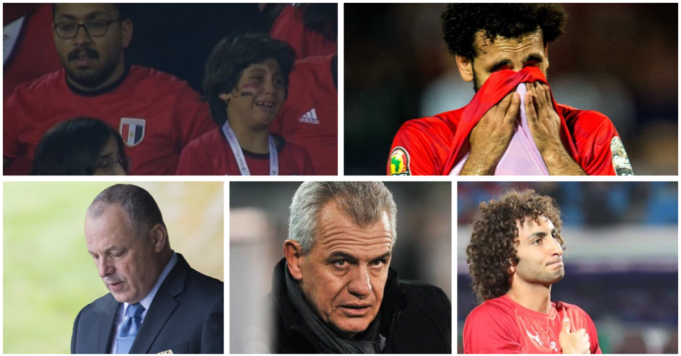 On the evening of Saturday June 6th, Egypt was officially knocked out of the round of 16 of the 2019 Africa Cup of Nations. The ‘Home‘ side lost 0-1 to South Africa at Cairo International Stadium, in the presence of over 70,000 fans.

To say that what happened was expected is an understatement. And you know what? The scenario that went down was perfectly fitting everything that had happened ever since this tournament started.

From the day it was announced, this tournament was like TAILORED for Egypt. And no, not tailored in the ‘corrupted way‘; although many thought that this was the case from the beginning. Jokes on you now!

But no, it was basically made for Egypt because the players simply had ALL THE FACTORS to win, and still didn’t. First and foremost, they were playing on home soil. Second, the fans returned in full force to the stadiums after a very long period of absence!

This ALONE should have been a motive. And they made it seem like it was, with all their ads and campaigns. Every single ad was talking about how we’re ‘the owners of the land‘ and how the presence of the fans in the stadiums is going to make ALL the difference in the world.

Guess what? We went. And we barely missed a single game. Everyone was basically fighting to get tickets and be there to support ‘their’ team. Despite the pricey tickets, we still chose to stick by our National Team in order to win the long awaited title.

Let’s talk about Amr Warda, shall we? Isn’t it funny that we lost in such a disgraceful way a few minutes after he set foot on the pitch? It’s amusing how karma works, right? Like, that one had an instant impact.

After the Amr Warda news broke out, the internet was split. Some vowed to boycott the National Team after all the players, along with the Egyptian Football Association (EFA), made jokes out of themselves by bringing the sexual harasser back to the team only ONE day after announcing his suspension.

However, the majority still chose to disregard the issue and go support the National Team. But did they care? Was that appreciated? Actually no. All they did was shoot daggers at us in the stands when they scored goals. 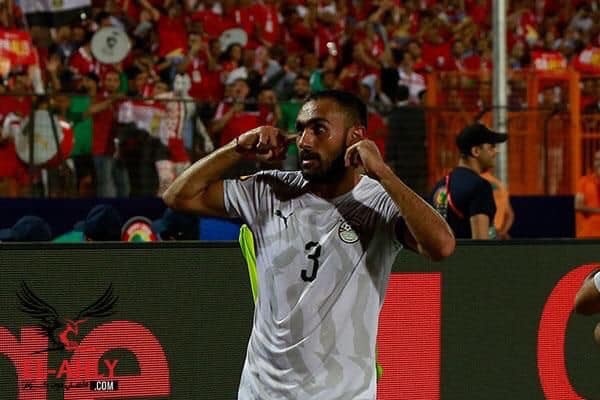 Oh, and raise Warda’s shirt in Uganda’s game like he was some kind of a political prisoner. For God’s sake, give us a break!

Let’s not forget how the sexual predator returned to training with a HUGE – or we may say, a victorious – smile on his face. 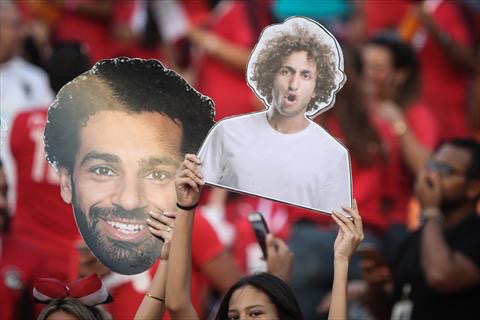 Also, those who cheered for him – boys and girls – when he came on during the second half, how do you feel now?

A Scandal, for the Millionth Time

As if the Russia 2018 World Cup scandal wasn’t enough! When we qualified for the World Cup for the first time in 28 years, the joy was indescribable. But, not long after, it all came crashing down the moment we lost to Saudi Arabia in the last game of the group stage.

From the celebrities who were invited to go cheer for the National Team, the random people who stayed at the same hotel as the players, and those who would knock on their doors at 4:00 AM for pictures; it was a complete disaster.

But was that enough for the EFA to resign or take a stand? Absolutely not. They pretended it wasn’t their fault and chose to go on as if nothing happened.

And what was the result? Another scandal, but this time, it’s here, at home, on our very own turf. The worst part is, we saw it coming!

Whose fault is it? The EFA, the coach or the players? Social media?

Every single time, they would come out and blame the coach. Especially the EFA. And for so long, even during the heartbreaking World Cup scandal that infuriated all of us, we still refrained from pointing any fingers at the ‘poor‘ players.

That being said, this time around, everyone is at fault.

The EFA, as always, made the same mistakes and ran things with no conscious. They proved – over and over again – that they can’t manage, take decisions, or handle any crisis. They are just professionals at making Egyptian football look horrible in front of the fans and the whole world, for that matter.

This is not just bad management, this is a disaster!

As for Mexican coach Javier Aguirre, it was clear from day one that his game strategy is WRONG! We lost a friendly for God’s sake! Wasn’t that an obvious indicator to our downfall? 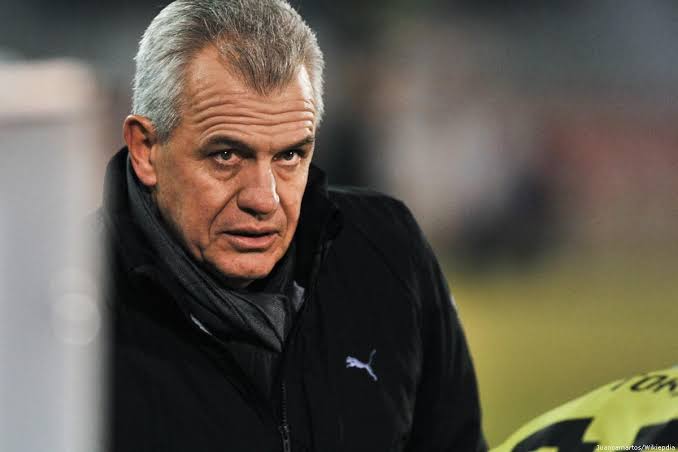 And what about about the final squad list? Why wasn’t Al-Zamalek’s Mahmoud Kahraba chosen? What was wrong with Abdallah Gomaa? Muhamed Hani? And the list of those who should have joined the National Team goes on. The reason why they weren’t called in is still a mystery.

Apart from that, when the tournament itself began, it was again, very evident that if we keep playing with the same strategy we’re going to lose. Everybody saw it coming, but NO ONE did anything about it!

We won against Zimbabwe, Congo, and Uganda by pure luck! And that’s not even a joke. How the hell did they expect to go further in the knockout stage with those players, substitutes and strategy?

Oh and wise choice letting Amr Warda – who has zero impact and ability – play despite all the drama, by the way! 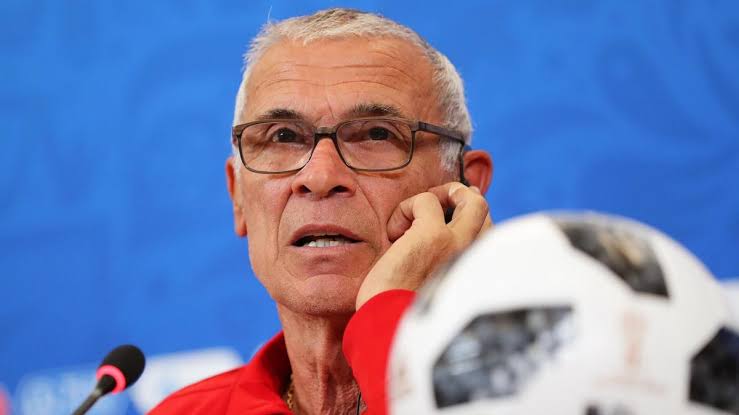 However, because everyone did something wrong in this story, we can’t put the blame on Aguirre alone; because that’s what we did with Hictor Cuper and look what’s happening now. At least, the guy knew our limited abilities and still made us reach the finale in 2017!

We also need to talk about the players who were not even trying for the whole tournament! From those who kept picking up girls on Instagram, to those who were too busy defending the sexual harasser Amr Warda and posting photos and tweets on social media; nobody had time for playing to win the African title, right? 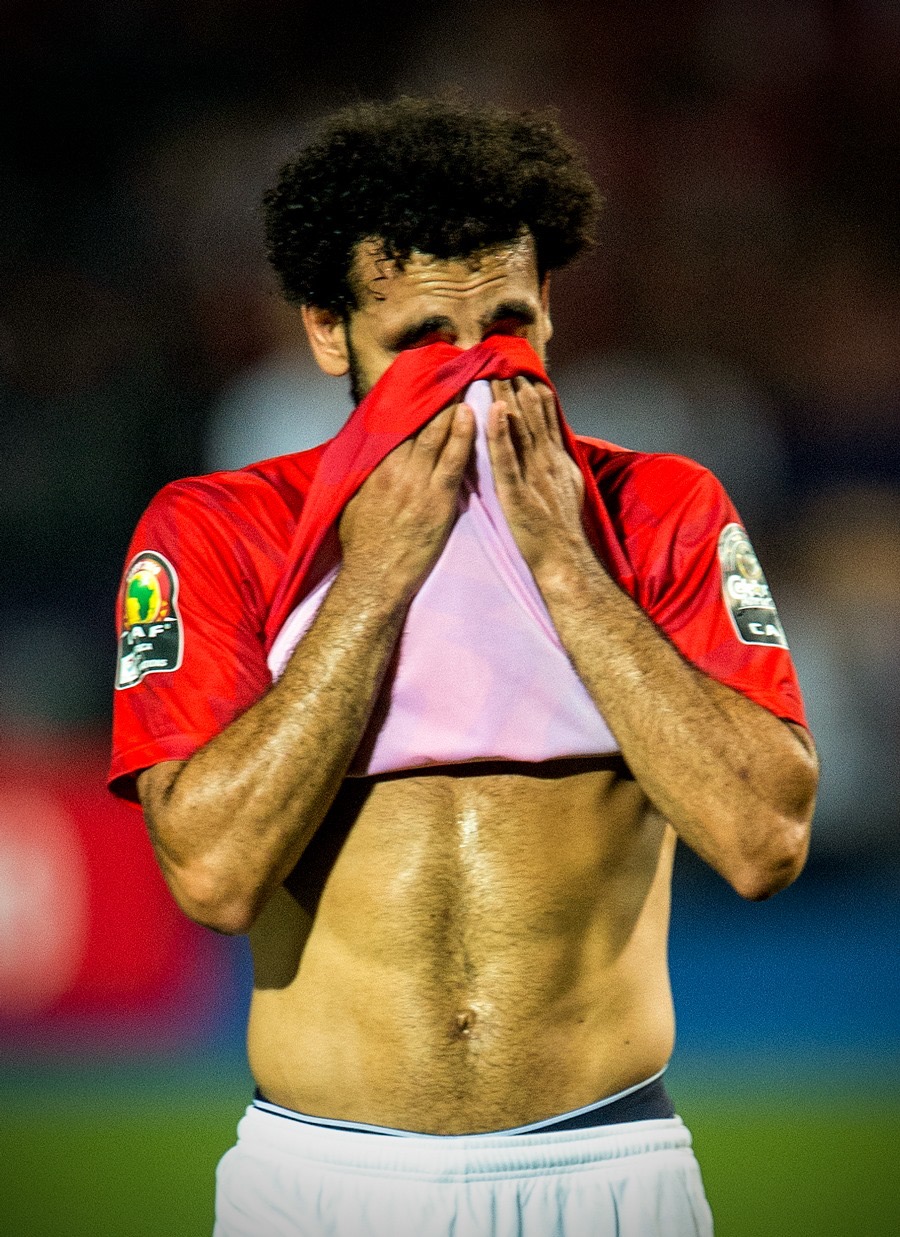 On top of that, what happened to Mohamed Salah? We get he doesn’t represent the whole team and shouldn’t be blamed alone. But why did it seem that he was too afraid to get injured and was playing it too safe? For God’s sake, if any of you prioritize your fitness for your club futures then don’t hold Egypt’s name, don’t represent us!

Same goes for Mohamed El-Nenny, Abdallah El-Said who disappeared in mysterious circumstances; and basically all of them!

They failed to even show the most important and basic thing and that’s team’s spirit! They had none of that; they had no enthusiasm, no ambition, no will; NOTHING! 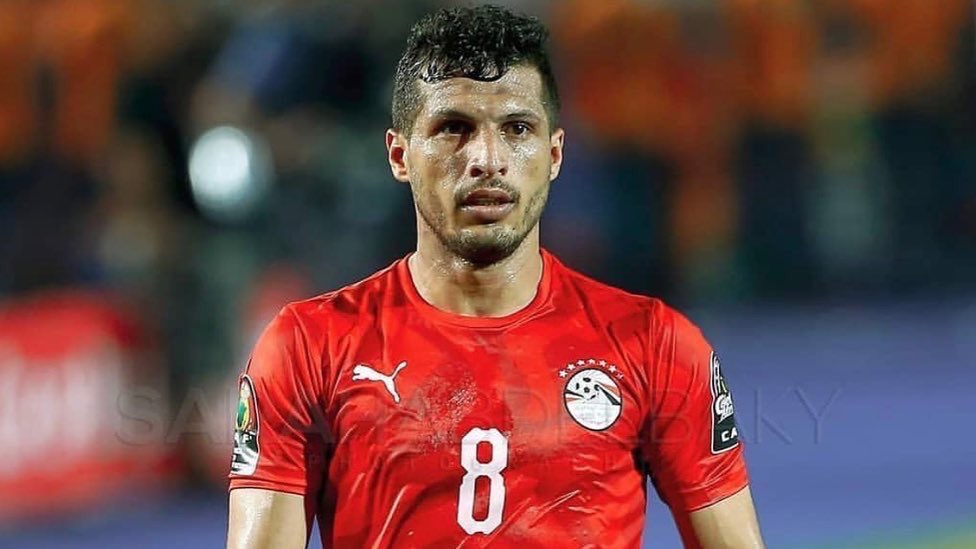 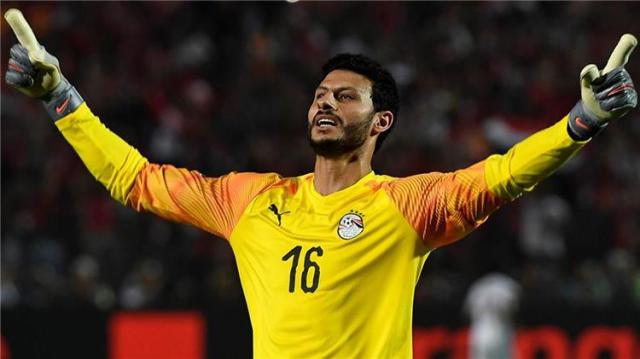 The only ones we could say did their best and gave their all are Tarek Hamed and Mohamed El-Shenawy who deserve all the praise and respect in the world.

Because, we’re the ones who pay the price in the end! We’re the ones who give our all, just to be faced with shame and disappointment. Oh, and get blamed for sharing memes and trying to make jokes out of our misery!

The EFA’s Resignation: Is it Enough? 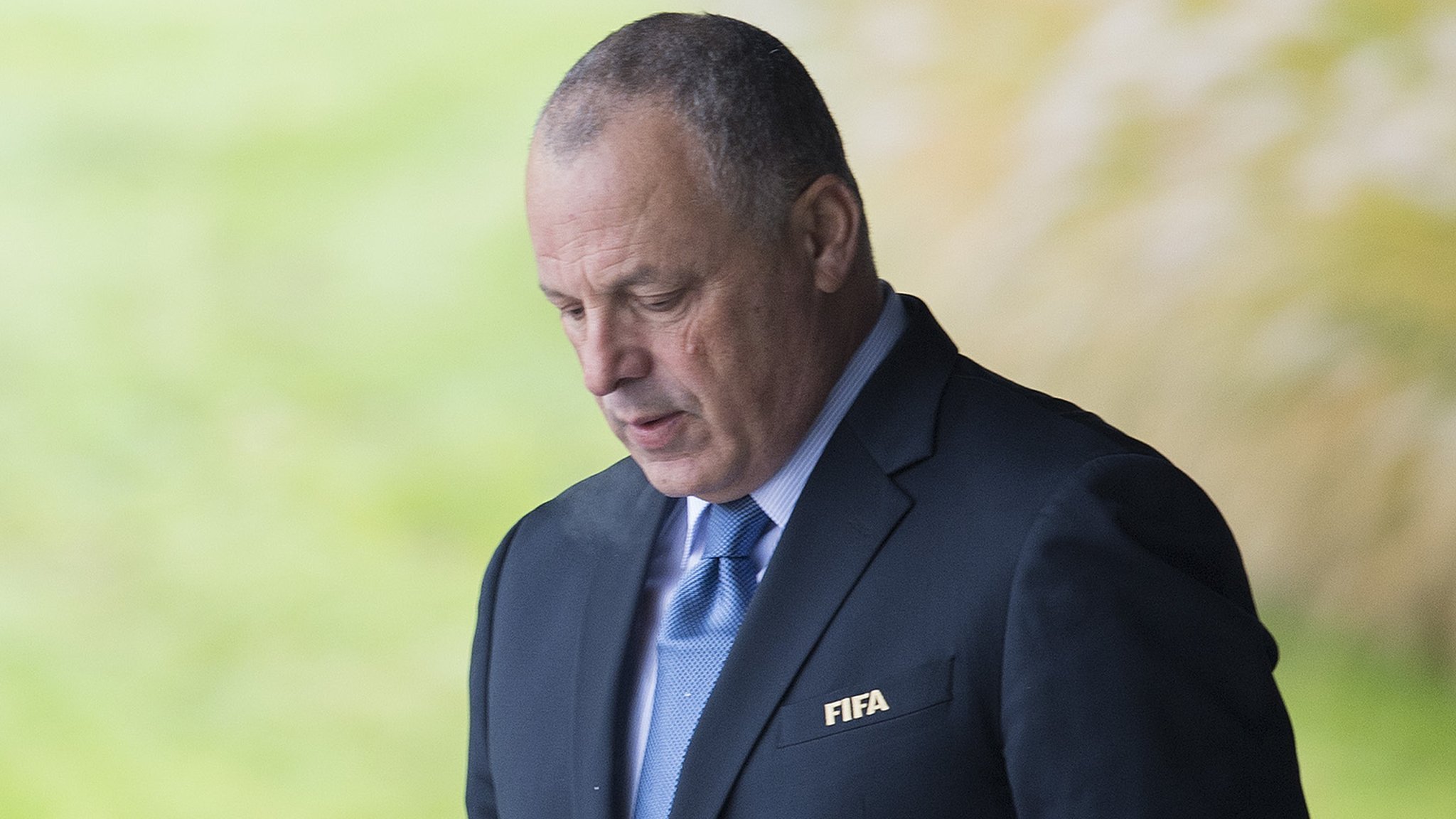 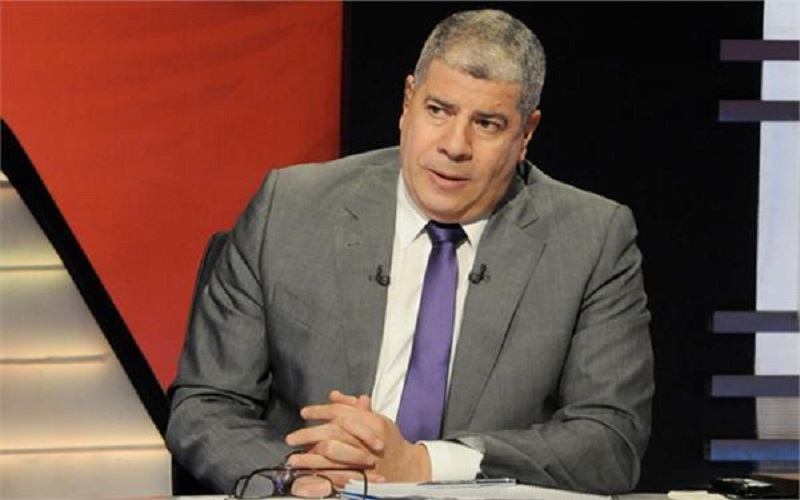 Other than the fact that the resignation should have come way earlier, it still isn’t enough. The EFA’s President, Hani Abo El-Rida resigned shortly after the National Team’s scandalous exit, along with the Vice President Ahmed Shobeir.

He also fired the technical team, headed by Aguirre. And all of the administrative members’ resignations followed, including Seif Zaher, Hazem Emam and more.

Yes, that’s what we all wanted and called for many times. But we need every single one of those to be held accountable for what happened in this tournament as well as the 2018 Russia World Cup; the corruption that has been going on for years needs to be investigated and the people have the right to know everything.

Also, it’s funny how their resignation statement said that ‘ they did everything to help the team’. They are not even convinced it’s their fault! And no actually, they didn’t do anything other than horrible choices and decision making. 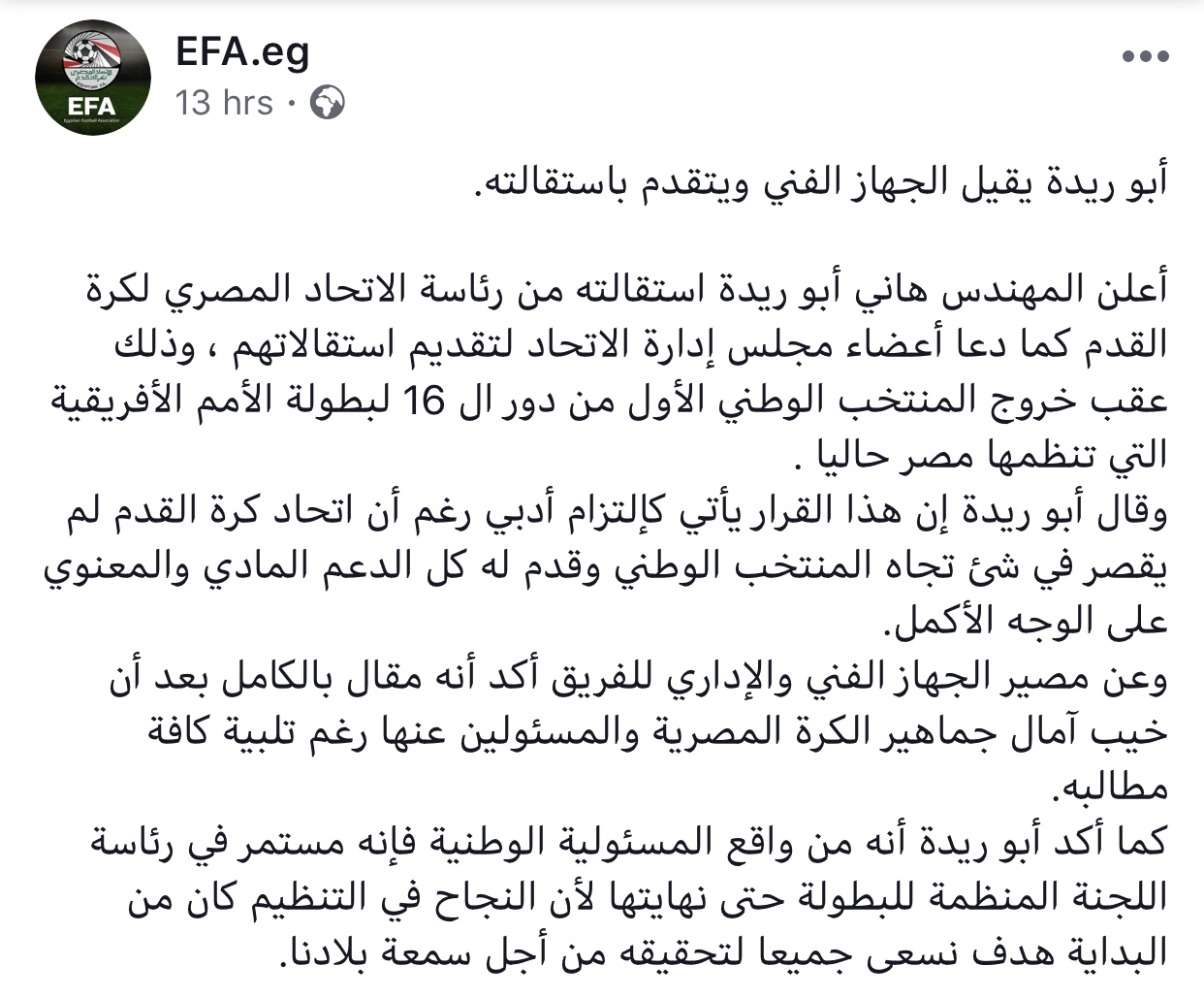 Most importantly, every single one of those names needs to be exposed for good in order to stop them from being elected in the association, ever again.

The Utter Disappointment and Disrespect 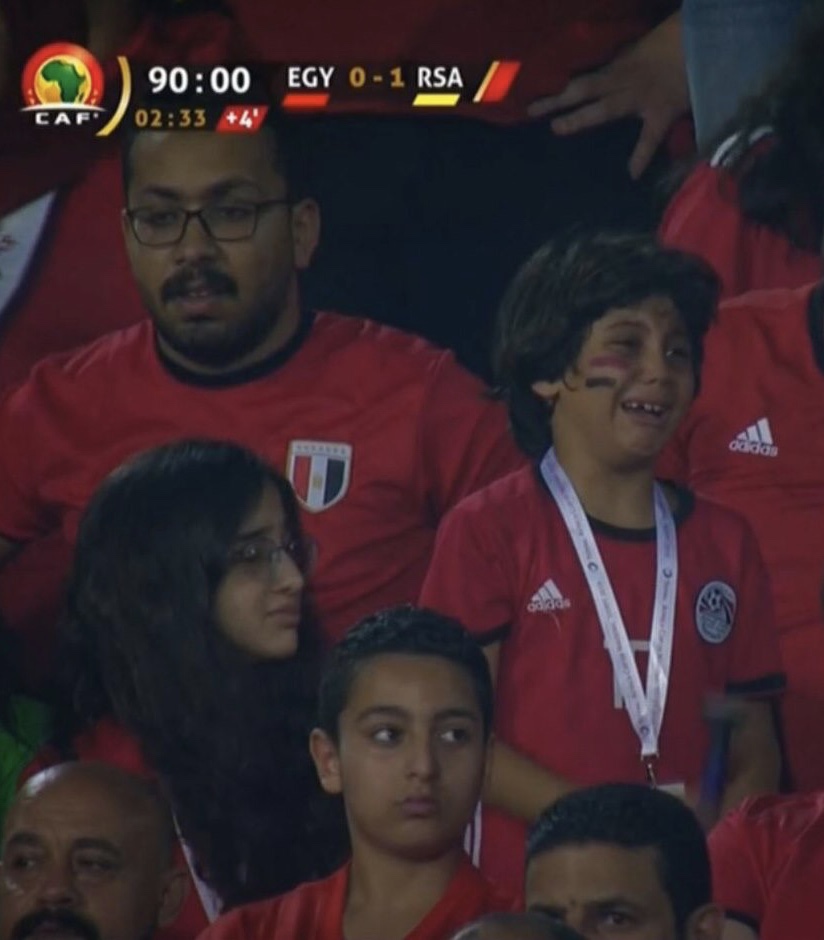 As fans and supporters, we were disrespected in the worst way. It was clear that neither the players nor the EFA cared about our efforts to be there for them. They let us down for the millionth time. All they did was, again, shoot daggers at us when they score and blame us for ‘distracting them‘ by the ‘hurtful‘ social media memes we share.

They didn’t even care to apologize after the disgraceful exit. Yeah, we get they’re ‘sad‘ and all of that drama. But we are too! And have been for so long and still supported them, regardless. And you know what we get in the end, every single time? Utter disappointment.

Do these people realize they’re representing EGYPT’s name? Our country? The one that holds 7 AFCON tiles? The country with the most titled club in the world? The country whose people are obsessed with football because it’s the only thing that makes them bear it all?

After the Warda incident, a lot decided against boycotting the team because we’re not here to support the players anymore, we’re here for Egypt’s name. But now, look what they’ve done to it! A country with exceptional football history!

The loss was well deserved, the scenario that went down was 100% fair. There was not a single match where we were the better team. On the contrary, we were always the worst. Yeah, the whole social media drama was part of the reason why we reached this stage.

But the EFA and players were both the number one reason. They have always been. As for the fans, we did everything and we deserve nothing less than an apology and a FULL explanation.

Finally, Mohamed El-Shenawy and Tarek Hamed were the ultimate heroes and fighters of this sad and disappointing era. So many thanks to them.