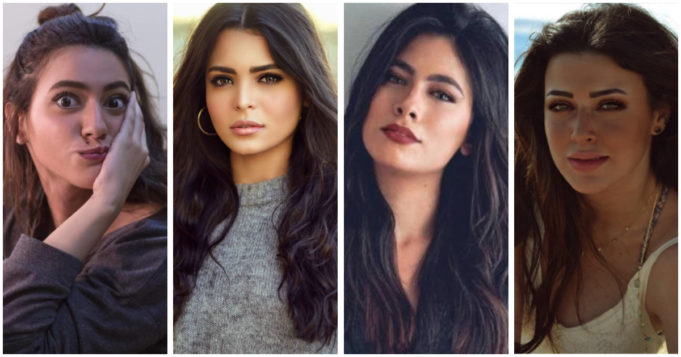 Earlier this week, TVision announced the names of the new leading ladies of the fourth and fifth parts of “Hekayat Banat“. The new seasons of the very popular All-female-star Egyptian TV series are expected to air right before Ramadan 2020.

Like the first three seasons, the plot will also revolve around the stories of the four best friends and their careers, love lives and family issues.

The reactions to the news varied big time. While many were ecstatic that the show is making a comeback, a lot of people just can’t handle seeing their favorite girls being replaced on screen; especially after watching over 60 episodes of them taking on life, together.

The leading ladies of the first three seasons were Saba Mubarak as Ahlam – the protagonist and narrator, Dina El-Sherbiny as Salma, Reham Ayman and Horreya Farghaly as Mariam and Camelia (Season 1), Nada Moussa as Malak and Injy El-Mokkadem as Dija.

We still don’t have much information on who the love interests will be. But we do know that the new episodes are currently being shot – in order to be released soon.

We’re actually on the fence about this because we did love the first three seasons. Maybe even season one and two a bit more than the last one.

However, since we do feel that “Hekayat Banat 3” didn’t quite make the cut in comparison to the first two seasons, we’re concerned about the upcoming ones.

Especially that the whole cast is basically replaced.

With all that being said, it’s still too early to judge and honestly, the new stars look promising. Therefore we really hope the new seasons don’t ruin the earlier ones for us!

Good luck to the new beautiful leading ladies! Tell us guys, how do you feel about the new faces and the idea of a fourth and a fifth season?