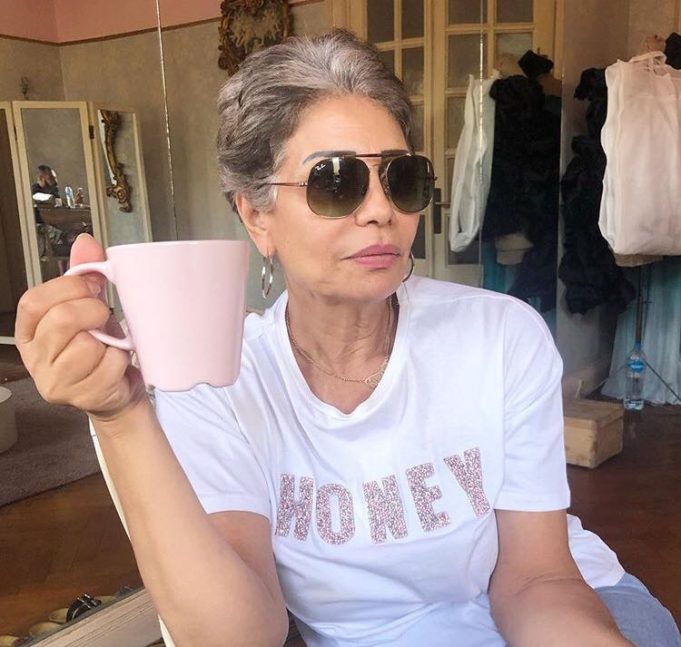 The Nefertiti of Egyptian cinema, Sawsan Badr, is making a huge buzz with her over the top makeover. The dashing look is a mix of Meryl Streep’s iconic look from the Devil Wears Prada and Cruella De Vil from 101 Dalmations. Don’t you think?

At first, we thought the drastic change was just part of her role in the upcoming movie “Welad Rizk 2”. But apparently, there’s more to it!

In a recent interview, the renowned actress admitted that she has finally come to an age where she wants to feel comfortable in her own skin. In her own words ” Lately, when I looked at myself, I couldn’t help but sense that something is not okay.”

According to Badr, It all started when she was asked to stop dying her hair for her role in Ramadan’s TV series Zay El Shams, where she played a mother of two adults. “When I stopped dying my white hair, I felt that this the true me. So I decided to keep the look in real life.” 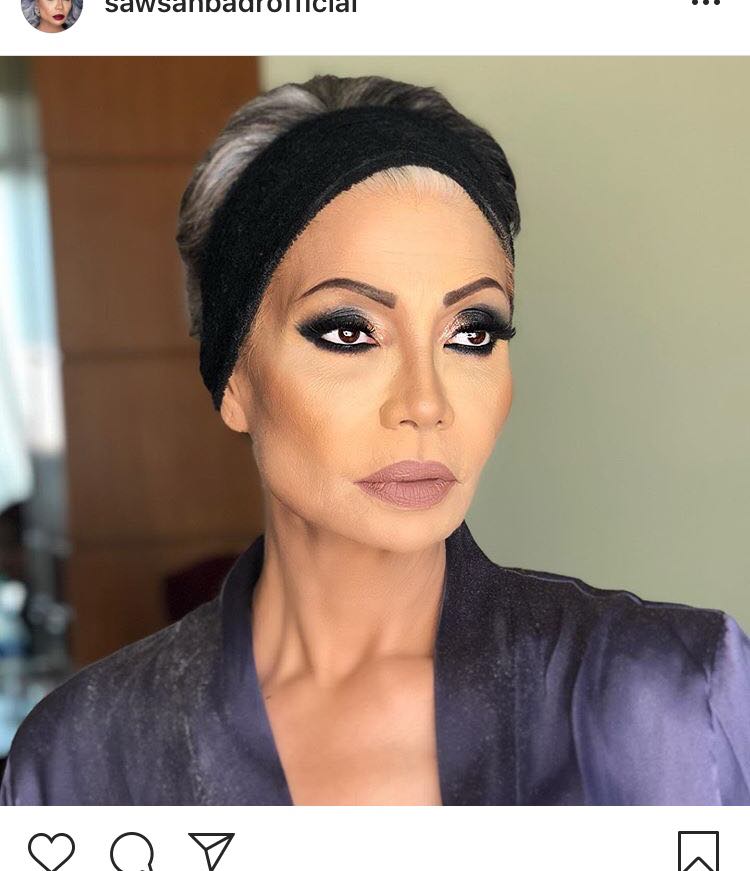 To top it all, she also recently made her debut on Instagram and we can’t help but fall in love with her posts that reflects not only self love, but the diva side to her.

We think it is safe to say, Sawsan Badr is effortlessly becoming the new face of feminism in Egypt. We really hope more actresses could follow in her footsteps and make peace with their age. And to be honest, Badr is aging gracefully!