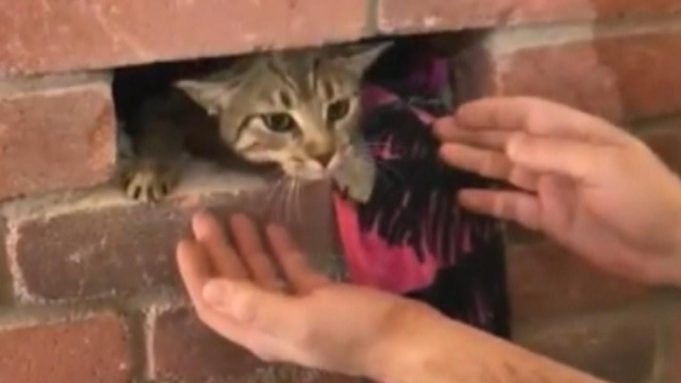 Desouky & Soda, the food franchise, posted on their Facebook page, that they recently suspended an employee working in their Maadi branch due to a complaint from one of the customers. The basis of the complaint was that the said employee was abusing a stray cat, which is one of many that frequent the restaurant premises occasionally. Desouky & Soda’s management stated clearly that this type of behavior contradicts with their work ethics and took the actions necessary.

Their action and approach to the issue are indeed commendable, and it’s rare to see the like of it in Egyptian-based corporations and companies. Seldom any victimized animals in Egypt find any solace and unless their cases go viral, seldom any justice takes place altogether.

Take the case where an Egyptian girl sexually abused a caged monkey (yeah, that happened) and based on video evidence, she was identified and arrested. Not to forget the controversial, systematic poisoning of stray dogs. 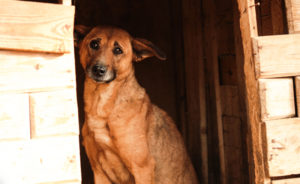 It’s no secret that there is a stray animal crisis in Egypt; an example of it is the issue of stray dogs. Surely it needs to be handled to ensure the safety of citizens, but poisoning helpless animals is not the way to solve this. And thus we wonder: why animal abuse is still okay in Egypt? 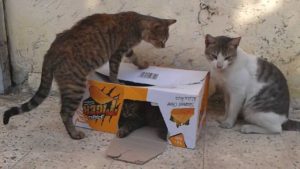 When you talk to your friends and family about animal abuse in Egypt, responses can vary and some even include arguments such as “we should focus more on humans”, “they don’t feel a thing”, “they don’t complain; they are animals”. 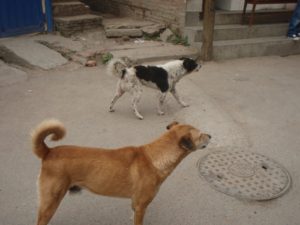 Many of the responses focus on other important things taking place that we need to tend to. We won’t say that this less or more important than other issues in the Egyptian street; however, what is so difficult about being neutral, if not benign?

Too many people use these notions as an excuse to justify violence towards animals. What’s so normal for people that they regard children beating up helpless dogs in the street or flinging cats from their tails with nonchalance? Such behavior needs to stop and it’s a telltale of a severe social issue that should be addressed.

What Should Happen And What Can You Do? 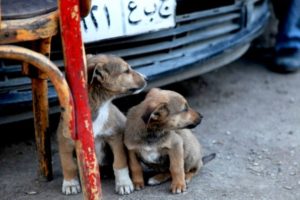 Desouky & Soda’s managerial approach should be an example to follow; they didn’t just fire the employee, instead, they organized a workshop in collaboration with animal rights associations to educate their staff, thus, addressing the issue heads on and devising a solution to it.

Besides the current effort of animal rights activists, an average person can contribute by simply pointing out the behavior or reporting misdeeds against animals; the exposure does help and raises awareness when there is a counter action to the crime. Common human decency can do wonders in such situations. Laws for animal rights should be drafted and updated to act as a form of deterrence.

And if talking to people about this or telling someone to stop doing it is too confrontational for you, at least do no harm. If you don’t want to or can’t help them, you can just leave them be. It can be more helpful than adding harm to the barrage of abuse they already suffer from people on a daily basis.

If Animal Farm was real, we wouldn’t really like the odds, right?